After starting against Cadiz on Sunday, Lionel Messi has broken Xavi's record of the most LaLiga appearances for Barcelona 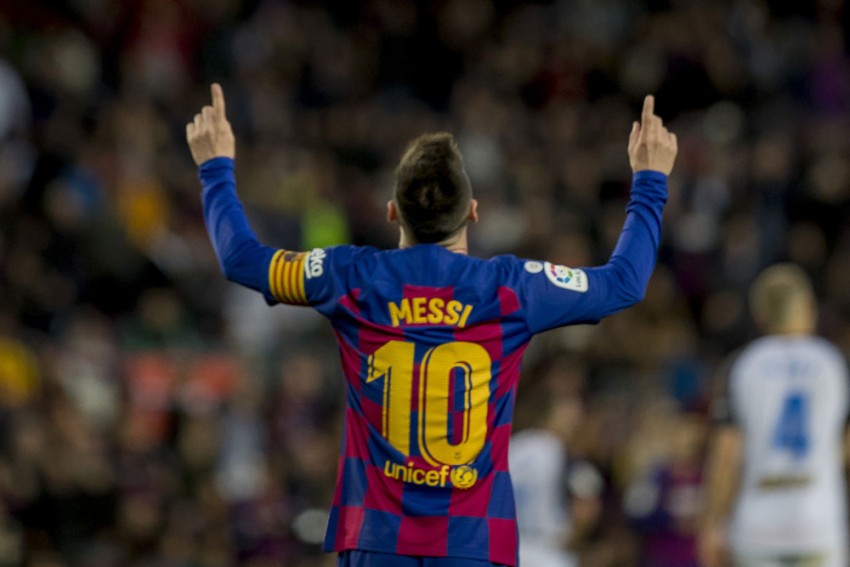 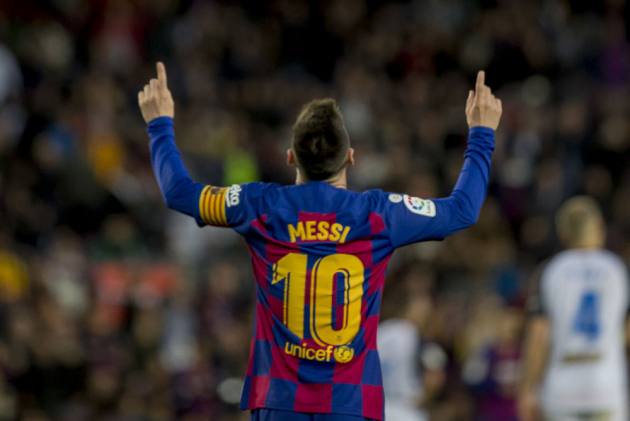 Barcelona versus Cadiz is not a fixture that particularly stands out on the Spanish football calendar, but Sunday's meeting between the two is momentous for Lionel Messi. (More Football News)

Having played his 505th LaLiga game for Barcelona last weekend against Deportivo Alaves, Messi has now broken a record set by one of Barcelona's most-revered sons.

Xavi retains a legendary status at Camp Nou – his influence during a 17-year career in Barca's senior team was arguably unmatched, as the team was almost constantly built around him as that metronomic hub in midfield.

In the five years since his departure, many midfielders have been signed in the hope they can pick up the slack left behind, but none have successfully replaced him.

He may yet return as coach one day. Indeed, by all accounts it seems he was offered such a chance at least once last year.

But while the legacy of his playing days will remain unblemished, he has lost a slice of Barca history to Messi…

After starting the visit of the Andalusians, Messi moved one clear of Xavi's previous record haul of 505 LaLiga appearances in the Blaugrana.

Like Xavi, it has taken Messi 17 seasons to go beyond 500 outings in Spain's top flight.

But while Xavi opted to depart for a final payday in Qatar with Al-Sadd, whom he now coaches, Messi's career at the very top appears to be far from over.

His penalty in the 4-1 midweek mauling by Paris Saint-Germain took Messi to 20 goals across all competitions for the 13th successive season.

His stunning brace last weekend in the dismantling of Alaves left him on 15 in LaLiga, just one fewer than pacesetter Luis Suarez – it's pretty strong form considering many regard this Messi's worst individual season in over a decade. 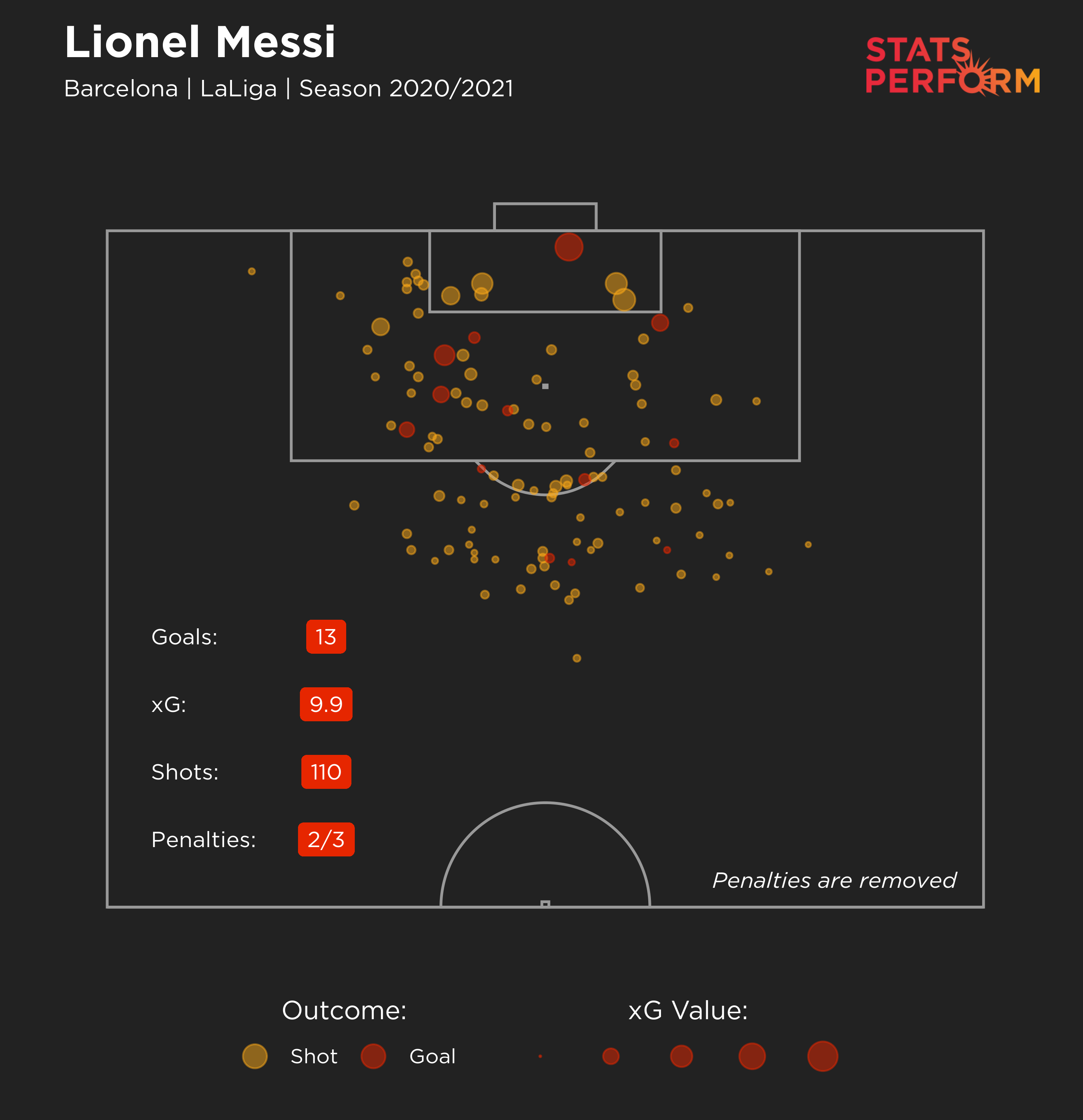 Messi played his first LaLiga game for the club in 2004-05 before firmly securing himself a place in the first-team squad over the following two campaigns.

Xavi arguably made a slightly quicker impression, his 41 league outings across his first two seasons 17 more than Messi managed.

But Messi's remarkable consistency and longevity are reflected in the fact he has not played fewer than 31 LaLiga games in a single season since 2007-08, when he featured 28 times. The year before he made 26 appearances.

Having surpassed numerous club greats such as Guillermo Amor, Carles Puyol, Victor Valdes and Andres Iniesta along the way, he now moves past the final pillar.

20 - Lionel Messi's penalty was his 20th goal of the season for Barcelona in all competitions; it's the 13th consecutive campaign he's scored 20+ for the club. Outrageous. pic.twitter.com/UUWSgghSGv

Of course, it almost goes without saying that it's unclear what further LaLiga records Messi will break because his future is so uncertain.

Will he stay? Will he join PSG or Manchester City?

Given Messi's previous insistence that Barca have to be challenging for titles, on the evidence of this season and their financial state, it's difficult to see them in the hunt for the major honours in the near future.

As such, many will expect him to follow through on his attempt to leave last year when his contract expires at the end of the season.

That shouldn't prevent Messi taking another of Xavi's club records, with the Argentinian just seven behind his former team-mate's 767 Barca appearances across all competitions. No one has made more.

505 - Versus Alavés, Lionel Messi will equal Xavi Hernández as the player to have appeared in more #LaLiga games for @FCBarcelona ever (505 matches). Institution#BarcaAlaves #leomessi @LaLigaEN pic.twitter.com/BYlCIjHWEi

But Messi, who became LaLiga's all-time leading goalscorer long ago, will likely miss out on the chance of setting a new overall league record for appearances.

His 506 is still 116 fewer than Andoni Zubizarreta's 622, with Real Betis midfielder Joaquin – still active at 39 – the closest to the former goalkeeper's record on 568.

Sergio Ramos is the only other active player ahead of Messi on 507, with Athletic Bilbao's Raul Garcia (505) just behind the Barca captain.

Although missing out on such a record would be a minor footnote in an otherwise astonishing career, it's hard to escape from the thought Messi's legacy might be that bit more magical were he to spend all of his playing days at the same club.