Goals from Lukas Provod and Abdallah Dipo Sima helped Slavia Prague knock Leicester City out the Europa League with a 2-0 victory at the King Power Stadium. 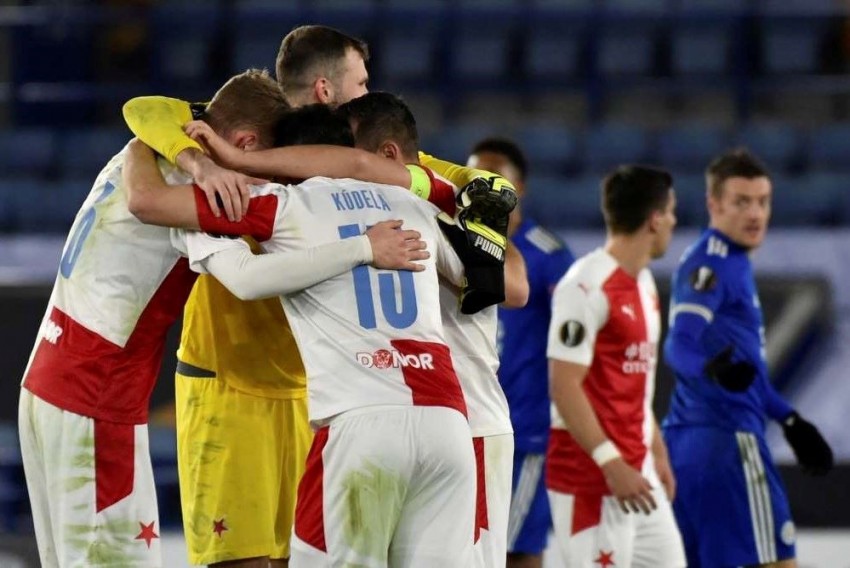 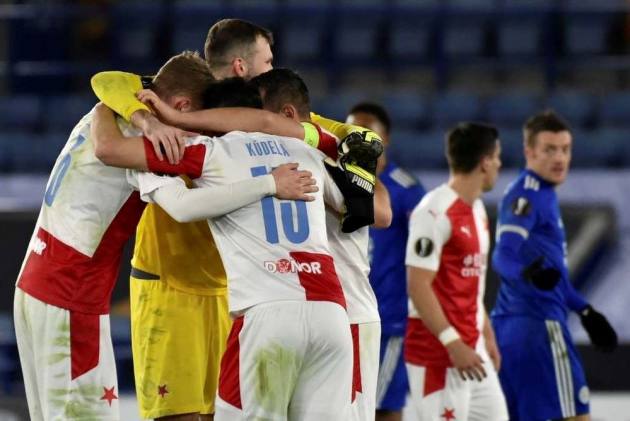 Leicester City were knocked out of the Europa League at the last 32 stage after a meek 2-0 home defeat to Slavia Prague on Thursday. (More Football News)

With the first leg having finished goalless in Prague, Leicester were strong favourites to reach the last 16 at the King Power Stadium.

But Lukas Provod gave Slavia the lead early in the second half with a cool volleyed finish inside the penalty area after his run went unchecked by the Leicester defence.

Abdallah Dipo Sima made the outcome certain with 11 minutes left when he fired home spectacularly from just outside the box as the Premier League high-flyers went crashing out.

The Foxes tried to seize the early initiative as Cengiz Under twice struck efforts from distance, but their opponents looked the more threatening side in the first half.

A weak Caglar Soyuncu header from a Slavia long ball allowed striker Sima to break clear just before the half hour but his early shot went wide of Kasper Schmeichel's goal.

The unmarked Jan Kuchta should have done better for the Czech First League leaders when he planted a header wide from a good position.

Moments before the interval Jamie Vardy escaped down the left but with few options in the box he kicked the advertising hoardings in frustration after his cross was easily gathered by Ondrej Kolar.

Slavia took a deserved lead four minutes into the second half when Nicolae Stanciu's cross picked out the run of Provod, who side-footed a volley beyond Schmeichel.

Brendan Rodgers missed the creative talent of the injured James Maddison but he did bring Harvey Barnes, their top scorer in the competition, off the bench just after the hour.

However, Slavia grabbed a second when the impressive Sima was allowed time and space by the Leicester defence and curled a powerful low shot into the corner of the net.

What does it mean? Rodgers knockout woes continue

Leicester had won seven of their last eight home matches in European competition before this fixture, but deservedly went out after a woeful display against the Czech champions.

The defeat meant Rodgers' poor managerial record in the competition's knockout stage continued. He has been eliminated from all five of his Europa League knockout ties as a manager (all last 32) – with Liverpool in 2012-13 and 2014-15, Celtic in 2017-18 and 2018-19 and now Leicester.

Eyebrows were raised when Slavia slapped a hefty £50million price tag on Sima amid interest in January, but a confident display showed why he is hot property.

The forward's four goals is the most by a teenager in this season's Europa League and the 19-year-old from Senegal produced a classy finish for his goal.

Vardy left to eat his words

After a Europa League group stage game earlier in the campaign Vardy said Leicester were one of the favourites to lift the trophy, but he was among several players to underperform as they failed to make it to the last 16.

The striker had just five touches inside the Slavia box and failed to register a single shot on target.

- Slavia secured just their second win over an English club in all competitions, having also beaten Leeds United in March 2000. This was their first away success in England.

- Provod's goal was Slavia's first shot on target of the night and was the first time Leicester had conceded in 234 minutes in the Europa League.

- Stanciu has provided three assists in the Europa League this season, more than any other Slavia player.

Leicester are back in Premier League action on Sunday when they host Arsenal, while on the same day Slavia have an away clash with Slovacko in the Czech First League.