Albert Celades' Valencia reign began with a 5-2 loss to Barcelona, in which Ansu Fati once again made headlines for the LaLiga champions. 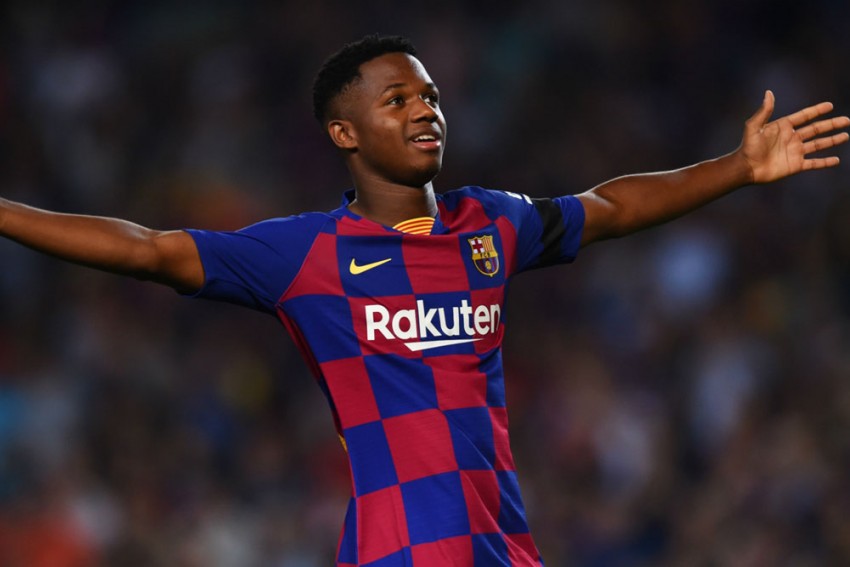 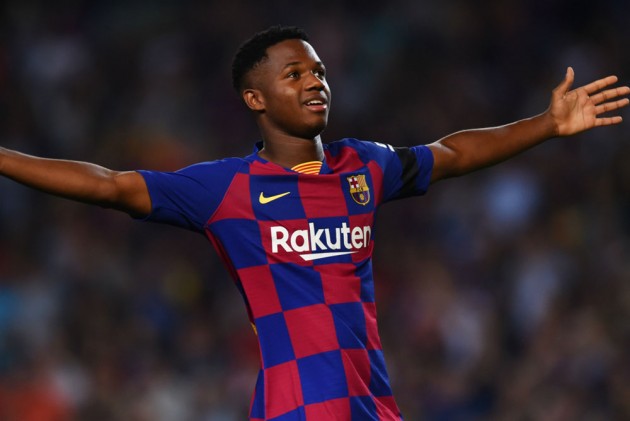 Winger Fati, just 16, got a goal and an assist for Frenkie de Jong in the first seven minutes of his full debut for the club, having become their youngest league goalscorer as a substitute in the draw with Osasuna last month.

Kevin Gameiro pulled one back for Valencia, who caused a shock this week when they sacked head coach Marcelino and replaced him with the inexperienced Albert Celades, but Gerard Pique effectively killed off the contest 51 minutes in.

Luis Suarez scored his first goal of the season with his second touch after coming on as a substitute and added a late second to seal the win, as Lionel Messi - still not risked following a calf injury - watched on approvingly. Maxi Gomez pinched a late consolation, his first Valencia goal.

1 - Ansu Fati (16 years and 318 days) has become the youngest player to both score and assist in a LaLiga game in the 21st century. Diamond. pic.twitter.com/jk2zA8ddbZ

He turned provider five minutes later, dancing his way into the box from the left and teeing up De Jong to open his account for the club with a powerful side-foot finish.

Barca appeared in total control but allowed Valencia a lifeline when Gameiro sprung the offside trap and slotted in off the left-hand post, a VAR review granting him a reprieve after the goal was initially disallowed.

Ernesto Valverde's side restored Barcelona's two-goal lead six minutes after the interval, as Pique pounced to tap home the rebound after Jasper Cillessen could only parry an Antoine Griezmann shot against the woodwork.

Nelson Semedo then rattled the other post as Suarez came on for Fati, and the Uruguay star promptly scored with his second touch of the ball, feinting before bending a shot into the bottom-left corner.

1 - Frenkie de Jong in the first half against Valencia:

What does it mean? Barca take advantage of Atletico slip-up

Atleti's 2-0 defeat to Real Sociedad earlier means there is not a single team in the division with a 100 per cent record this season, despite only four rounds of matches having been played.

Barca made the most of Atleti's loss to move within two points of the early league leaders, while the manner of the performance will give Valverde plenty of encouragement - particularly ahead of the start of the Champions League.

Fati started the season pushing for a regular place in Barca's B team, making his emergence under Valverde all the more remarkable.

He showed a clinical touch for his goal and some excellent wing play to set up De Jong, and went close with two further efforts from distance before departing to a standing ovation.

In his first game at Camp Nou since leaving for Valencia in June, Cillessen made only one save in the first hour - and it left Pique with an easy finish on the rebound. It was not a happy homecoming.

- De Jong scored his first goal and made his first assist for Barcelona. The last Dutchman to both score and assist in a LaLiga game for the club was Mark van Bommel against Real Sociedad in October 2005.

- Fati, at 16 years and 318 days, became the youngest player to score and assist in the same LaLiga game this century.

- Suarez became the first Barcelona player to score a double as a substitute in LaLiga since Neymar against Athletic in September 2014.

- Gameiro has scored six goals in 19 appearances against Barcelona in all competitions, three of them in his last three games against them.

Barca begin Champions League duties away to Borussia Dortmund on Tuesday, with a league trip to Granada to follow four days later. Valencia head to Chelsea before a home league meeting with Leganes.