Having played a key role in their thrilling semifinal win against New Zealand, Angelo Mathews was forced out of the final against India at Mumbai's Wankhede Stadium by a quadriceps muscle injury. 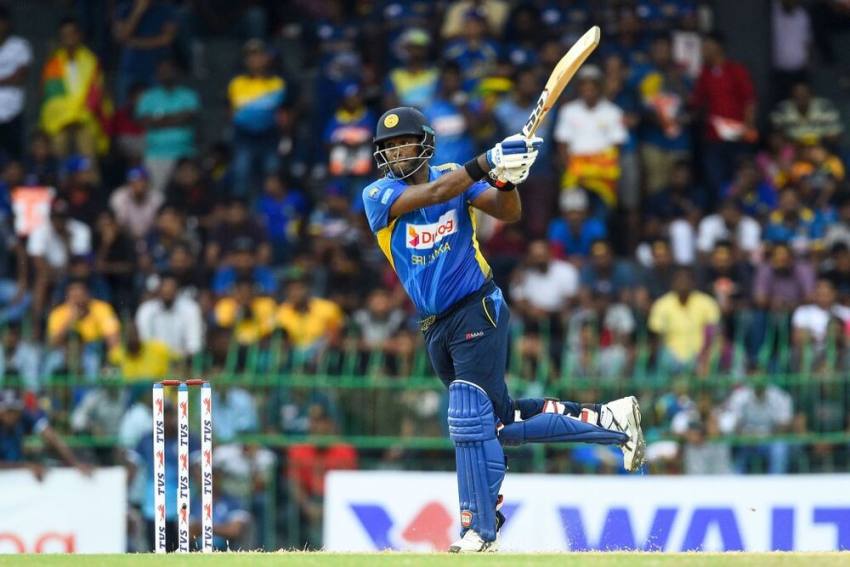 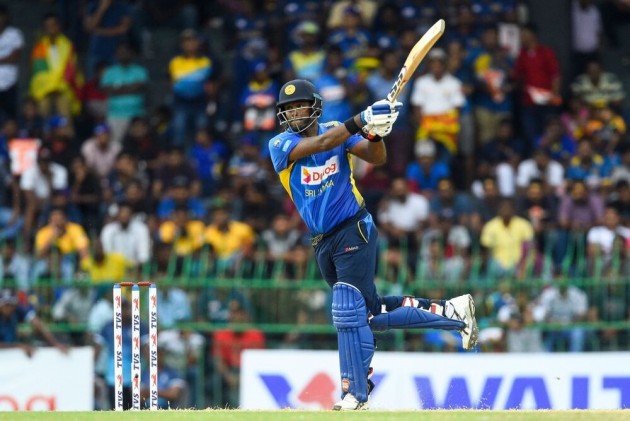 Former skipper Kumar Sangakkara believes missing Angelo Mathews due to an injury hurt Sri Lanka badly in the summit clash of the 2011 World Cup, which hosts India won after a gap of 28 years.

Having played a key role in their thrilling semifinal win against New Zealand, Mathews was forced out of the final against India at Mumbai's Wankhede Stadium by a quadriceps muscle injury.

Reflecting on the six-wicket loss to India, the former Sri Lankan captain said Mathews' injury forced him to opt for a 6-5 combination and was also the reason behind his decision to bat first after winning the toss.

"In that WC final, that's the biggest thing I look back and think...You can talk about drop catches and all of that happens. But the composition of the side and the fact that we were forced to make the change was to me the turning point," Sangakkara said in the latest episode of Instagram series 'Reminisce with Ash' hosted by India off-spinner Ravichandran Ashwin.

Mahela Jayawardene's unbeaten 103 went in vain as India hunted down 275 with Gautam Gambhir setting up the chase with a 97-run knock before skipper Mahendra Singh Dhoni finished off in style, smashing Nuwan Kulasekara for the winning six in his unbeaten 91.

"But for 100 per cent, if Angelo (Mathews) had been fit, I know for sure we would have gone for chase... I'm not sure whether the result would have changed. That balance of team that Mathews would give at seven really was a bonus," the former wicketkeeper batsman said

"If you take our entire campaign, whatever we did Mathews' overs and his ability to bat with the tail and read situations was an incredible bonus to us. He was a young chap who came into the side and from day one he could read situations. It's just instinct, how to up the rate, how to control the bowler, when to accelerate."

During the conversation, Ashwin also asked him about the controversial toss when the coin was flipped twice amid the cacophony of the Wankhede and eventually Sangakkara elected to bat.

"The was crowd was huge. It never happens in Sri Lanka. Once I had this at Eden Gardens when I could not talk to the first slip and then of course at the Wankhede. I remember calling on the toss then Mahi wasn't sure and said did you call tail and I said no I called head.

"The match referee actually said I won the toss, Mahi said he did not. There was a little bit of confusion there and Mahi said let's have another toss of the coin and heads went up again," he said.

"I am not sure whether it was luck that I won. I believe probably India might have batted if I had lost."

The loss prolonged Sri Lanka's wait for another world title as yet again the 1996 champions failed in the final hurdle.

"Whether we win or lose, we have this equilibrium on how to take a win or loss. The smile hides a huge amount of sadness, of disappointment, of thinking of 20 million people back in Sri Lanka who had been waiting for this for so long, since 1996.