While Koneru Humpy was crowned the world women's rapid champion, Norway's Magnus Carlsen claimed the men's title in the space of a few minutes at the same venue on Saturday. 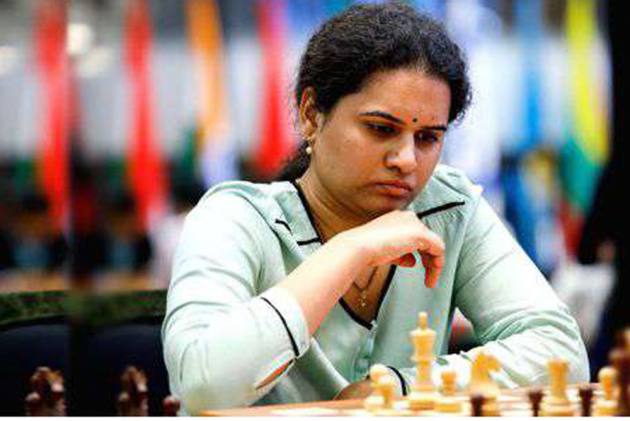 While Humpy was crowned the world women's rapid champion, Norway's Magnus Carlsen claimed the men's title in the space of a few minutes at the same venue on Saturday.

"When I started my first game on Day 3 I did not imagine I woud be at the top. My hope was to reach top three. I didn't expect to play the tie-break games," Humpy said in an interview with FIDE.

"I lost the first game on time but came back in the second game. It was a gambling game, but I won. In the final game, I had a better position and it was a comfortable win."

Humpy collected nine points each in 12 rounds to be tied with Tingjie. The duo then played an Armageddon game to break the deadlock.

The Indian lost the opening game before recovering in the second and then clinched the title in the decider.