Shubman Gill, Nitish Rana have performed consistently for Kolkata Knight Riders in IPL and the Aussie coach Hussey is excited. 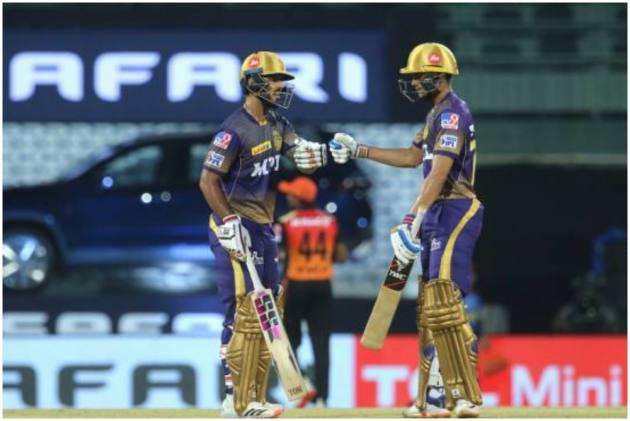 The opening pair of Shubman Gill and Nitish Rana may not have fired in the first leg of IPL but Kolkata Knight Riders (KKR) chief mentor David Hussey believes the duo can ‘shock the world’ with their batting in the second phase of the tournament beginning here on Sunday. (More Cricket News)

While Gill scored just 132 runs, Rana managed 201 runs in the first seven games for KKR in this year’s IPL, which was postponed in April following multiple COVID-19 cases inside the bio-bubble in India. However, Hussey pinned his hopes on the duo, calling them the ‘next generation of Indian players’.

“They both are quality players, they are determined to do very well for the team and for themselves and they have a taste of international cricket now,” Hussey told ESPNcricinfo. “I think they are about to shock the world that they are the next generation of Indian players, not just for one or two series but for perhaps a decade, so if they get going look out for them in the IPL.”

Hussey also backed skipper Eoin Morgan to come good in the second leg after a lacklustre performance in the first phase. “As a captain, he is going to lead from the front. We need some big performances from him. His is probably the hardest position to play in the middle order. He comes in either in deep trouble or coming in with 3-4 balls to go when top orders have done really well,” he said.

“He also has to lead on the field, get the fields correct, take wickets and also gamble a few times...Eoin will be a little disappointed with the last seven games, but knowing well that he is going to be prepared really well, I back him to be dominant in the next 7 games not only with the bat but captaincy as well.”

The road ahead, however, is extremely difficult for KKR as the team is languishing at the seventh position on the points table. However, Hussey believes his team can script a turnaround. “All we have to do is win this ... We have done it before and so we can do it again... I feel we have the squad to do it also. You qualify for the finals and the whole competition starts again,” he said.

In the 2014 edition, KKR had won nine matches in a row to claim the title. Hussey said coach Brendon McCullum is determined to prove a point this time. “Brendon has been phenomenal, been very consistent, whether we are winning or losing. He has been a consistent person, this time there is a bit of determination in Brendon, he really wants to show that this squad can go a long way in the tournament,” the Australian said.