NorthEast United recently signed Asamoah Gyan, who is expected to set the stage on fire in the 2019-20 season of the Indian Super League. Speaking to Outlook, he opened up about his missed penalty in the 2010 FIFA World Cup for Ghana Vs Uruguay. 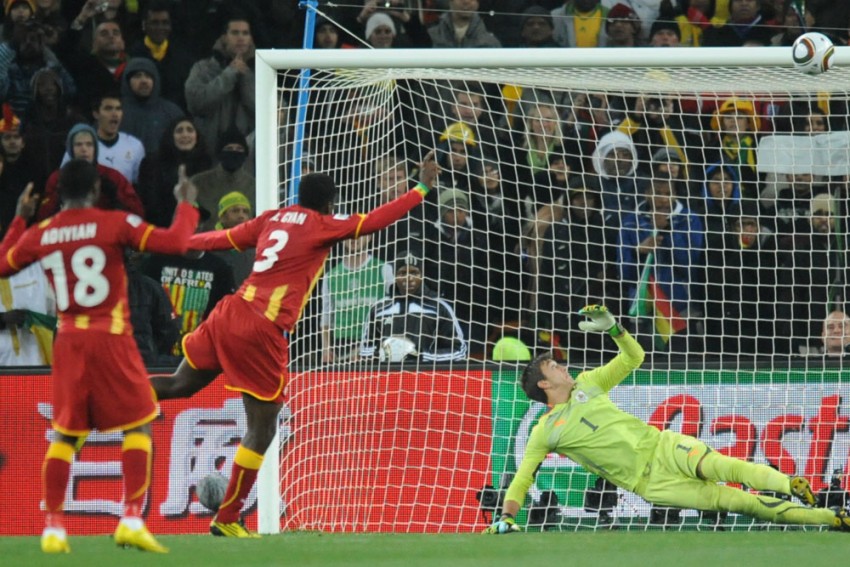 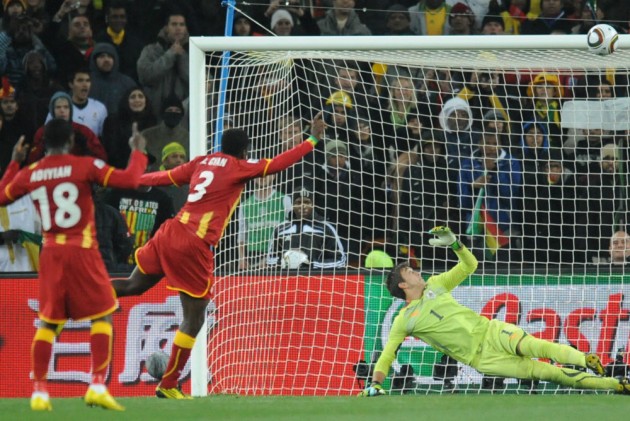 Reminiscing about his crucial penalty miss in Ghana's 2010 FIFA World Cup quarterfinal clash Vs Uruguay, NorthEast United's Asamoah Gyan revealed it still haunts him, and he would prefer to forget about it. Gyan recently joined the Indian Super League side, who roped him in to fill in the void left by Bartholomew Ogbeche.

In the match, towards the end of extra time at the 120th-minute, with the scoreline stuck at 1-1, Luis Suarez was sent off for a goalline handball clearance, leading to a spot-kick for Ghana. The handball prevented Dominic Adiyiah from scoring the winner for the African nation. In came Gyan, his country's talisman to take the penalty. The former Sunderland man's penalty went straight towards the crossbar, out of Fernando Muslera's reach. Having missed the penalty, Gyan did convert his spot-kick in the shootout, but the South American side edged past 4-2 on penalties.

Speaking to Outlook, Gyan said, "In the 2010 World Cup, we were knocked out in the quarterfinals in controversial circumstances. It was against Uruguay, and I missed a crucial match-winning penalty towards the end of extra time, after a Luis Suarez handball."

"The penalty miss is something that I will never forget. It's part of my life now. I am not the only player, who missed a crucial penalty. We could have become the first African team to reach the World Cup semifinals", he continued.

"Sometimes when I am alone, I think about it and it still hurts. I feel, 'Oh! Maybe we can play the penalty again so that I can redeem myself'", he added.

"Life goes on, I need to forget about it and live my life," he quipped.

Gyan will play an integral role for NorthEast United this season, with the forward expected to challenge for the Golden Boot. The Highlanders play their first fixture against Bengaluru on October 21, at Sree Kanteerava Stadium.