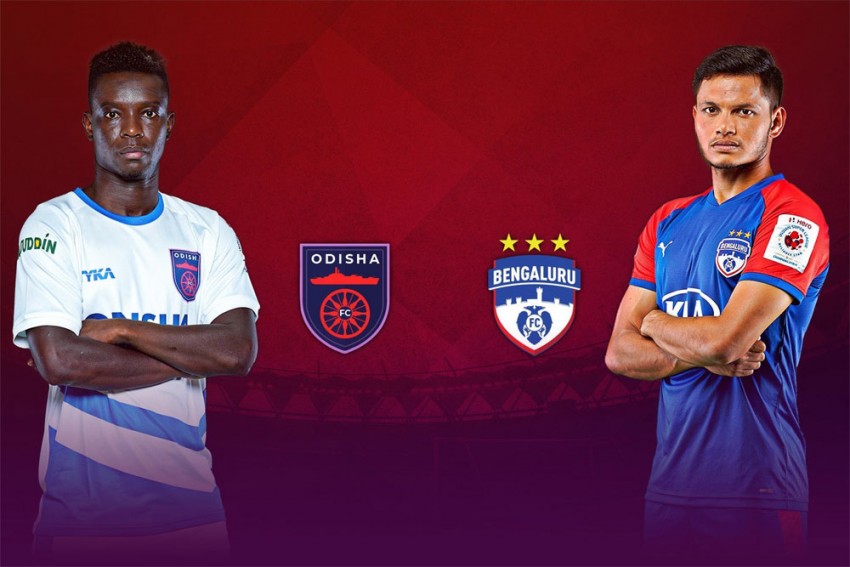 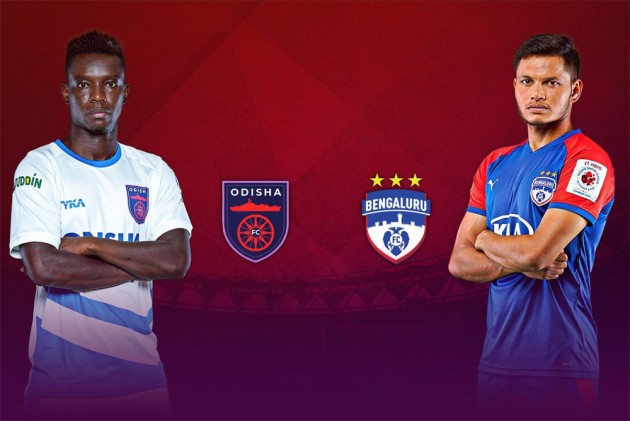 Odisha FC would look to break their string of draws with a victory when they host defending champions Bengaluru FC at the Shiv Chhatrapati Sports Complex, Pune on Wednesday.

Josep Gombau's side come into this tie after playing out three successive draws, two goal-less results against ATK and Kerala Blasters, followed by a 2-2 draw away to Chennaiyin FC.

The pattern of play in all these matches have been similar. They dominated the ball with slick movement and passing, but failed to take their chances and convert their dominance into results.

As Gombau seeks to deliver results, he faces a tough challenge in Bengaluru FC. The Blues are undefeated in the league so far and boast a water-tight defence which has conceded only two goals in six matches.

"It is a beautiful game against Bengaluru, who are one of the strongest sides and the current champions of the ISL. I think it will be an interesting game because both teams play similar football. I am happy with the way we are preparing well for this game and the mentality of the team," said Gombau.

Odisha will bank on Aridane Santana, who has scored four goals so far, to help breach the Bengaluru backline. But much will depend on playmaker Xisco Hernandez who has the ability to carve open any defence. He has also shown his eye for goals, having scored three so far.

The Spaniard will be pumped up for the battle against his former team and is expected to play a huge role in the outcome of Wednesday's encounter.

Much will also depend on the midfield battle as two technically-gifted sets of players go up against each other. The likes of Marcos Tebar, Vinit Rai and Xisco Hernandez love to get on the ball and dictate play. But so do Bengaluru midfielders Erik Paartalu, Dimas Delgado and Raphael Augusto.

"Odisha are going to fight against us for possession of the game, and it's going to be an interesting game. Josep Gombau is a hard-working, honest person and a good coach. He loves to play attacking football," said Bengaluru coach Carles Cuadrat.

Bengaluru come into this game after a gut-wrenching 1-1 draw in Hyderabad where an injury-time equaliser from Robin Singh denied them a win. Cuadrat's team were all over Hyderabad FC throughout the game and should have scored more goals to put the tie to bed.

Lack of goals have been a worry for the Blues despite Sunil Chhetri's recent scoring run. The injured Michael Onwu and Ashique Kuruniyan are yet to open their accounts for the season while Udanta Kumam has just one goal to his name so far.

"Most of the games we were dominating. We have to finish those games well. We have not been good enough in certain aspects, and we have to work on that. I am not worried about not getting goals. Sunil is an experienced player. He is giving us solutions. Ashique and Udanta are young players and they are improving," Cuadrat said.

Odisha's backline has not exactly been rock-solid, conceding eight goals in six games. With Carlos Delgado doubtful after an injury he picked up against Chennaiyin FC, Bengaluru will want their forwards to make an impact.