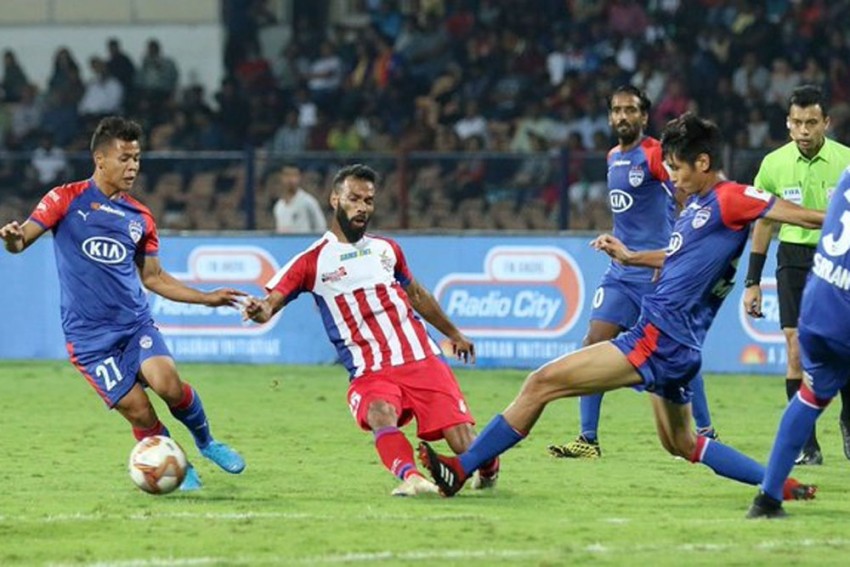 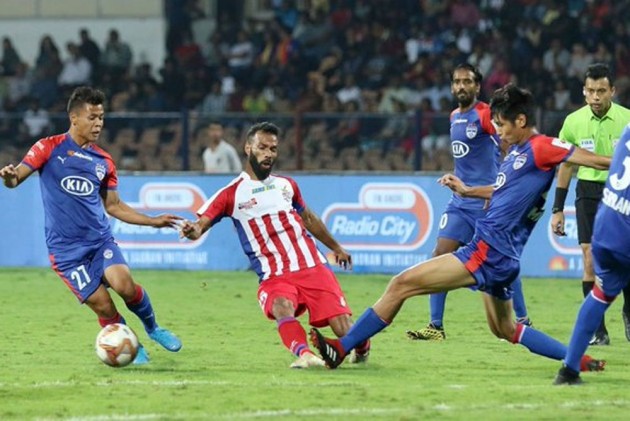 Two late goals by ATK cancelled two scored in the first half by Bengaluru FC as their Indian Super League match ended in a 2-2 draw at Bengaluru on Saturday.

Dimas Delgado (18’) and Kevaughn Frater (35’) were on the score-sheet for the home side while substitute Edu Garcia (86’) and Michael Soosairaj (90’) scored for the visitors.

Carles Cuadrat handed Kevaughn Frater his first start as he partnered Thongkhosiem Haokip upfront. Meanwhile, Antonio Habas, like Bengaluru, handed several of his star players on the bench as he named Dheeraj Singh in between the sticks.

The breakthrough came in the 18th minute when Parag Srivas was brought down on the edge of the box by Salam Ranjan. From the ensuing free-kick, Dimas Delgado’s effort went straight into the back of the net.

ATK could have equalised soon after when David Williams’ corner-kick was headed out by Harmanjot Khabra but the ball went straight to the feet of Jayesh Rane on the edge of the box. However, the Indian midfielder’s feeble attempt went out of play.

Just after the half an hour mark, Haokip had to be taken off as he picked up an injury and Nili Padermo was brought in.

In the 35th minute, Frater scored his first goal for Bengaluru as he received a cut back from Leon Augustine and placed it with ease into the back of the net.

After the break, substitute Edu Garcia found himself in space and he tested Prabhsukhan Gill from distance but the goalkeeper was equal to the task.

The next big chance came for the home outfit when Erik Paartalu crossed for Padermo but the latter’s shot hit the side-netting.

Garcia scored on his return to Bengaluru as he linked up with Krishna and Williams before seeing his first time shot beating Gill to make it 2-1 in the 86th minute.

ATK got the equaliser in the 90th minute when Garcia’s free-kick found Michael Soosairaj whose shot deflected off Gursimrat Gill to beat Prabhsukhan in goal.