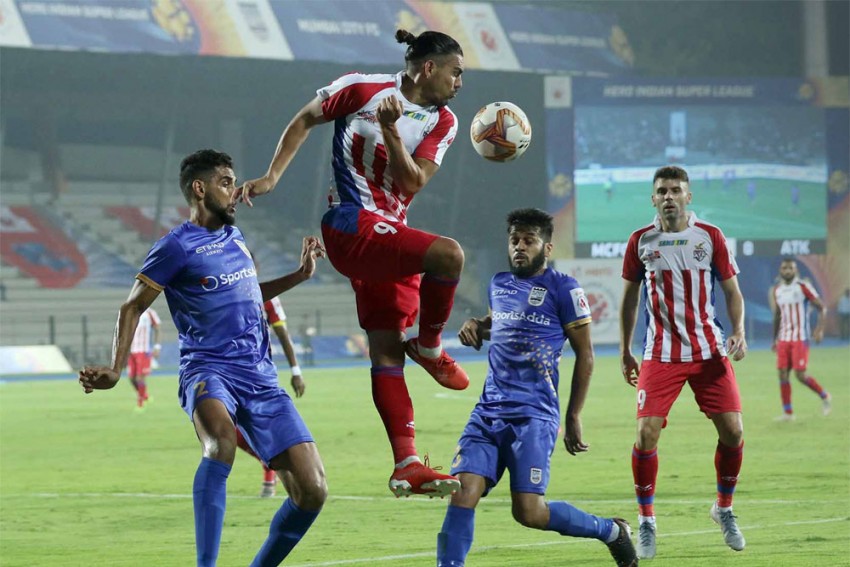 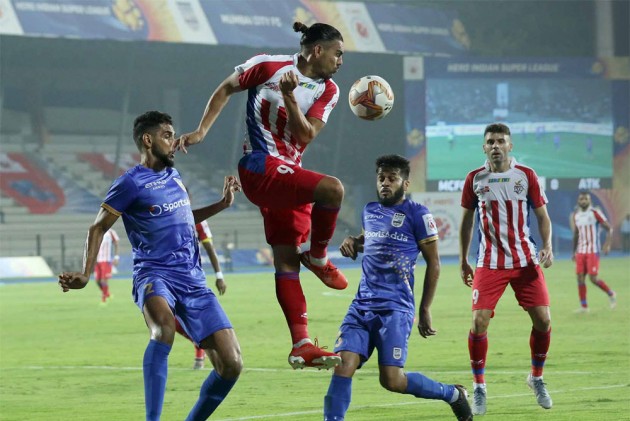 ATK brought Mumbai City FC’s six-game unbeaten run to an end with a 2-0 win in the Indian Super League at Mumbai on Saturday.

First-half goals from Pronay Halder (29’) and Michael Soosairaj (43’) were enough as Mumbai City were left to rue the chances they missed at the Mumbai Football Arena.

The win sees ATK draw level on points (21) at the top of the table with FC Goa while Mumbai City are placed fourth (16).

A frantic start to the match saw both goalkeepers tested early in the game. Mumbai custodian Amrinder Singh had to get down smartly to keep out a long-ranger from Jayesh Rane in the third minute, while Diego Carlos stung ATK goalkeeper Arindam Bhattacharya’s palms with a good effort from inside the box minutes later.

Mumbai continued to trouble the ATK defence as the game wore on with Mohammed Larbi and Amine Chermiti going close in quick succession. The pick of the chances, though, went to Modou Sougou after Carlos fed Chermiti down the left. The Moroccan’s cutback from the byline was sent straight at Arindam by Sougou.

ATK saw off that spell of pressure and started to make inroads of their own. Roy Krishna shot agonisingly wide in the 22nd minute after a lovely reverse pass from Rane found him in space inside the box.

ATK were not to be denied in the 29th minute when Javier Hernandez and Roy Krishna combined delightfully to send David Williams into the penalty box. The Australian had the presence of mind to pick out an onrushing Pronay Halder who slotted it into the net.

The celebrations, though, were soured by an injury that Halder picked up, with Antonio Habas forced to send in Michael Soosairaj in place of the goalscorer. That move paid off handsomely in the 43rd minute when Soosairaj found himself in possession down the left-wing.

He went on to place a sensational curler into the far corner to double ATK’s advantage at the break.

A stung Mumbai City showed greater urgency in the second half as they sought a way back into the game. As Jorge Costa’s men mounted pressure on ATK’s defence, the likes of Roy Krishna and Soosairaj were finding spaces to run too.

One such move saw Soosairaj twist and turn Pratik Chaudhury, before picking out Krishna at the near post. But his first-time volley from close range rattled back of the crossbar.

Mumbai, at the other end, had no luck either. Sougou did find the back of the net in the 68th minute but the effort was chalked out for offside. The Islanders continued to pepper the ATK goal with attempts but saw chances go begging, thanks to a combination of last-ditch defending and poor finishing.

Chermiti was denied in the 74th minute after a desperate goal-line clearance following a scramble inside the box.

Mumbai continued to pour forward desperately but lady luck did not shine on them. Sougou thought he had a goal in the 82nd minute when Arindam spilled a ball and he turned it in, but the referee disallowed it for a foul on the goalkeeper. Minutes later, Serge Kevyn headed wide from point-blank range.