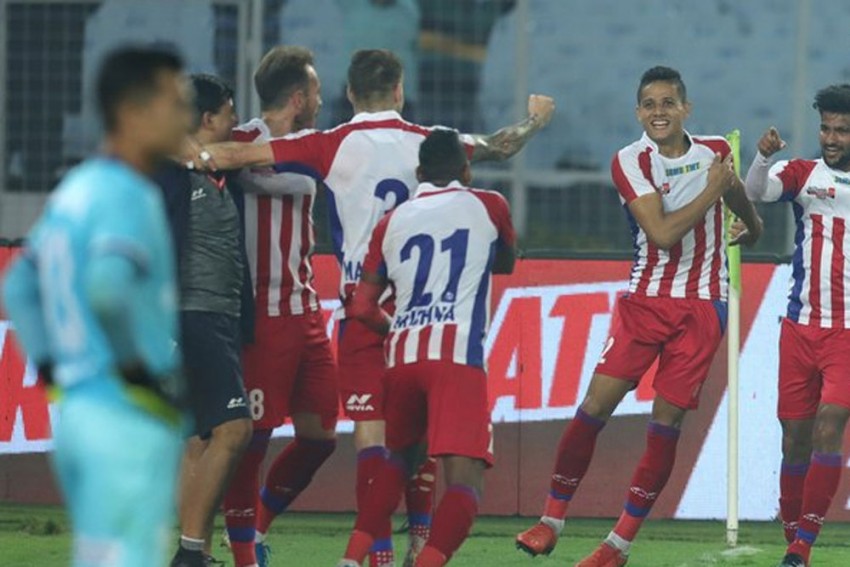 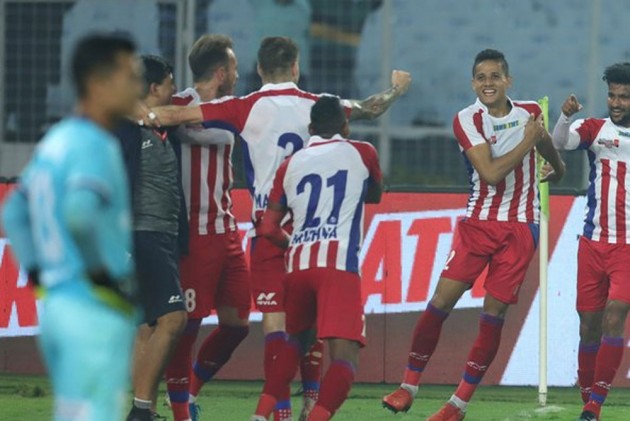 Bolstered by their merger with the country's oldest club Mohun Bagan, ATK returned to winning ways in style, blanking leaders FC Goa 2-0 in a one-sided Indian Super League fixture at Kolkata on Saturday.

The high-voltage clash at the Salt Lake Stadium gained momentum only in the second-half when Pritam Kotal's rising header from a set-piece opened it up for the hosts, smarting from their first loss at home to Kerala Blasters in the last round.

ATK's Fijian captain Roy Krishna latched onto a free-kick on the right-hand side inside the box and chipped the ball into the centre from the byline. An unmarked Kotal got in between the Goa centre-backs and nodded the ball into the net to give them the lead.

The last season's runners-up, who had won the opening leg 2-1, tried their best to attack but ATK were solid in their defence and did not let the visiting team to squeeze one into the net.

With two minutes left in regulation time, Jayesh Rane redeemed himself for missing a sitter when he slided in the ball to seal the issue for ATK, as the home side jumped past Goa to occupy the top spot on goal difference.

Just moments earlier, Kotal had squandered a big opportunity in front of an open net.

It was Roy Krishna's low cross from the right but the Indian forward blasted the ball over the bar from close-range.

But there was action replay six minutes later with Roy Krishna once again setting up for Rane to make amends.

Both teams have 24 points from 13 matches as the race for the top spot intensified with seven games left.

The group toppers will make the AFC Champions League and ATK, who will merge with Mohun Bagan in June, will look to make the most of it.

There were early threats at both ends with Javier Hernandez sending a strike wide after holding off his marker using his strength.

At the other end, Manvir Singh cut in from the right flank and sent his effort inches wide of the frame.

Goa asked questions after dealing with the early pressure from ATK.

Ferran Corominas went down inside the box after his excellent run was halted by Sumit Rathi with a sliding challenge but the referee shrugged away appeals for a penalty.

Goa custodian Mohamad Nawaz played his part in keeping the scoreline intact with a good save to stop Hernandez' long-range free-kick midway through the first half.

Jobby Justin's close-range header from the resulting corner was also safely collected by the relieved custodian.