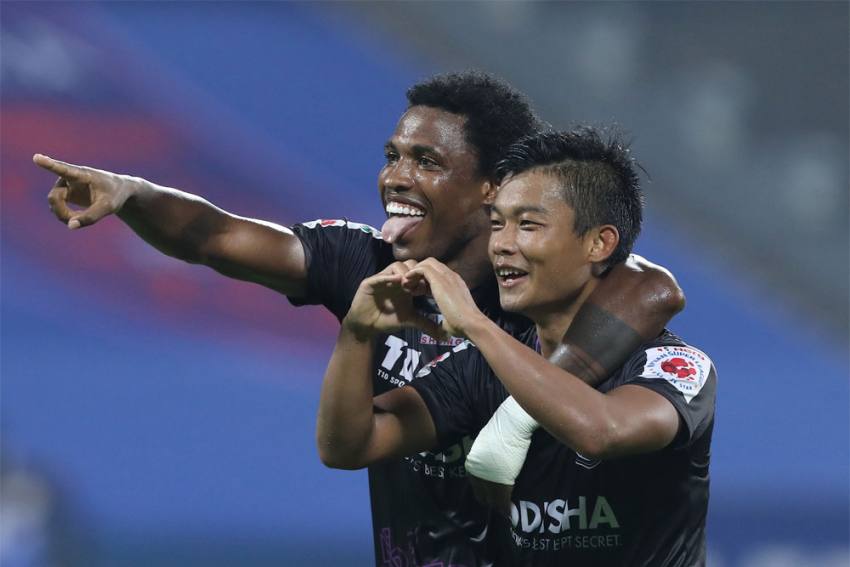 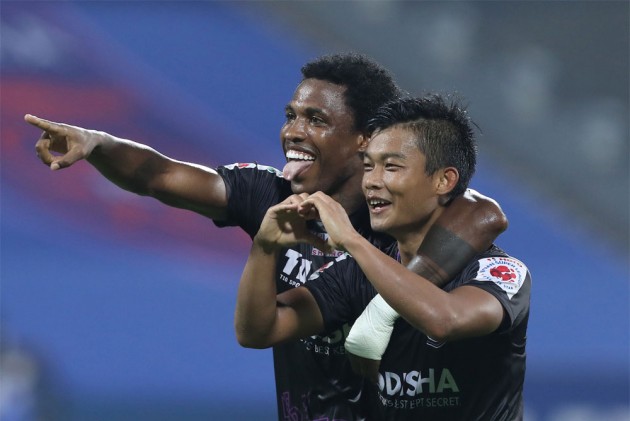 With two teams, whose seasons were blighted by their failure to find a goal, taking on each other, fans would have been forgiven for expecting a cagey clash. Instead what they got was the all-time Indian Super League (ISL) record for the most goals in a match as Odisha FC beat SC East Bengal 6-5 at the GMC Bambolim Stadium on Saturday. (More Football News)

East Bengal who started brightly and scored first. Pilkington showed some great skill, striding forward into the box and unleashing a shot past Odisha keeper Ravi.

SCEB dominated play soon after the goal and it looked like Odisha was in for another long night. However, they managed to turn the narrative on its head when S Lalhrezuala found the net. The goal came from a corner that the East Bengal defence failed to deal with properly, something that has cost them all season.

But they were soon to retake the lead and the goal, which came just minutes later, was Odisha's season in a nutshell. Their defence failed to clear a corner properly and the ball fell to Manuel Onwu near the goalline. His clearance, though, smacked keeper Ravi in the face and went right in.

East Bengal would carry the lead into the halftime break, but it would not last too long afterward. The equaliser was a magnificent individual effort from Ramfangzauva, who bent one in past SCEB keeper Subrata Paul. Then it was another Indian youngster's turn to hand Odisha the lead, Jerry headed in Onwu's well-crafted cross.

SCEB though weren't behind for long and it was Holloway who found the net for them. His low shot from outside the box eluded Ravi and trickled into goal after hitting the upright.

But Ramfangzauva was not done yet. After an Odisha shot was blocked at the edge of the box, the youngster got the ball and unleashed a shot that went through the legs of a couple of defenders before beating Subrata.

Jerry was not to be undone by his teammate though. A wonderful chipped pass from Mauricio found Jerry free in the box and the youngster smashed a shot past the hapless Subrata.

Any hopes of an SCEB comeback was quickly killed off by Mauricio, who converted a freekick, driving a low shot past Subrata. Odisha had scored three goals in three minutes — a remarkable turnaround!

There was still time for more drama as SCEB pulled one back. Jacques Maghoma found Pilkington at the far post and the latter squared it to Jeje, who scored his first Hero ISL goal in East Bengal colours. Holloway, then scored again in injury time, but it was too late for East Bengal.

This Indian Cricket Team Is Like Australia In The 90s, Says Darren Gough