ISL 2020-21: NorthEast United Do A Double Against Mighty Mumbai City 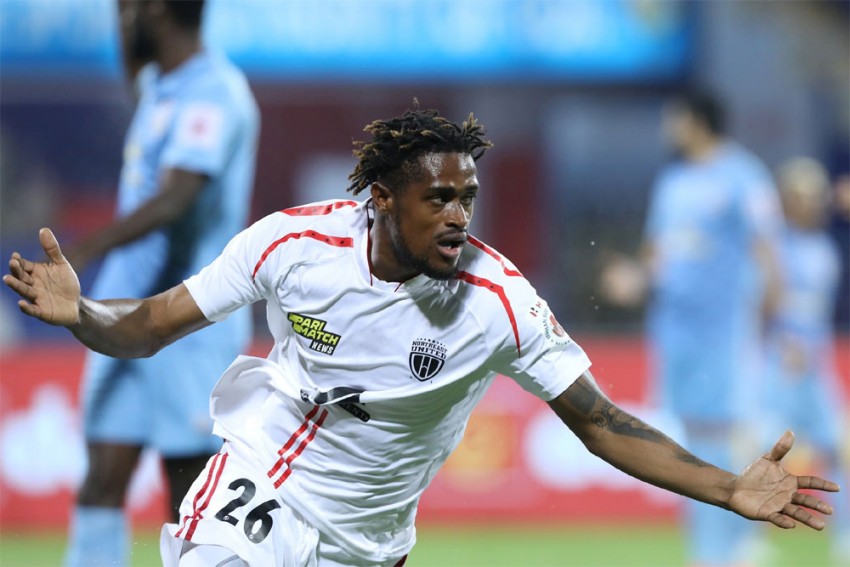 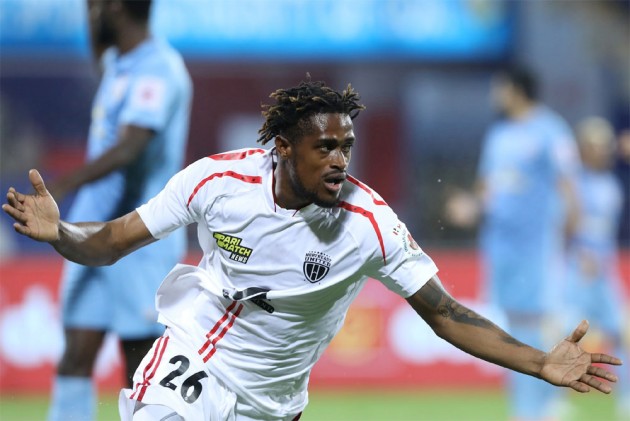 NorthEast United got the better of Mumbai City yet again, doing a double over the Islanders with a 2-1 win in the 76th match of Indian Super League (ISL) 2020-21 at the GMC Stadium, Bambolim, on Saturday. The win also ended Mumbai's chances of creating history with a record 13th-straight unbeaten game. (More Football News)

Interestingly, NorthEast is the only side who have managed to win against the might of the table-toppers. Interim coach Khalid Jamil also maintained his perfect run since taking charge of NorthEast and has now recorded his third straight win, taking his side back into the top four with 21 points.

Deshorn Brown’s first-half double was enough to see Mumbai off, despite Adam Le Fondre pulling back a late goal.

There were a couple of changes for both teams. Mandar Rao Dessai returned to the starting XI for Mumbai while Jackichand Singh was handed his first start.

For NorthEast, Benjamin Lambot made a comeback to the playing XI after Dylan Fox was ruled out with injury while Provat Lakra came in for the suspended Gurjinder Kumar.

NEUFC got off to the best possible start, scoring two goals in the opening 10 minutes to hand an early blow to Mumbai.

Brown powered NorthEast ahead in the sixth minute. Luis Machado had a shot at goal which was parried by Amrinder Singh, but the danger wasn’t cleared as Nim Dorjee sent in a cross into the box. Brown, timed his run and smashed the ball, into the back of the net.

The Highlanders punished Mumbai for sloppy defending and scored their second within three minutes. Federico Gallego whipped in a corner in the box, which the Mumbai defense failed to clear as Hernan Santana’s weak header found Machado. The Portuguese forward pushed the ball to Brown and the Jamaican netted his second.

Mumbai tried to get back into the game but nearly conceded their third. It was Brown once again for NorthEast. On getting the ball on the flank, Lakra made a run before crossing the ball to an unmarked Brown, however, the Jamaican shot wide.

NorthEast continued to attack and nearly scored the third soon after the restart but Mumbai custodian Amrinder Singh produced a fine save to deny Lalengmawia.

For NorthEast, Khassa Camara did extremely well in the midfield particularly creating problems for Hugo Boumous, who particularly had an unusually quiet game.

Second-half substitute Adam Le Fondre pulled a goal back for the Islanders in the 85th minute to restore some hope for Mumbai. Le Fondre and Boumous combined before the Frenchman found Ogbeche, who set free Le Fondre in the box. And the man who initiated the move fired the ball into the back of the net.

Mumbai nearly equalized in the stoppage time. Le Fondre’s attempted shot found Mehtab at the far post but his goal-bound header was pushed out for a corner by Subhasish Roy.