Odisha took the lead through Diego Mauricio before Benjamin Lambot drew parity. Kwesi Appiah then converted a penalty to put the Highlanders ahead but soon saw his goal canceled out by Cole Alexander 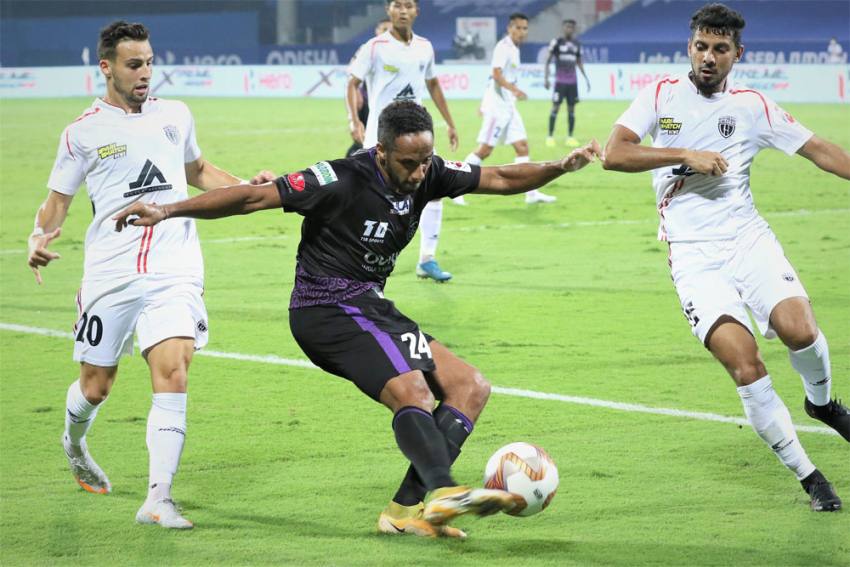 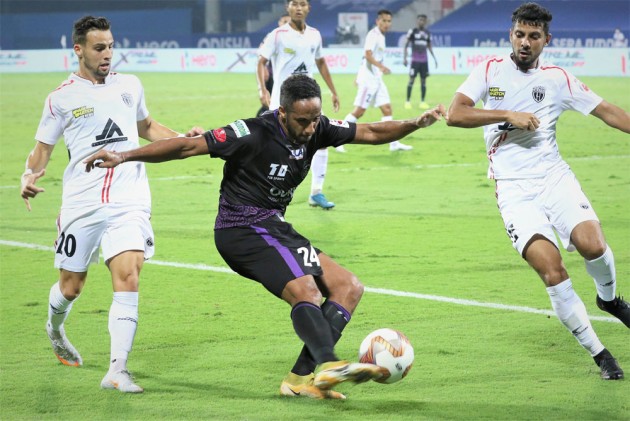 It could have been another defeat but Odisha FC clawed back a point despite taking the lead early against NorthEast United FC, drawing 2-2 in their Indian Super League (ISL) game at the GMC Stadium, in Goa on Tuesday.

Odisha took the lead through Diego Mauricio (26’) before Benjamin Lambot (45+1’) drew parity. Kwesi Appiah (65’) then converted a penalty to put the Highlanders ahead but soon saw his goal canceled out by Cole Alexander (67’).

Odisha named an unchanged eleven from the side that lost to Bengaluru FC while NorthEast coach Gerard Nus rang in four changes with Federico Gallego handed a start.

The first half saw a cagey contest with both sides heading into the break level after creating plenty of chances.

The first big chance of the game arrived during the 10th minute but Odisha keeper Arshdeep Singh produced a fine save to deny an opener for the Highlanders.

Gallego picked up Kwesi Appiah with a long ball, and the latter made space for himself between two markers but saw his shot blocked by Arshdeep.

Minutes later, Odisha carved out a great chance at the other end from a set-piece and should have bagged the lead.

Diego Mauricio had two attempts on goal and his second one seemed to be heading into the net before Dylan Fox pulled off a fine goal-line clearance to keep it goalless.

But the Brazilian redeemed himself with a wonder-strike to hand his side the lead. Mauricio, receiving the ball from outside the box, cut inside before drilling a low shot that trickled into the back of the net. The ball went in following a light deflection off Lalengmawia, leaving the keeper with no chance.

NorthEast piled on the pressure after conceding and missed three chances from set-pieces. However, a lapse in concentration from Odisha in stoppage time saw them concede.

Lambot made a run at the far post and picked up Ashutosh Mehra’s cross before heading home.

Nus’ side began the second half from where they left off and deservedly took the lead. They won a penalty after Appiah was tripped in the box by Arshdeep. The Ghanian stepped up to take the spot-kick and struck it with venom to notch his third ISL goal.

Their lead didn’t last long as Alexander equalised for Odisha by beautifully curling his shot at the far post.

NorthEast nearly scored the winner in the dying minutes but substitute Khassa Camara’s long-range strike missed the crossbar by inches.