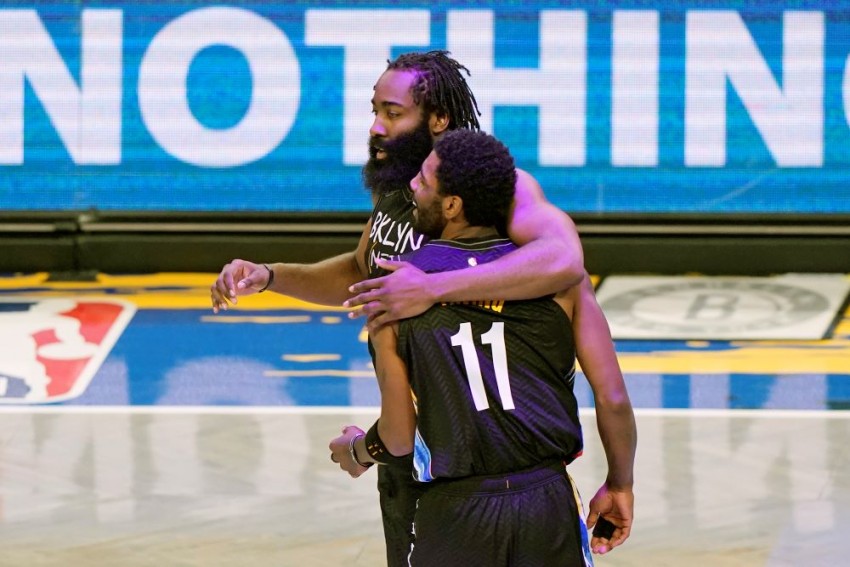 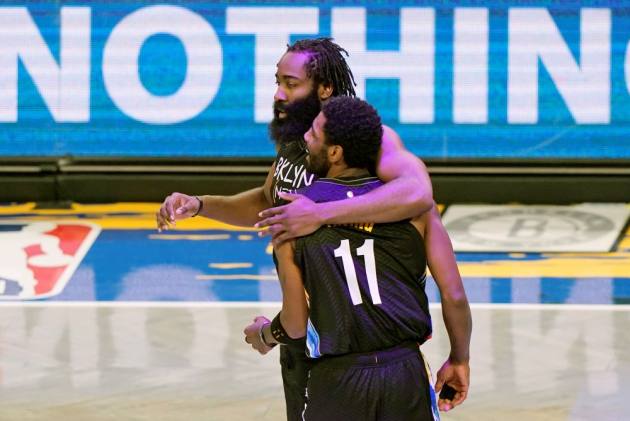 Kyrie Irving and James Harden combined for 47 points as the Brooklyn Nets proved irresistible in their 129-92 triumph against the Orlando Magic. (More Sports News)

Irving led the way with 27 points and nine assists, shooting 11 of 18 from the field and Harden dropped five threes from his 10 attempts from downtown to power Brooklyn to an eighth straight win.

The All-Star duo were supported by Joe Harris, who sank four of six threes for 14 points, while Landry Shamet came off the bench to score 19 points, tying Harden with five from distance.

After the Magic opened up a 10-point lead during the first quarter, the Nets went 41-19 in the second quarter and never looked back, with Nikola Vucevic finishing with 28 points for Orlando.

Still waiting on Kevin Durant to return from a hamstring injury, the 22-12 Nets are second only to the Philadelphia 76ers (22-11) in the Eastern Conference.

Close on their tails are the third-placed Milwaukee Bucks, who beat the New Orleans Pelicans 129-125 to go 20-13, with Giannis Antetokounmpo (38 points) outshining Zion Williamson (34).

The Washington Wizards made it a 3-1 road trip, following up on wins against the Los Angeles Lakers and Portland Trail Blazers with a 112-110 victory against the Denver Nuggets.

The NBA's leading scorer Bradley Beal buried 33 points while Russell Westbrook made it three triple-doubles in five games with his 16 points, 10 rebounds and 10 assists.

WE'RE COMING HOME WITH ANOTHER DUB!

George comes up short for Clippers

Tyus Jones was the game's top scorer in the Memphis Grizzlies' 122-94 win against the Los Angeles Clippers despite only spending 15 minutes on court.

Jones was the only player in the game to make 20 points, as Clippers guard Paul George only dropped three of his 12 field-goal attempts for his 13 points.

Williamson may have come out on the losing side but the 20-year-old not only matched Antetokounmpo almost blow-for-blow, but he also showcased some razor-sharp defensive skills.

ZION SPIKES IT OFF THE BACKBOARD!

He also has a career-high for PTS in a half with 24 on TNT. pic.twitter.com/RGcUDBWUzA

The NBA-leading Utah Jazz looked untouchable during a blowout win over the Los Angeles Lakers. The Miami Heat have also recently knocked off the defending champions and are on a four-win stretch.