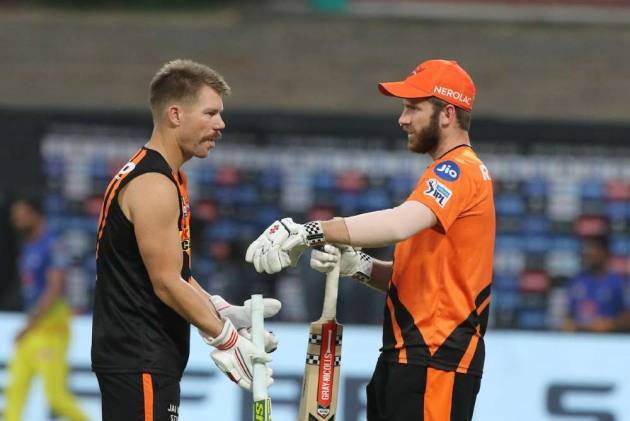 Former champions Sunrisers Hyderabad sacked David Warner as captain after the team's disastrous start to the Indian Premier League (IPL) 2021 campaign. Kane Williamson will lead the team in the remainder of the season.

But SRH have suffered a disastrous start to the IPL 2021 campaign under Warner, losing five times in six outings. Their lone win came against Punjab Kings in the 14th match of the season in Chennai.

SRH released a statement, which read: "SunRisers Hyderabad would like to announce that Kane Williamson will be taking over the captaincy for tomorrow's match and for the remainder of IPL 2021.

The team management has also made the decision that they will be changing the overseas combination for tomorrow's match against Rajasthan Royals.

The decision has not come lightly as the management respects the enormous impact David Warner has had for the franchise over the years. As we face the remainder of the season we are sure David will continue to help us strive for success both on and off the field."

Personally, Warner also failed to bring his A-game, scoring only 193 with a high of 57 in six innings. There is a possibility that Warner could be dropped from the playing XI and West Indies captain Jason Holder is likely to replace him. In his six innings, Warner has scored 3, 54, 36, 37, 6 and 57.

The tone and tenor of the SRH press release was an indication enough that all is not well in the Sunrisers camp.

According to sources in the know of things, Moody and Warner don't see eye to eye on a lot of things and the flash-point seems to be dropping of seasoned Indian batsman Manish Pandey for a rookie named Virat Singh, who looked at sea against Delhi Capitals.

Warner didn't hide his anger after the loss against Capitals and termed call to drop Pandey as a "harsh" one.
"It was a harsh call in my opinion. But at the end of the day, it is the decision of the selectors to do that," Warner had said at the post match presentation ceremony.

Warner, it is learnt, was livid that Pandey's exclusion from the side, which many believe was a selection howler, wasn't exactly his doing but had to bear the brunt for it.

"The comment that David made after the match didn't go down well with those making cricketing decisions. In any case, David and Tom hasn't had great working relation in terms of selecting the playing XI," the source in the know of things said.

It is expected that Warner will be dropped from the playing XI and they now have two options. Either to play Jason Roy as an opener or use Jason Holder as an all-rounder and bring in Wriddhiman Saha to open in place of Kedar Jadhav in the middle order.
The main problem with SRH has been their Indian set-up which isn't sadly up to the mark for a tournament like IPL.

SRH never picked good Indian players and there was always an element of risk when their overseas recruits won't come good. Warner became the first collateral damage of a poor team selection. (With inputs from PTI)