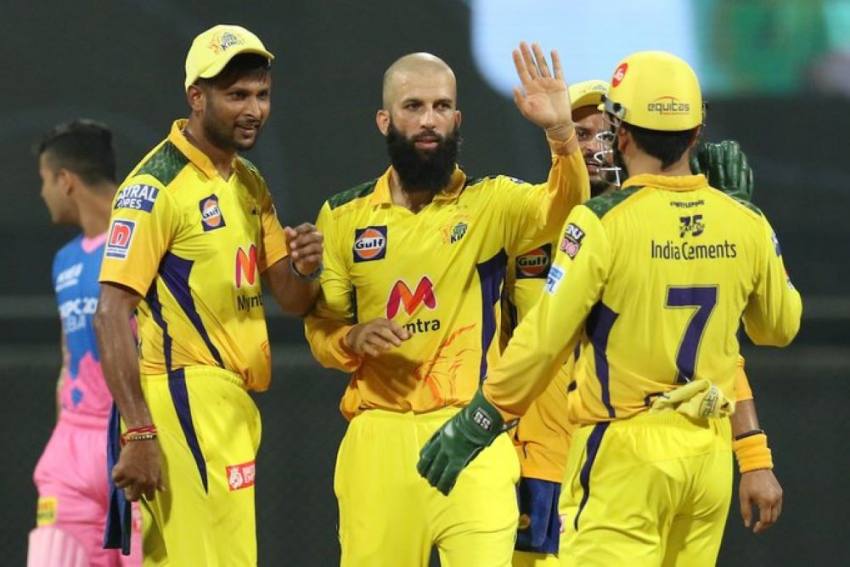 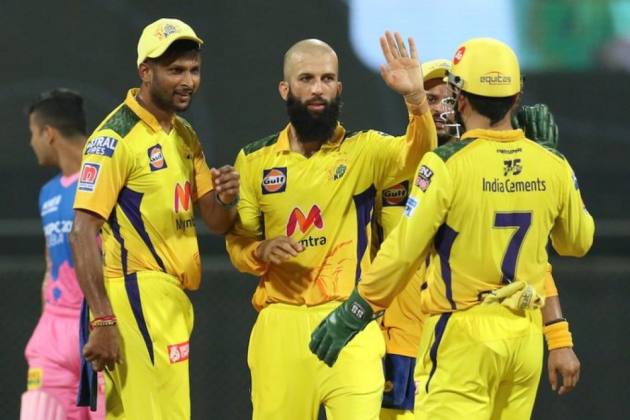 Chennai Super Kings head coach Stephen Fleming feels that England player Moeen Ali has strengthened the team as he brings all-round value to it, which was missed in the last IPL season. Highlights | Scorecard | Points Table

Fleming said Ali's impressive batting at No. 3 has been instrumental in the team getting good scores so far this season.

"He is adding an all-round aspect to our game which we lacked last year," Fleming said of Ali, who hit a quickfire 26 and returned with figures of 3/7 in CSK's 45-run win over Rajasthan Royals on Monday night.

"His contribution was just what we were looking for. We are absolutely happy with the way he has started," Fleming said at the post-match press conference.

The head coach said his team has not played "a good 20 overs with the bat" yet but still getting high scores.

"I’m really excited about the way we are playing. The long resource we have, we’re using and we are pushing opposition hard. So we are playing a positive brand throughout," the former New Zealand captain said.

He said captain Mahendra Singh Dhoni would get better as he spends more time in the middle. Dhoni scored 18 off 17 balls after coming at number five.

"Yes, his form is restoring, every time he gets some balls in the middle he's going to get better and better," Fleming said.

"There will be opportunities where we would probably look to throw MS Dhoni up as with (Ravindra) Jadeja and others."

Fleming said because of the "many resources" his team has, it's facing the challenge of managing the batting order.

"At the moment we are just trying to be a solid order and look for simple parts of the game and what the conditions provide us in terms of how we can attack.

"We know we have got a lot of batting and the way we are playing is really encouraging. We haven't put together a perfect innings by any means but the skipper will be a big part of it going forward," Fleming added.

He said the team will continue to back opener Ruturaj Gaikwad (10) despite his struggles and failing for the third straight game.

“Robin Uthappa is waiting and Ruturaj has a little bit of time last year with the way he played. You know our philosophy, we give our players a good run.

"What they want to try and do is that the intent is there, the timing is great. We’ll continue to back him. We’ll make a decision to change at some point. We discuss it pretty hard but at the moment backing a good young player,” he added.
He said there wasn't much dew on the wicket, which was a good sign.

“The pitch was a little bit drier and there wasn’t much dew, so there was plenty of opportunity in the second innings. But it isn’t gonna be like that in the next game. So we are back to the drawing-room, making sure that we assess more," he added.

IPL 2021: RR Skipper Sanju Samson Not Bothered About Failures Says, 'Will Continue To Bat The Way I Love'