Chasing a target of 153, Kolkata Knight Riders were on course reaching 122 for 4 in the 15th over before the last five fetched only 20 runs 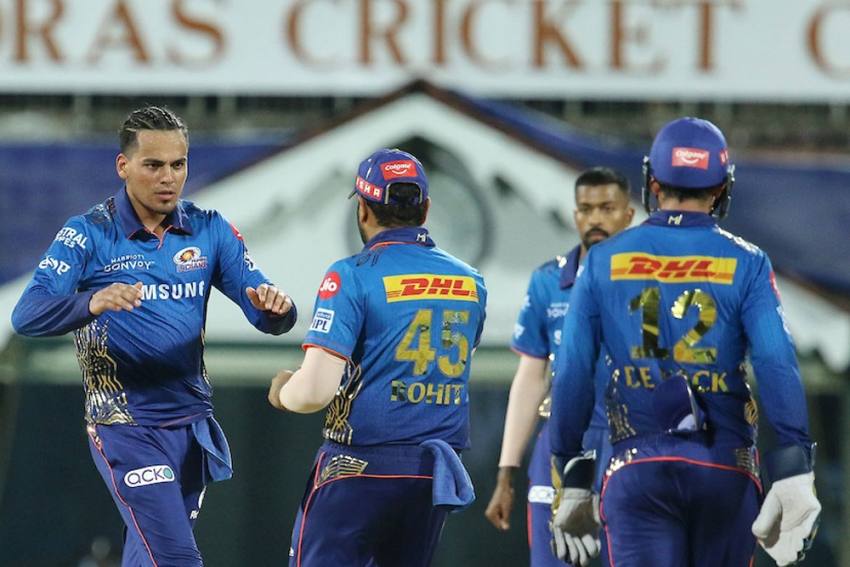 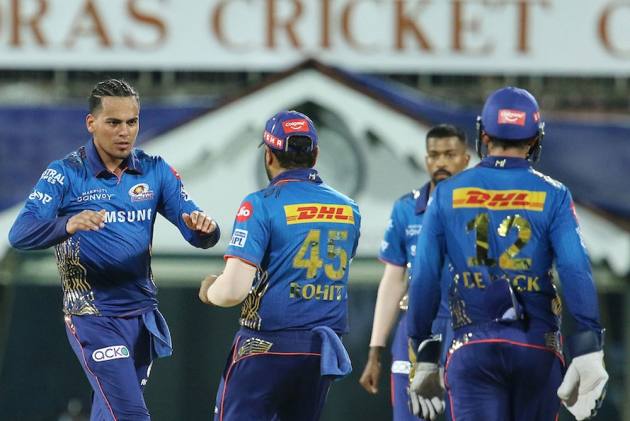 Kolkata Knight Riders managed to lose its bearings in an astonishing manner as Mumbai Indians spinners Rahul Chahar and Krunal Pandya fashioned an improbable 10-run victory in an IPL encounter in Chennai on Tuesday.

Chasing a target of 153, KKR were on course reaching 122 for 4 in the 15th over before the last five fetched only 20 runs as they stunningly fell short giving defending champions their first win.

But it was Jasprit Bumrah (0/28) and Trent Boult (2/27), who were magnificent at the death keeping Andre Russell and Dinesh Karthik under checks in a game that will be talked about for years to come. especially how KKR capitulated.

Required to show some sensible approach, it was harakiri of sorts by KKR batting unit as they were restricted to 142/7 to continue their miserable record with MI. They now have 22 losses against six wins over MI.

Just when KKR needed to play it sensibly with require run-rate under seven, they seemed to commit harakir and lost another in Shakib, this time Krunal Pandya joining in the party for MI.

Krunal bowled an exceptional 18th over giving away just three runs, as the duo of Dinesh Karthik and Andre Russell struggled to get going before Bumrah applied more pressure in the penultimate over.

Needing 15 from the last over, it was a tough ask for KKR and Trent Boult dismissed Russell and Pat Cummins in successive balls to seal the issue.

Earlier, Andre Russell did a star turn coming to bowl in the 18th over as his career-best 5 for 15 helped Kolkata Knight Riders blow out Mumbai Indians for 152.

Opting to bowl, Eoin Morgan's astute captaincy was on full display as he used his resources to perfection to choke MI in the middle-overs after Suryakumar Yadav threatened to seize control with his 36-ball 56.

The World Cup-winning England skipper used Pat Cummins cleverly in the middle-overs as the Aussie returned with 2/24, but the masterstroke was certainly keeping Russell for the fag end as MI lost last seven wickets for 37 runs.

Russell was brought in only after Cummins finished his spell in the 16th over as the Jamaican used the platform to perfection by dismissing Krunal Pandya, Jasprit Bumrah and Rahul Chahar in the final four balls en route to his milestone.

But it was Shakib-Al-Hasan who deserves equal credit for stopping the run-flow as the Bangladesh left-arm spinner dismissed Suryakumar in the 11th over and changed the complexion of the innings.

Suryakumar was in the midst of a belter of an innings, smashing two sixes and seven fours to lift them from a sluggish start as MI looked in balance with 81/1 at midway stage.

He was on a roll against Prasidh Krishna, creaming the seamer for a six and followed it up for successive boundaries.
Suryakumar then launched into Pat Cummins for a 99-metre maximum that landed on the Chepauk roof to cruise to a 33-ball fifty, his 12th in IPL.

Before he could make it big, he holed out a skier to Shubman Gill at long-on.

And off the next ball, Cummins laid a perfect trap for Ishan Kishan with a bouncer which the diminutive left-hander pulled straight to square leg fielder.

As Prasidh leaked runs, the spin duo of Varun and Shakib managed to keep the duo of Rohit and Hardik quiet in the middle overs as they scored only 33 runs from 10-15 overs.

Looking for breakthrough, Morgan once again brought in his pace spearhead Cummins who lived up to his expectation cleaning up Rohit with an offcutter, and in the next over Prasidh dismissed Hardik to break MI's backbone.

12 Injured In Explosion During Football Match In Pakistan's Allahabad