In a major blow to the Rajasthan Royals' campaign, pace spearhead Jpfra Archer has been ruled out of the first half of the IPL 2021 due to an elbow injury 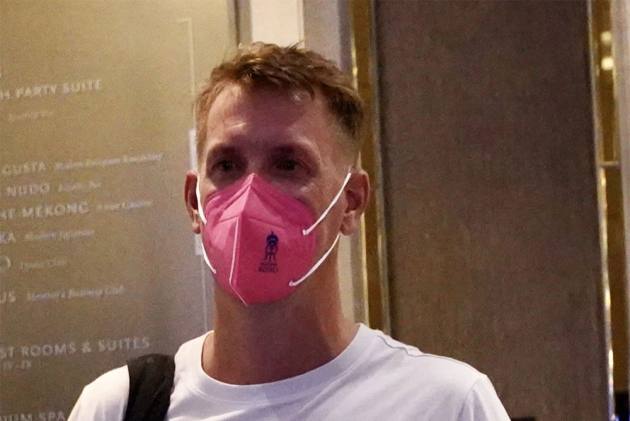 IPL auction's most expensive buy Chris Morris says leading the Rajasthan Royals' pace attack in the absence of injured Jofra Archer in the upcoming IPL will be an added responsibility but it doesn't change his role in the team. (More Cricket News)

In a major blow to the Royals' campaign, pace spearhead Archer was ruled out of the first half of the tournament due to an elbow injury he suffered during the recently concluded England’s tour of India.

In his absence new-recruit Morris is set to lead the fast-bowling attack.

"Every single team that I have played in the IPL, my role has been with the new ball and at the death. That doesn’t really change. I have always had fast bowlers in the team and I've been there supporting act,” Morris said at a virtual press conference.

“It won’t be a new role if I am leading an attack, won’t be new if I am supporting. There is a little bit of responsibility when it comes to leading the attack. But like I said, since it wouldn't be able to be alien to me,” he added.

Morris became the most expensive buy in the IPL auction history with the Royals shelling out Rs 16.25 crore for the South African all-rounder last month.

Talking about the pressure that comes with such an expensive price tag, Morris said “I think it's natural to have a little bit of a pressure when something like that has happened. I'd be lying to you if there wasn't any pressure but fortunately enough in the past, I have been coming in with quite a big price tag on my head.

“At the end of the day, you need to perform, no matter what the price tag is."

Morris feels his role in the team is different to that of fellow all-rounder Ben Stokes, who he feels possess the “magic touch in cricket”.

“I think we have got different roles Stokes opens the batting. He is one of the best in the world if not the best. My role is to finish off games with the bat which I hope I can do more of this year.

“With the ball it’s different I think he bowled a lot less in the IPL last year than he did in the previous years. But the guy has got the magic touch when it comes to cricket. So, you know, if we feeding off each other in our different roles on the team, you know, I think we could be quite a quite an interesting duo to come up against,” Morris said.

The Royals have a new skipper in Sanju Samson this year. Morris, who has shared the dressing room with the 26-year-old in the IPL before, feels as someone who keeps wickets and also fields, the Indian will have to a lot to offer while leading the side.

“I'm obviously quite lucky I've got a very good relationship with Sanju, I have batted with him at Rajasthan and in Delhi. I don’t see him a young captain I see him as seriously good cricket player, whose got a great cricket brain.

Humbled to have gone for such a high price tag, Morris said that seeing so many teams interested in his services is a confidence booster.

"I didn’t expect to be bought for that much and so many teams to employ my services. It’s humbling, I never thought I’d be playing these many IPLs.”

The 33-year-old is firmly focussed on winning the IPL.

“Whether T20 World Cup or not it’s going to be a very important season. Your main focus is to win the IPL. It’s the second biggest trophy, if not the biggest in the year without a World Cup, you want to win as a domestic cricketer."