During his 43-ball knock against RCB, SRH opener Jonny Bairstow toyed with Umesh Yadav, Watch both his against the Indian fast bowler here 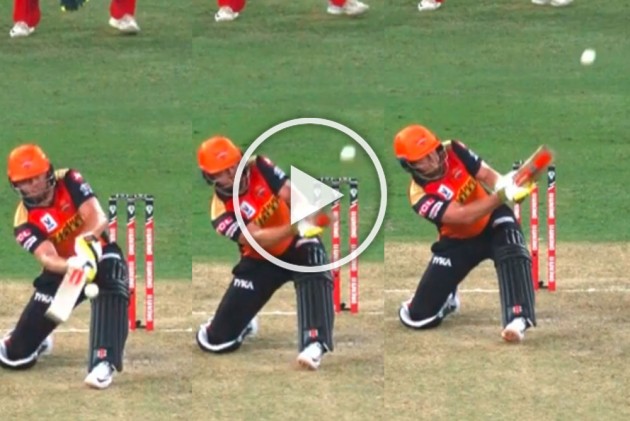 But during his 43-ball knock, the Englishman showed his class again, and toyed with RCB bowlers. The right-handed batsman scored 61 runs, with the help of six fours and two sixes, with both the sixes coming against fast bowler Umesh Yadav.

The first six came as early as the third ball of the second over. An errant delivery from Yadav was disdainfully pulled behind square for the maximum. Watch it here:

Playing an outlandish shot, Bairstow knelt to scoop the fourth ball of the ninth over for a six. He, in fact, followed that with a four. Watch that stunning shot here:

Watch all the sixes here:

Bairstow added 71 runs for the second wicket with Manish Pandey, but SRH still ended up losing the match by 10 runs, thanks to an extraordinary collapse.