IPL 2020, SRH Vs KXIP: Fantastic Rashid Khan Reflects On Damage Scoreboard Pressure Can Do To Batsmen

Spin wizard Rashid Khan, who produced sensational bowling figures of 3/12, talked about unescapable scoreboard pressure while chasing a big total, as witnessed during the SRH vs KXIP match of IPL 2020 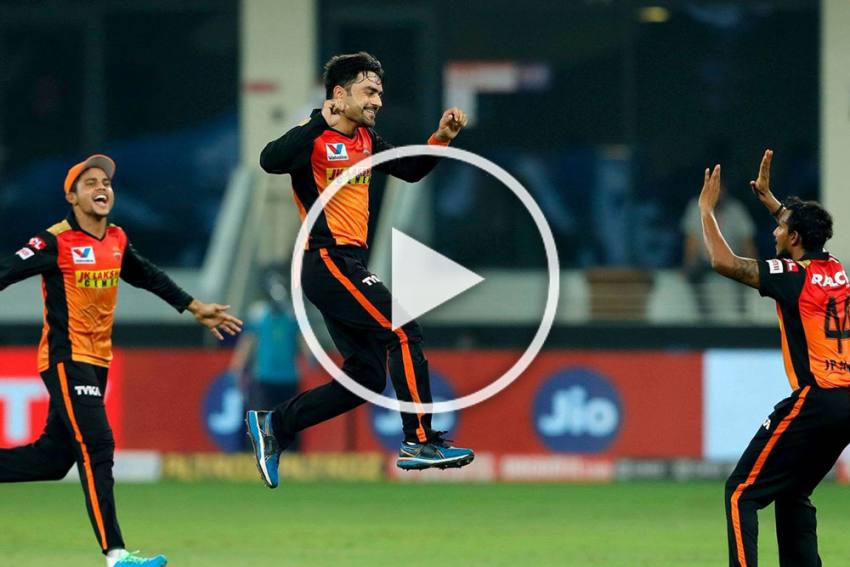 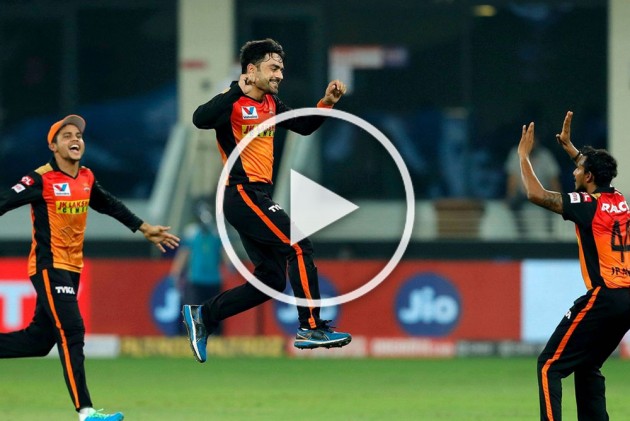 Afghan spin wizard Rashid Khan was at his imperious best on Thursday. But he was more than generous in his reflection after helping SunRisers Hyderabad (SRH) hammer Kings XI Punjab (KXIP) by 69 runs in the 22nd match of the Indian Premier League (IPL) 2020 in Dubai.

The 22-year-old snared three KXIP batsmen, including dangerous  Nicholas Pooran, in his spell of four overs for just 12 runs. The leg-spinner, however, played down his brilliance by saying "that's what happens when you have a big total, the batsman goes for you and takes risks."

Indeed, KXIP were chasing a massive target of 202 runs at the Dubai International Cricket Stadium. And the scoreboard pressure played its part. But the prodigious spinner executed his skills brilliantly to produce a double-wicket maiden over and effectively killed off the contest.

"You've to bowl your best deliveries and that's what I was doing," he told the official broadcasters of the T20 league.

With Pooran, who just scored season's fastest fifty off just 17 balls, still in the middle, it was anybody's match. But Rashid had Pooran caught at cover, then trapped Mohammed Shami the very next ball. Before that, he cleaned bowl Mandeep Singh with an unplayable delivery.

Rashid did bowl his best deliveries. Watch it here:

Rashid also talked about the big holes left by the injuries to Mitchell Marsh and Bhuvneshwar Kumar.

"It's a big loss for us - Marsh and Bhuvi - right at the start of the tournament," while appreciating "youngsters who are taking the responsibility."

He then added that the former champions "have a best combination of the bowling in the last 4-5 games and the guys are doing the job."

Now, they have three wins from six matches and are placed third in the points table. SRH had won their matches against Delhi Capitals (DC) in Abu Dhabi and Chennai Super Kings (CSK)in Dubai.

Taking confidence from those wins, Rashid said "it was a simple plan for us - we defended 160 in this ground [against CSK]. We thought 180-185 was a good score but we got more, so the chat was to go out there and enjoy ourselves."

Next, they play Rajasthan Royals on Sunday at the same venue.