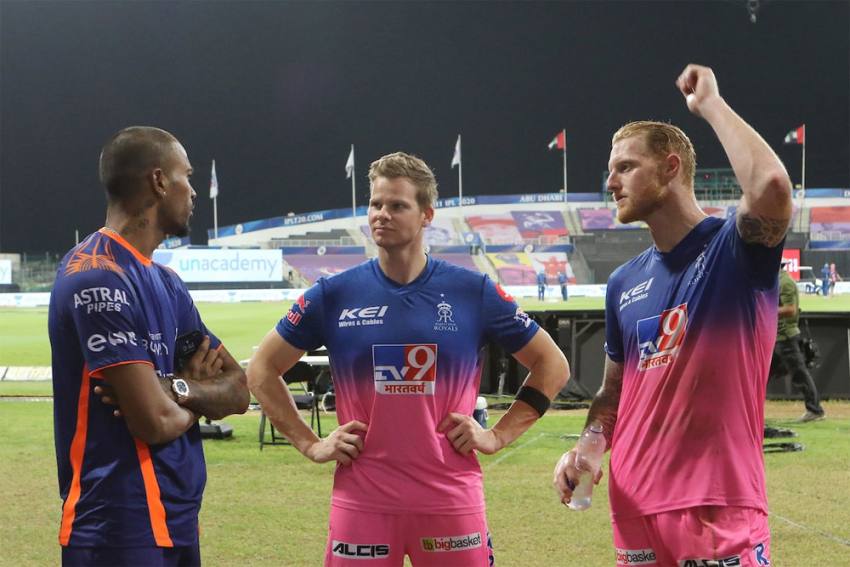 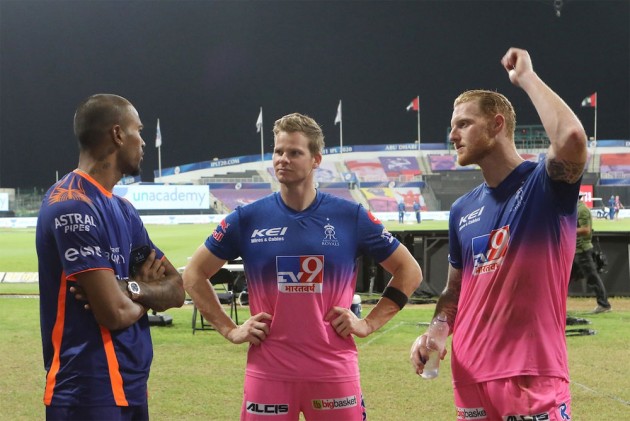 Ben Stokes on Sunday dedicated his century against Mumbai Indians (MI) to his ailing father. The Rajasthan Royals (RR) opener played probably the finest innings of the Indian Premier League (IPL) 2020 to help the inaugural champions canter to an eight-wicket win against defending champions in Abu Dhabi, UAE on Sunday.

Stokes, who joined the team mid-season after spending five weeks with his family in New Zealand, remained unbeaten on 107 off 60 balls. Later, the 29-year-old revealed that he raised the bat for his father, Garard, after reaching hundred with a six off James Pattinson.

Before arriving in the UAE, the celebrated all-rounder took a compassionate leave in the middle of England's home Test series against Pakistan in August and travelled to New Zealand to attend to his father, who has been diagnosed with brain cancer.

Talking to match presenter after the match at Sheikh Zayed Stadium, Stokes said "Things are a bit difficult right now, but hope this has given a bit of happiness back home."

He had earlier wrote in a column that "Saying goodbye to my dad, my mum and my brother in Christchurch was tough. It has been a difficult time for us as a family, but we've pulled together and supported each other as best we can.

"And I was able to get on the plane with my parents' love and blessing after we reached the decision, for me to get back playing, as a family with no external influences."

Talking about his form and the match-up with Jasprit Bumrah, the World Cup-winning hero said, "It's sort of bittersweet to be honest. Bit taken aback by why it's taken me so long to get into the tournament for the team.

"To be honest the training I've had yesterday was the best I had throughout my time here, so I came into this with a bit of confidence. It was coming on nicely. The harder shot to play was when they dug into the wicket. And we scored off Bumrah probably a lot freer than we thought we'd be able to."

After a good start to the chase, RR lost Robin Uthappa and skipper Steve Smith inside the powerplay. But Stokes and Sanju Samson stitched an unbeaten 152-run stand to set up the win.

For the record, Stokes' previous highest score this season was 41 against Delhi Capitals. Then the left-handed batsman scored an eye-catching 30 in RR's previous match against Sunrisers Hyderabad.

The win helped RR stay afloat in the tournament with 10 points from 12 matches (five wins and seven defeats). They now face Kings XI Punjab in Abu Dhabi on October 30 and Kolkata Knight Riders in Dubai on Number 1 with the hope of making the IPL playoffs. But they will need favourable results from elsewhere to qualify for the knock-outs.