IPL 2020, RCB Vs DC: Virat Kohli's Bangalore Up Against Shreyas Iyer's Delhi In Battle Of Equals 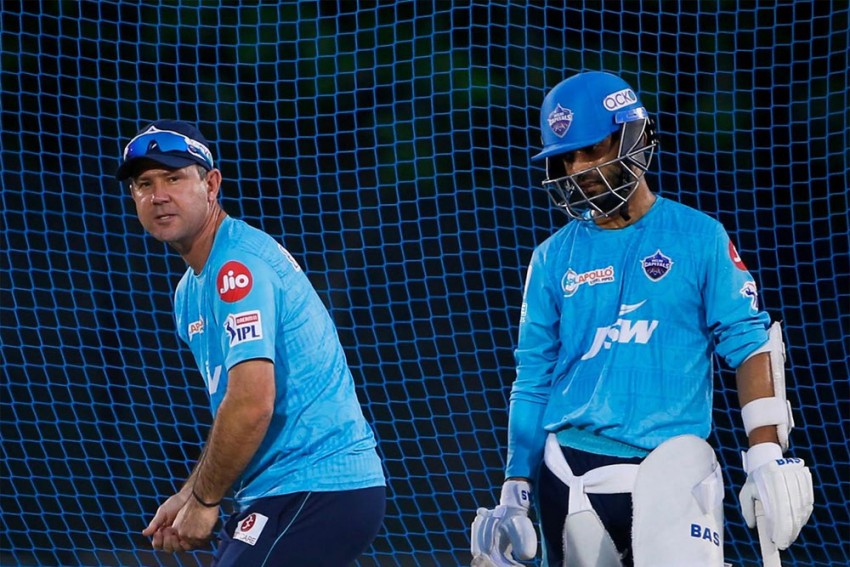 A back-in-form Virat Kohli's tactical acumen will be put to test against Shreyas Iyer's unassuming but dynamic brand of captaincy when the two most impressive teams of the ongoing IPL -- Royal Challengers Bangalore and Delhi Capitals -- face each other in Dubai on Monday.

Both DC and RCB have looked solid so far and are placed atop the standings with three wins out of four games each.

While Iyer has shown great form in his team's four matches, Kohli finally got his act together in RCB's last game against Rajasthan Royals, striking a fluent half-century.

On Saturday, Iyer (88 not out off 38 balls) again showed his class after Prithvi Shaw's (66) opening act as Delhi beat Kolkata Knight Riders by 18 runs.

Kohli too finally got his touch back after three ordinary outings with an unbeaten 72 off 53 balls to guide RCB to a comfortable eight-wicket win over Rajasthan Royals.

And come Monday, the two skippers would look to lead from the front and outwit each other in what promises to be a thrilling contest.

While Shaw has so far looked quite in control at the top of the order for DC, Shikhar Dhawan's form would be a cause of concern for Iyer.

But on the brighter side, Delhi seem to have finally got Rishabh Pant back in form as he dusted off his rustiness with a quick-fire 17-ball 38 against KKR.

To add to it, there is Marcus Stonis and Shimron Hetmyer waiting in the wings.

On the bowling front, Kagiso Rabada is the go-to man for DC even though he leaked runs against KKR the other day.

South African pacer Anrich Nortje has been brilliant for DC in the opening and slog overs and bowled a brilliant penultimate over against KKR on Saturday.

Harshal Patel, as Ishant Sharma's replacement, did well enough to finish with 2 for 34 in 4 overs but the fit-again Ravichandran Ashwin and Stoinis went for runs.

RCB, on the other hand, have been served well by the young Devdutt Padikkal at the top. The left-hander, considered the next big thing in Indian cricket, is fourth in the run-scorers' tally with 174 from four games, including three fifties.

And if Aaron Finch too gets going, it would be difficult for any side to stop the marauding Bangalore openers.

Kohli's return to form is a relief for RCB's batting unit, which also has the likes of the in-form AB de Villiers, Shivam Dube and Gurkeerat Singh among others.

Isuru Udana has been a welcome addition in RCB's bowling line-up along side Navdeep Saini and the spin duo of Washington Sundar and Yuzvendra Chahal.

But Australian leg-spinner Adam Zampa is yet to adjust to the conditions.

RCB would also be hoping for Chris Morris to recover quickly after the South African all-rounder picked up a side strain before the start of the tournament.