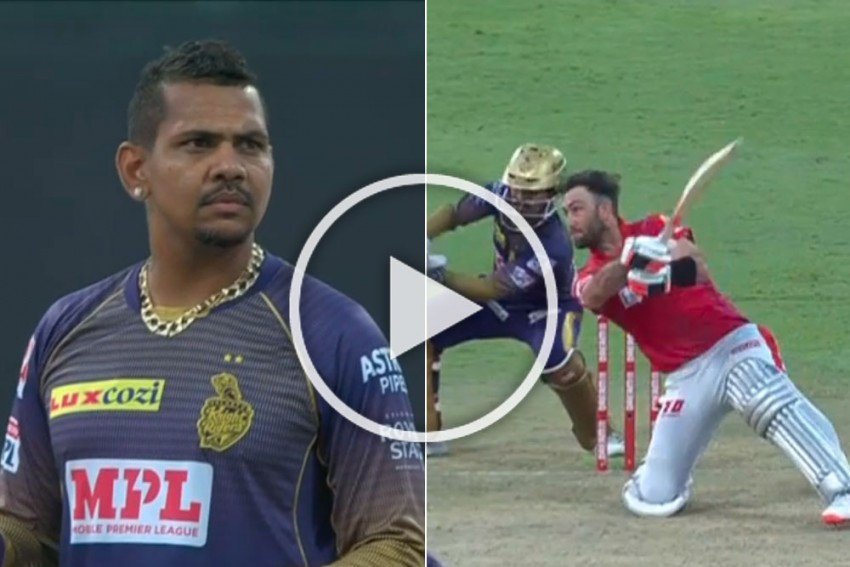 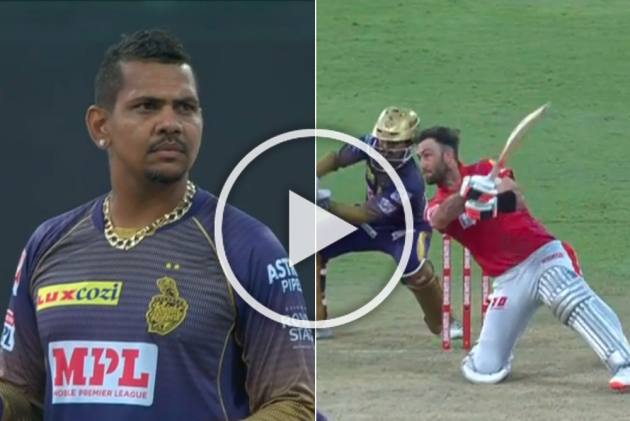 Kolkata Knight Riders spinner Sunil Narine said he was feeling the pressure but managed to keep his calm while bowling a successful final over that earned his team a narrow two-run win against Kings XI Punjab in an IPL match in Abu Dhabi on Saturday.

KKR were seemingly down and out when KXIP needed 22 from the final three overs but Narine tilted the match in his side's favour by dismissing Nicholas Pooran and conceding just two runs in the 18th over.

Narine also bowled the final over of which KXIP needed 14 runs. They needed a six off the final ball to take the match to Super Over but Glenn Maxwell could only score a boundary to hand KKR a two-run win.

"It is not ideal (for me to bowling at the death) but someone has to do that. I am used to doing it in the past. Inside the pulse is racing, but this calm is just how I am," the West Indian off-spinner added.

"Narine stands up for us a lot of time. He is calm. He is always looking to find the best way to contribute to the team," said Karthik who was named man of the match for his counter-attacking 58 off just 29 balls in KKR innings.

"Not only Sunil, a lot of credit needs to be given to Morgan and McCullum. I am very lucky to have the world's best captain by results in my side."

He said when the KXIP players KL Rahul and Mayank Agarwal were batting, he knew his side would need to do something really special to come back into the game.

"With Sunny and Varun there, and Prasidh bowling the way he has done in his first game... Prasidh is special. The way he came back and bowled in the second spell shows how good he is."

Talking about head coach Brendon McCullum, Karthik said, "McCullum has been encouraging me to bat higher in the order, but I am looking at what the team needs. I have to give him credit for keeping me in this space."

KXIP captain KL Rahul said he has no answers for the loss.

"Don't think we were satisfied at any stage in the chase. You are satisfied only when you win the game. Towards the end, we kept losing wickets, and couldn't get us over the line.

"We bowled really really well. This was a fresh strip so we didn't know what were good lines and lengths. And the bowlers adjusted really well. And they were brave at the death too.

"We just need to keep coming harder in the next seven games."