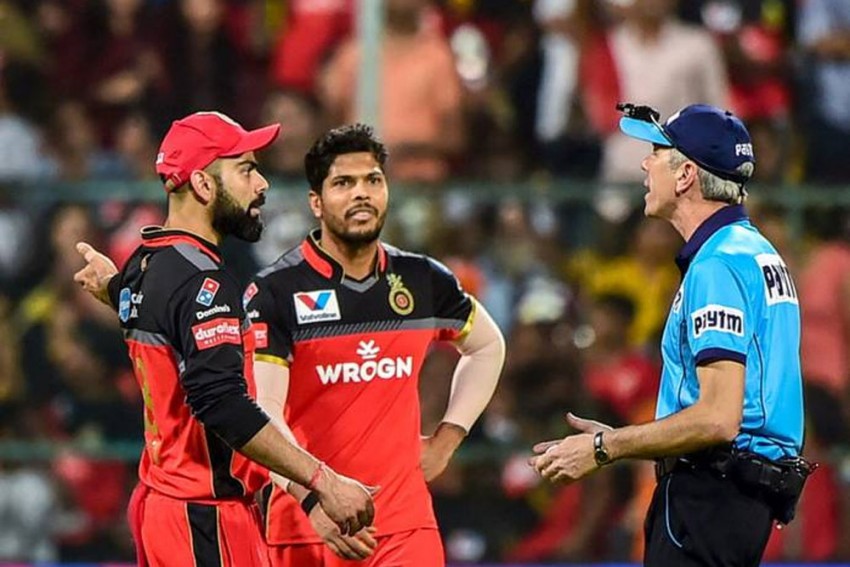 Nigel Llong has stood in 56 Tests, 123 ODIs and 32 T20Is in his career and will be standing in the upcoming World Cup in the United Kingdom, starting May 30.
PTI Photo
May 07, 2019 00:00 IST IPL 2019: Umpires Are Untouchables! Nigel Llong Damages Door After Confrontation With Virat Kohli, Sanction Unlikely 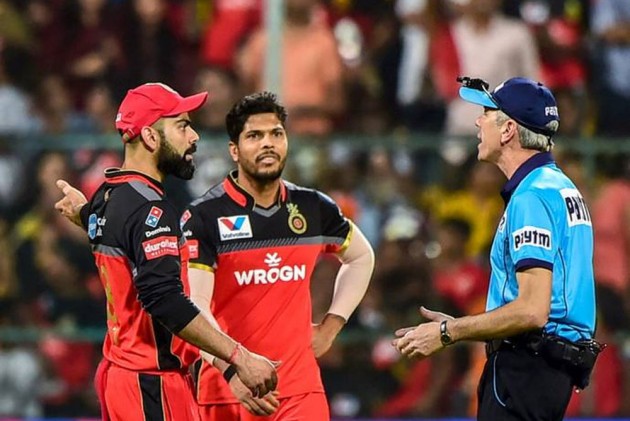 English umpire Nigel Llong could face the BCCI's scrutiny for allegedly damaging the door of a stadium room after an argument with Virat Kohli but the Indian board is unlikely to remove him as an official for the IPL final on May 12.

Llong reportedly lost his cool after being confronted by Royal Challengers Bangalore skipper Kohli over a contentious no ball call against SunRisers Hyderabad during an IPL match on Saturday in Bengaluru.

According to reports, the ICC Elite Panel official kicked the door of the umpires' room during the innings break and damaged it.

A BCCI official told PTI that Llong might have some explaining to do but the matter will not cost him his place as a designated umpire for the IPL final to be held in Hyderabad.

The BCCI, it is learnt, is in a dilemma on whether to even consider taking such a step "for a moment's indiscretion".

In Bengaluru, Karnataka State Cricket Association secretary R Sudhakar Rao said the KSCA has demanded action against Llong. Rao, however, did say that the 50-year-old paid for the damage caused.

"We have reported the matter to the Committee of Administrators (COA) and hopefully action will be taken against Nigel Llong. If the players are punished for their misdemeanour and fined their match fees then why not the umpires," he said.

"I didn't speak to umpire Llong but I spoke to match referee Narayanan Kutty. I  am hopeful COA will take action," he added.

Llong paid Rs 5000 after he was confronted by the KSCA officials and had demanded a receipt of the payment.

Llong has stood in 56 Tests, 123 ODIs and 32 T20 Internationals in his career and will be standing in the upcoming World Cup in the United Kingdom, starting May 30.