Virat Kohli and Jasprit Bumrah are currently with India cricket team in England and Wales for the ongoing Cricket World Cup, The duo will be rested for the limited overs series against West Indies, from August 3. 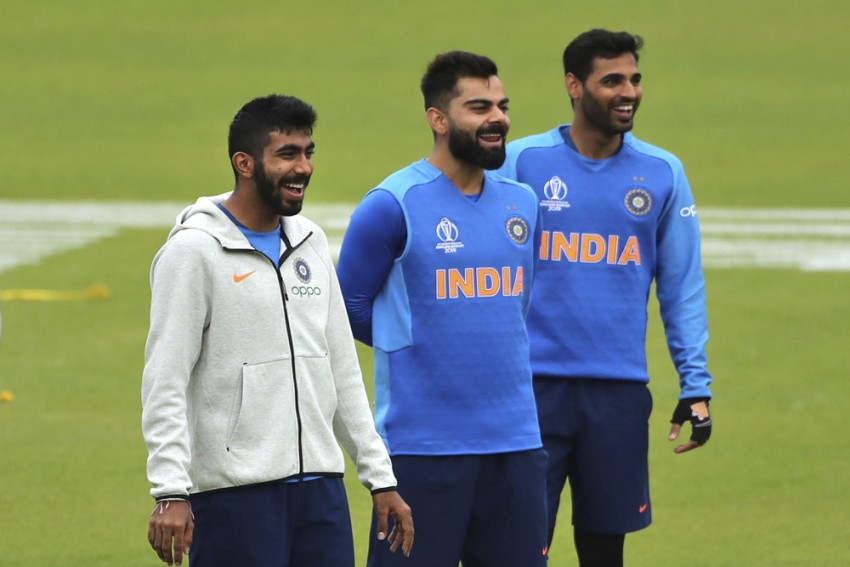 Kohli and Bumrah will probably be joining the squad before the three-day practice game in Antigua from August 17-19.
AP
Outlook Web Bureau June 23, 2019 00:00 IST India's Virat Kohli And Jasprit Bumrah Likely To Be Rested For The Upcoming Limited Overs Series Against West Indies 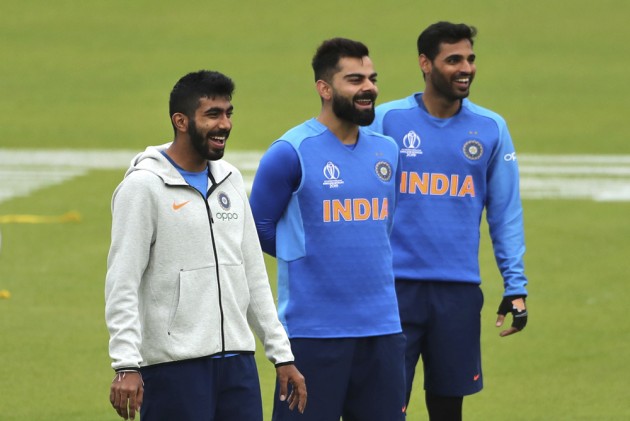 Playing a big role in a tournament like the ongoing Cricket World Cup is obvious going to be tiring for our fellow cricketers in England and Wales. So, it looks like India skipper Virat Kohli and pacer Jasprit Bumrah will be rested for the upcoming limited overs series against West Indies.

It is going to be held in the United States and the Caribbean, from August 3 onwards. The duo will be back for the two-Test series (part of World Test Championship).

According to PTI, a senior BCCI official has revealed that the duo will be rested for the three-match T20Is and three-match ODI series. "Virat has been playing since start of Australia series and Bumrah's workload management is also paramount. They will join the team before the Test series," the official said.

The official added, "With first Test in Antigua starting August 22, there would be enough time for the key members in the World Cup squad to get much needed rest."

BCCI in partnership with Cricket West Indies had made the schedule in such a way that the Test matches will be after the T20s and ODIs. Kohli and Bumrah will probably be joining the squad before the three-day practice game in Antigua from August 17-19.