Virat Kohli has been found guilty of breaching Article 2.1 of the ICC Code of Conduct for Players and Player Support Personnel, during India's win over Afghanistan in the ongoing Cricket World Cup. 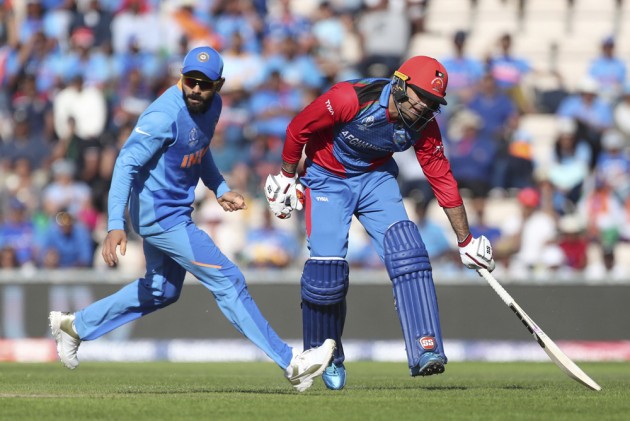 A fine has levied on India captain Virat Kohli due to breaching Level 1 of the board's Code of Conduct during the Cricket World Cup match against Afghanistan, on June 22, at Rose Bowl Cricket Ground. He has been fined 25 per cent of his match fee.

The Royal Challengers Bangalore player has been found guilty of breaching Article 2.1 of the ICC Code of Conduct for Players and Player Support Personnel. It is in regards to  “Excessive appealing during an International Match”. The event occurred during the 29th over of the Afghanistan innings. Kohli walked towards Aleem Dar (umpire) in a rather aggressive manner. It was an lbw decision.

The 30-year-old has admitted to the offence and has accepted the fine proposed my referee Chris Broad (Emirates ICC Elite Panel of Match Referees). So there was no formal hearing for it.

Also, one demerit point has been added to the batsman's disciplinary record. It was his second offence, since the revised Code was introduced in September 2016. He now has two demerit points. He received one against South Africa on January 15, 2018.

Level 1 breach carries a minimum penalty. It has an official reprimand, one or two demerit points and a maximum penalty of 50 per cent of match fee.

ALSO READ: Cricket World Cup, India Vs Afghanistan: It Is Difficult To Wait For Your Turn To Bat, Says Kedar Jadhav

The Men in Blue registered an 11-run win over their latest opponents. Winning the toss, Kohli decided to bat first, although the Shikhar Dhawan-less side collapsed at 224/8. Kohli smashed 67 runs off 63 balls, packed with five fours. Afghanistan reached a total of 213 (all out) in a rather close fixture.