Paine has gained notoriety among Indian fans for his many run-ins with Virat Kohli. 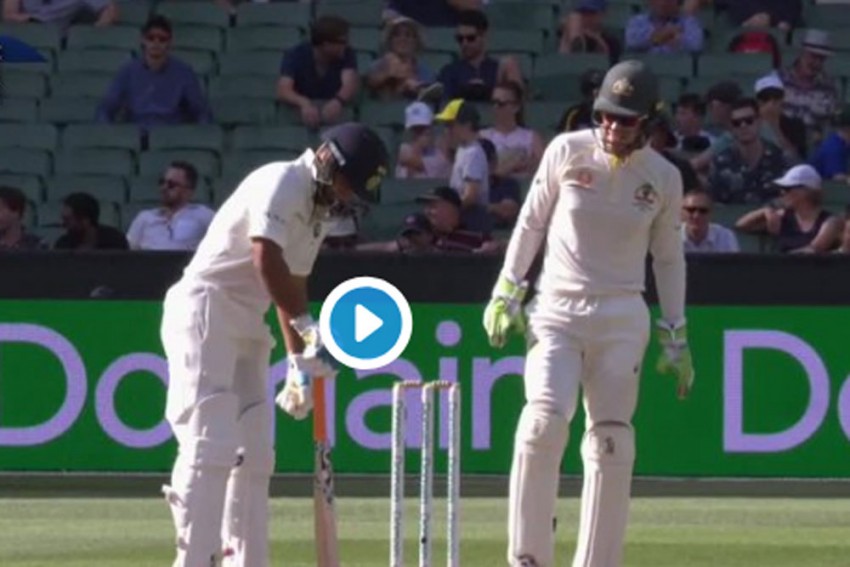 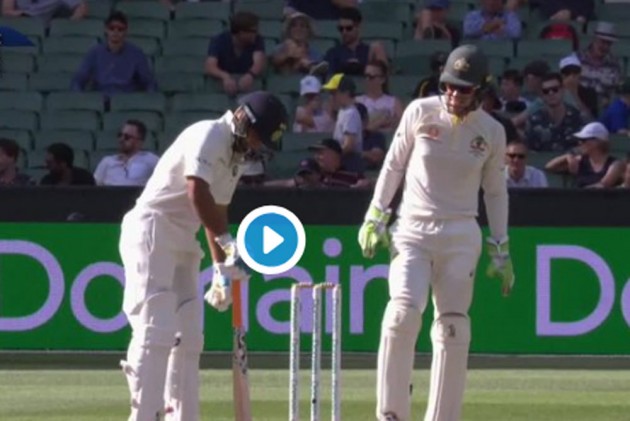 Australia captain and wicketkeeper Tim Paine unsuccessfully tried to provoke Rishabh Pant during the closing stages of play on Day 3 of the Boxing Day Test at the Melbourne Cricket Ground (MCG), Melbourne on Friday.

With Pat Cummins providing a glimmer of hope to the Aussies by taking four wickets in no time, Paine was ready to do some talking behind the wickets even as the India glovesman tried hard not to lose concentration.

Paine started by reminding Pant that legendary Mahendra Singh Dhoni is back in the One-Day Internationals squad, and the Indian wicketkeeper should consider playing for Hurricanes, where he can play as a batsman.

He even offered Pant to babysit his kids. Here's what she said:

"Tell you what big MS is back in the one-day squad. Should get this bloke down to Hurricanes.. They need a batter... Fancy that extends you Aussie holiday, beautiful town Hobart too... get him a waterfront apartment... Have him over for dinner... Do you babysit? I can take my wife to the movies while you watch the kids."

The Aussie skipper sure knows that with Dhoni back in the ODI squad, Pant's stay Down Under will be over after the end of the Test series. And the youngster is likely to be out of the national team with India focusing on the next year's World Cup in England.

Paine has gained notoriety among Indian fans for his many run-ins with Virat Kohli. In his short stint as the captain of Australia Test team, the 34-year-old has established himself as one of the popular cricketers in the world.

On the second day, yesterday, he teased Rohit Sharma with Indian Premier League banter. Paine told Aaron Finch, who was standing close in: "It's a bit of a toss up between Royals and Indians for me. But if Rohit hits a six now, I'm changing to Mumbai."

Aaron Finch discusses the IPL banter with skipper Tim Paine when Rohit Sharma was out in the middle #AUSvIND pic.twitter.com/wcuElzaHHE

On Friday, Rohit, who's the captain of the Indians, said before the start of day's play: "I was hearing that but when I'm batting I just focus on the job at hand. But I had a chat with Ajinkya Rahane and I joked that if he (Paine) gets a hundred here, I will put in a word about him to my boss at Mumbai Indians and we'll buy him. Looks like he's a fan of Mumbai".

At the close of play on Day 3, India were 54/5 with Pant and debutant Mayank Agarwal unbeaten on 6 and 28 respectively.

Despite the batting mess in the second innings, India are in a prime position to win the third Test of the Border-Gavaskar Trophy series.

The visitors lead the Aussies by 346 runs.