Pereira, 23, joined FC Goa last season, impressing in his debut season during the latter stages of the 2020/21 campaign. 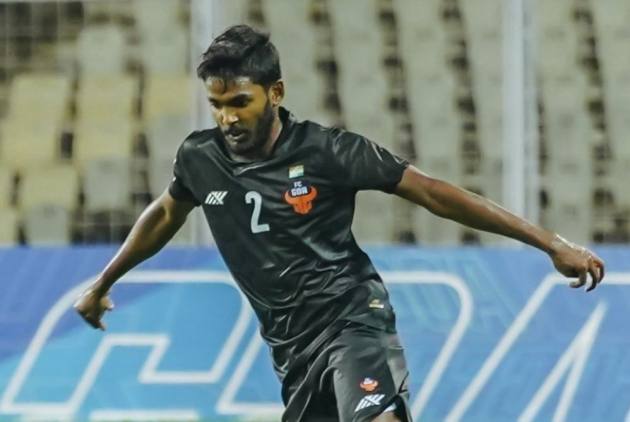 Defender Sanson Pereira has signed a contract extension with FC Goa to keep him at the club until the summer of 2024. (More Football News)

The 23-year-old left-back joined the Gaurs last season, impressing in his debut season during the latter stages of the 2020/21 campaign.

Over the season, Sanson made a total of 10 appearances in the Orange of FC Goa while holding the distinction of being the only player to start all six games of the club's maiden voyage into continental competition in the AFC Champions League.

The youngster played a major role in helping the Gaurs finish third on the table in AFC Champions League Group A.

"I've grown a lot in only a season with this club, both on and off the pitch. Playing with some of the best players in the country and working under a tremendous coach in Juan Ferrando has helped me to find a new dimension within me," Sanson said.

"There is certainly more that I feel I can do here at FC Goa to help the team. I will look to make a bigger impact on the team in the coming years to help the side achieve its goals."

He said, "He has really impressed in his first season with the club. He has improved throughout the course of the season and found his stride in the AFC Champions League.

"He is a thorough professional, who had a great attitude throughout the campaign. He wants to learn and be better each day.

"He came into the team at a crucial point in the season, in the AFC Champions League and showed an assurance and calmness that we normally relate with veterans. I look forward to seeing Sanson take it up another level next season."

Sanson is the third player to sign a contract extension in 2021, joining Brandon Fernandes and Glan Martins in lengthening their stay with the Gaurs.