Prithvi Shaw Suspended For Doping Violation, Admits He Was Careless

Test opener Prithvi Shaw had consumed a basic over the counter cough syrup during the Syed Mushtaq Ali Tournament due to severe cough and cold. The medicine (prohibited by WADA) consists of Terbutaline which can be consumed if the athlete in question avails a Therapeutic Use Exemption (TUE) certificate in advance. 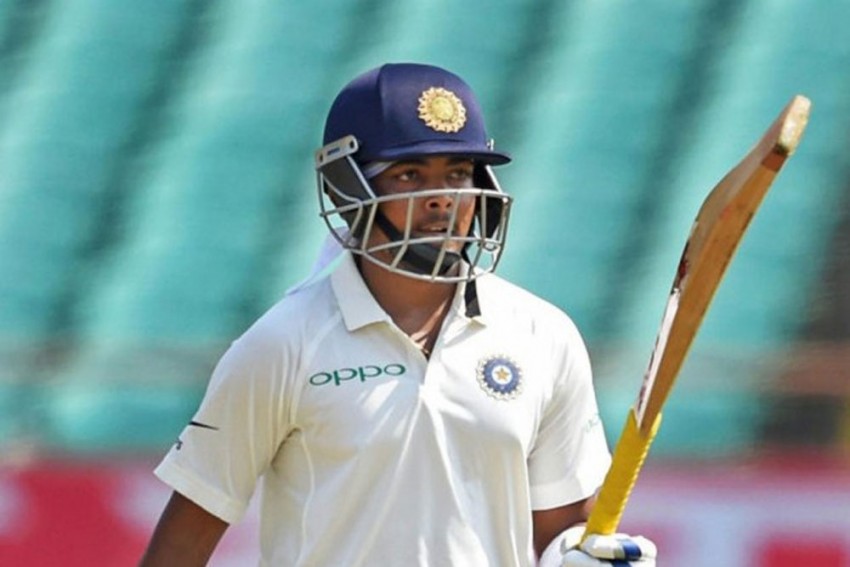 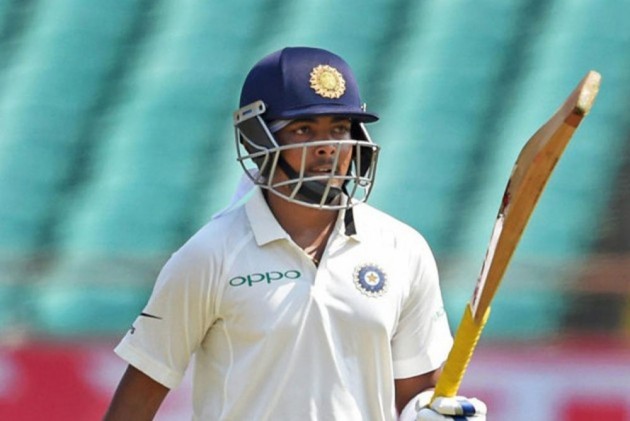 Prithvi Shaw, along with two other Indian domestic cricket players, was provisionally suspended on Tuesday for doping violations. According to a Board of Control for Cricket in India (BCCI) press release, all three cricketers took prohibited substances inadvertently.

Shaw, 19, was charged with the commission of an Anti-Doping Rule Violation (ADRV) under the BCCI Anti-Doping Rules (ADR) Article 2.1 on July 16, 2019, resulting in a back-dated suspension, for eight months, which will end on November 15.

In an official statement, Shaw accepted his mistake revealing that he had consumed a basic over the counter cough syrup, when he was suffering from severe cough and cold during the Syed Mushtaq Ali Tournament on February 2019. He quipped that out of his eagerness to play he didn't follow the right protocol. "I accept my fate with all sincerity. While I am still nursing an injury which I suffered during my last tournament, this news has really shaken me", said Shaw.

"I have taken this in my stride and hope it inspires others in our sports fraternity too in India that we as athletes need to be extremely careful in taking any medicine for the smallest of medical ailments even if the medicine is available over the counter and we need to always follow the protocol."

The opener had provided a urine sample as part of the BCCI's anti-doping testing program during the Syed Mushtaq Ali Trophy match on February 22, 2019 in Indore. The release added that Shaw's "sample was subsequently tested and found to contain Terbutaline. Terbutaline, a specified substance, is prohibited both In & Out of Competition in the WADA (World Anti-Doping Agency) Prohibited List of Substances."

It is generally used to treat problems related to breathing and can be consumed if the athlete in question avails a Therapeutic Use Exemption (TUE) certificate in advance.

In this case, the Indian cricketer didn't avail the prior permission. Under TUE, players may can use a prohibited medication to treat a legitimate medical condition.

Shaw has played two Test matches for India scoring 237 runs with a hundred and a half-century, had earlier pulled out of India A's One-Day and unofficial Test series against West Indies A reportedly due to a hip injury.

The junior World Cup-winning captain had made a mark last year, hitting a hundred on Test debut against the West Indies, but was sent back from the tour of Australia after twisting his ankle during a practice game.

He is currently undergoing rehabilitation for a reported hip injury at the National Cricket Academy and was ignored for the upcoming Windies tour.

While the International Cricket Council (ICC) has decided to remain compliant to the WADA directives, the BCCI had reservations on dealing with NADA (National Anti-Doping Agency). The Indian cricket board only agreed to work with the national anti-doping agency for the next six months on a trial basis in March, and intriguingly Shaw's suspension starts from March 16.

But, as it turned out, Shaw is not the first Indian cricketer to have 'caught' using Terbutaline. Last year, veteran all-rounder Yusuf Pathan also had inadvertently ingested the prohibited substance to be suspended for five months.

Shaw, who is registered with Mumbai Cricket Association, said that he had inadvertently took the drug because of consuming an over-the-counter syrup for his cough. The Indian cricket board found his explanation satisfactory and ruled out the possibility of the substance using as a performance enhancer. He has been subsequently served a back-dated eight-month suspension.

The BCCI statement said: "Shaw had provided a urine sample as part of the BCCI's anti-doping testing programme during the Syed Mushtaq Ali Trophy match on February 22 in Indore. His sample was subsequently tested and found to contain Terbutaline. Terbutaline, a specified substance, is prohibited both In & Out of Competition in the WADA Prohibited List of Substances.

"On 16th July 2019, Shaw was charged with the commission of an Anti-Doping Rule Violation (ADRV) under the BCCI Anti-Doping Rules (ADR) Article 2.1 and provisionally suspended pending determination of the charge. Shaw responded to the charge by admitting the ADRV but asserting that it was inadvertent, being caused by his ingestion of the over the counter cough syrup he had taken for his cough.

"The BCCI is satisfied with Shaw's explanation that he had taken Terbutaline inadvertently to treat an Respiratory Tract Infection and not as a performance-enhancing drug. Having considered all of the evidence and taken expert external advice, the BCCI has accepted Shaw's explanation of the cause of his ADRV, and on that basis has agreed that a period of ineligibility of eight months should apply, together with disqualification of certain results."

"Under BCCI ADR Article 10.10.3, Shaw is entitled to full credit against that period of ineligibility for the provisional suspension that he has been serving since July 16. In addition, because Shaw promptly admitted his ADRV upon being confronted with it by the BCCI, there is discretion under BCCI ADR Article 10.10.2 to back-date the start of the period of Ineligibility to the date of sample collection (22nd February 2019).

(i) the last two months of the Cricketer's period of Ineligibility; or

(ii) the last one-quarter of the period of Ineligibility imposed.

"Therefore, Shaw may return to train with his State team and/or to use the facilities of any club or other member organisation of the BCCI after midnight on 15th September 2019."