India Vs Sri Lanka: 'We Are Happy To Chase ... Do This Day In And Day Out,' Says Dinesh Karthik 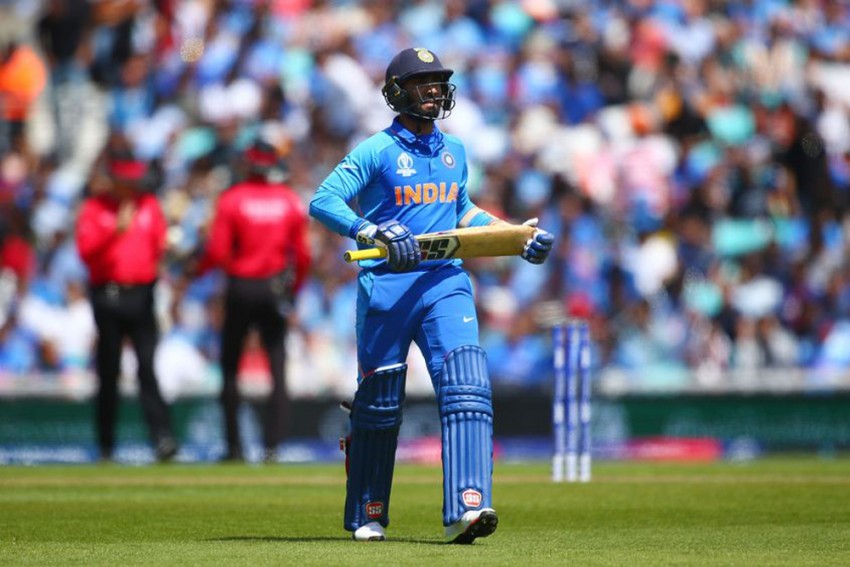 Karthik got his first chance in this tournament in the win over Bangladesh, coming into the side as a specialist batsman.
Getty Images
Outlook Web Bureau 2019-07-05T20:41:11+05:30 India Vs Sri Lanka: 'We Are Happy To Chase ... Do This Day In And Day Out,' Says Dinesh Karthik 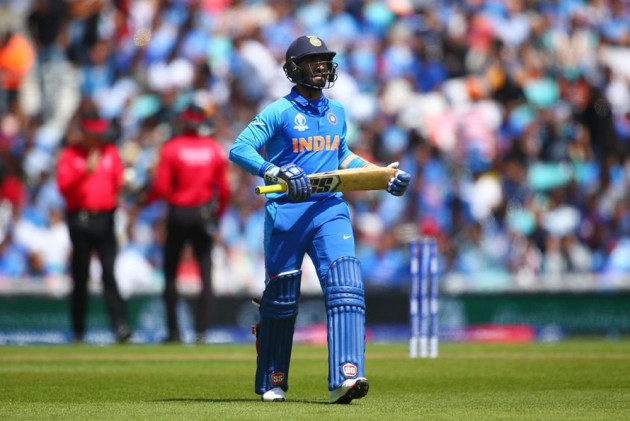 This ICC Cricket World Cup 2019 has been dominated by teams batting first but Dinesh Karthik insists India are still just as happy chasing. The wicket-keeper batsman made his long-awaited World Cup bow against Bangladesh on Tuesday, 15 years into his international career.

A 28-run victory at Edgbaston clinched India’s place in the semi-finals, and depending on results, they could return to Birmingham in the final four. That would mean a rematch with England, who India lost to at Edgbaston by 31 runs in the group stages.

But while India were beaten while chasing in that game, and teams have been much more successful batting first in the second half of this tournament, Karthik believes India are equally comfortable in either scenario.

“I think India is a team there have been good chasers for a long time we're very confident of chasing,” he said, ahead of India’s final group game with Sri Lanka at Headingley.

“I think the reason (teams have struggled batting second) is they're worried about the scoreboard pressure. But having said that, I think we as a team believe that we're good chasers, because that's what we do day in, day out.

“And we're a team that actually has the ability to handle pressure very well. We'd back ourselves to chase and get the totals that we believe we can achieve.”

Karthik got his first chance in this tournament in the win over Bangladesh, coming into the side as a specialist batsman with MS Dhoni keeping wicket.

Batting at seven, he made eight runs as India tried to up the pace in the later overs, and Karthik insists he is comfortable in that role.

He added: “I've been around for 15 years, so to play that game (against Bangladesh), I was really happy. I went to the World Cup in 2007, which actually didn't go as well as we had planned. And for me to come here and sit out the initial bit and then get a chance was something that I was really looking forward to.

“I think it's a very important phase of this tournament and I'd like to do the best I can moving forward for Team India.

“I think the coaches have been very clear on what my role has been. When I go in at No. 7, I need to assess the situation of the game and then play accordingly.

“If obviously we need to cross the line when we're batting second, then I need to pace myself accordingly.

“If you're batting first, then make sure we get to the par score that's required. They've made it clear that this is where I'll be batting, and my role is to make sure, whatever the situation is, assess it and do the best that I can.” (Inputs from ICC)

South Africa Vs Australia: 'Worked Hard For Every Wicket', Imran Tahir 'Very Sad And Emotional' Ahead Of Final ODI