Hoping to avoid a 3-0 whitewash, South African bowlers gave a good account of themselves by taking three wickets quickly, but Rohit Sharma and Ajinkya Rahane shared an unbeaten 185-run partnership to take India to 224/3 in 58 overs. 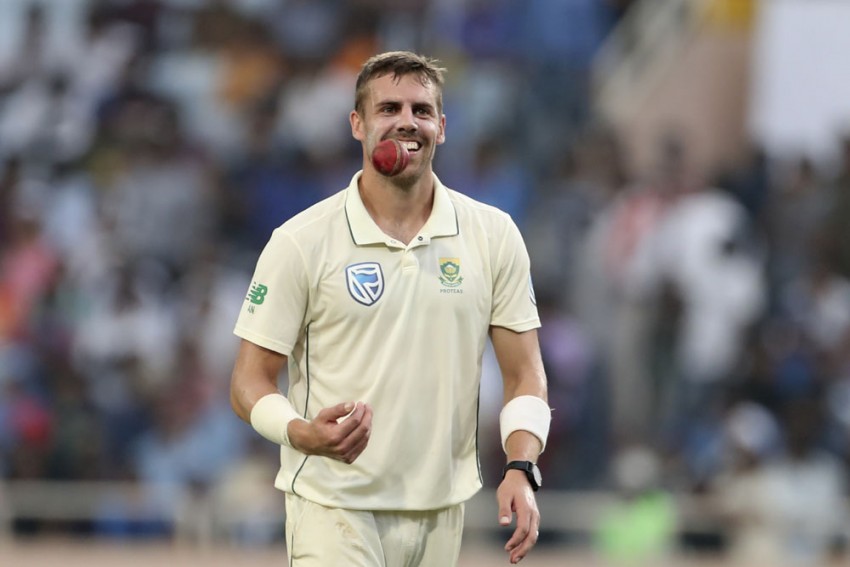 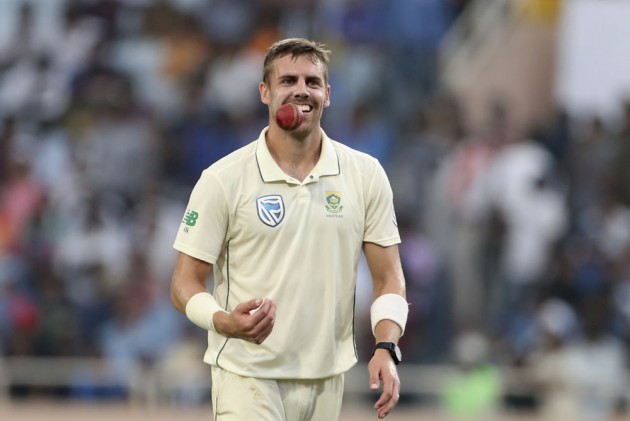 South African pacer Anrich Nortje on Saturday rued letting India off the hook after reducing them to 39 for three on the opening day of the third and final Test at Ranchi.

Hoping to avoid a 3-0 whitewash, South African bowlers gave a good account of themselves by taking three wickets quickly, but Rohit Sharma and Ajinkya Rahane shared an unbeaten 185-run partnership to take India to 224/3 in 58 overs when bad weather forced an early stumps.

Rohit slammed his third century of the series after he successfully reviewed an LBW decision before getting a reprieve on 28 when Zubayr Hamza dropped a difficult chance.

"We were definitely better as in the previous Test. We just tried to control the game little bit better. Unfortunately, we couldn't get another wicket... It would have been nice to have them four-five down," Nortje said after the first day's play.

"We had one or two overs where we went on top, later on we just pulled it back again. So, maybe, here and there we lost but, in general, a good effort by everyone.

"Overall, it was a good effort by the bowlers. There was little bit in it this morning, tried to utilise as much but one or two overs didn't go our way."

Kagiso Rabada was the pick of the attack with 2/54 in 14 overs, while Nortje (1/50 from 16 overs) picked up the wicket of India skipper Virat Kohli.

"I was hoping for a wicket somewhere and to get him was unbelievable, but just try and come with a plan. I try and put as much pressure as possible and finally got the wicket."

Hailing Rabada's effort, he said: "He bowled really well. He was asking the right questions everytime. I thought Lungi backed him up as well. The (bowling) partnership up front was quite decent, so all credit to them."

He said there's still hope in the side as they look to bounce back.

"I think there were quite a lot of opportunities right through the series. Lots of nicks going through the gaps or falling short. Something happened today here there, that's normal to cricket. We have to take it forward going from here. Just keep on asking those questions and control the controllables, I guess."

Nortje disagreed that their bowlers were finding it difficult to cope with the SG ball.

"We have practised with it so I won't blame that. We have used that in South Africa before we got here."

The wicket had some uneven bounce, especially in the first session, and Nortje said: "Definitely it was keeping a bit low at stages, ball hitting the bottom of the bat. Bit of movement but we will have to wait and see.

"I dont know about the next few days... Maybe we will get even or low consistently but ball staying low will have effect for the seamers I don't know about spinners."