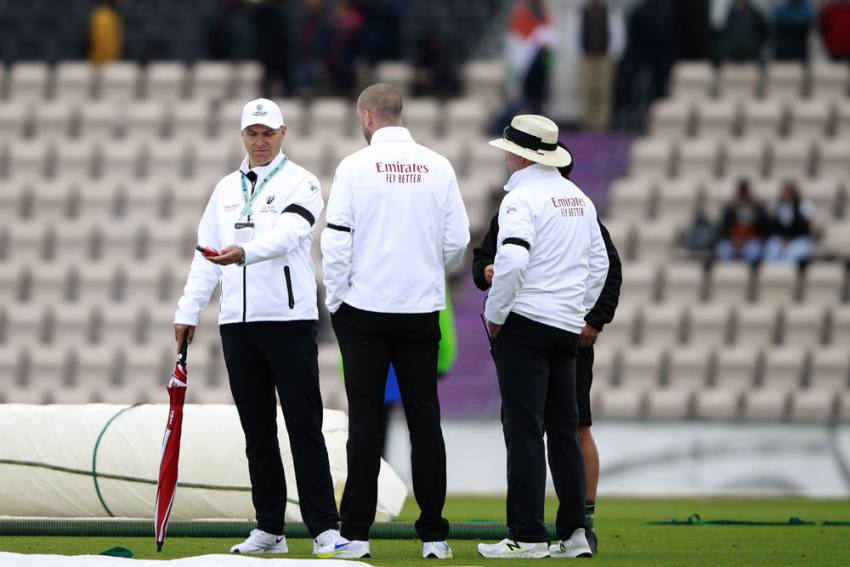 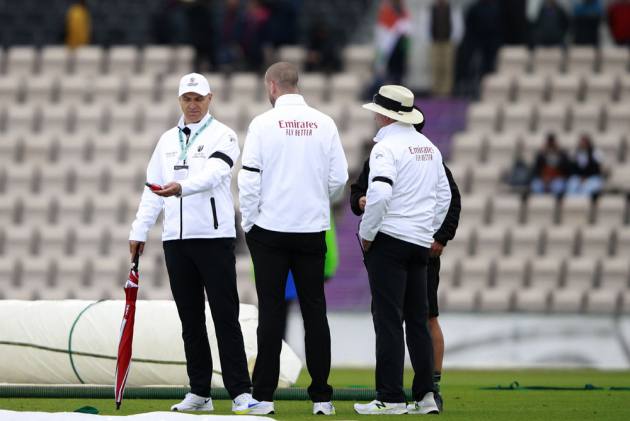 Rohit Sharma (34 off 68) and Shubman Gill (28 off 64), opening for the first time in England, showed remarkable application against the moving ball to share a 62-run stand before Kohli (44 not out off 124) came into his own with a steely knock to take India to 146 for three at stumps on a start-stop second day.

The skipper got good support from Ajinkya Rahane (29 not out off 79) in the final session where bad light stopped play twice before umpires called it a day. A total of 64.4 overs could be bowled on Saturday including only 9.1 in the final session. The opening day was washed out.

As expected, Kohli was ready for the challenge posed by an all seam attack on an overcast day. He played late and close to his body, was happy to leave balls outside the off stump and cashed in on the slightest of scoring opportunities.

His only boundary, a sublime cover drive off Neil Wagner, came before lunch but kept the scoreboard ticking with twos and threes.

Kohli's deputy Rahane did not start convincingly but his feet movement and shot selection got better as his innings progressed. Three of his four boundaries came post tea.

India, who had reached 69 for two at lunch, was only able to add 51 runs in the afternoon with the loss of Cheteshwar Pujara (8 off 54).

With the Dukes ball moving around, Kohli paid due respect to the bowlers including Colin de Grandhomme, who bowled three successive maidens to the India skipper.

With all the fast bowlers making the ball talk, Kohli was patience personified but was quick to pick up runs when bowled into the pads.

Pujara at the other end took 36 balls to open his account. Like Gill earlier in the day, Pujara too was hit on the helmet but the blow from Wagner did not seem to bother him much.

Soon after, the gritty batsman was trapped in front by another left-armer Boult, who swung it back enough sharply to beat the batsman.

In the 41st over bowled by Boult, Kohli wasn't amused when the umpire decided to seek third umpire's help for a caught behind appeal even though New Zealand did not go for the DRS.

In the morning, Rohit and Gill staved off the initial swing threat posed by the opposition pace attack before New Zealand fought back by removing the openers towards the end of the session.

Cool and overcast conditions at the Hampshire Bowl on day two made it a no-brainer to bowl first and Kane Williamson did just that.

India decided to stick to the playing eleven they announced two days ago despite change in conditions while New Zealand went in with a four-prong pace attack at the expense of a specialist spinner with all-rounder de Grandhomme being the fifth seam bowling option.

Rohit and Gill came into the middle with a clear gameplan.

As he often does, Rohit batted with an open stance to negate left-arm pacer Boult's trademark inswinger while Gill stood outside his crease to tackle Tim Southee's outswinger. There were times when Gill was not afraid to come down the track.

Gill, who had played the short ball extremely well in his debut series in Australia, pulled Boult off the front foot for India's first boundary of the final.

Rohit got going with a couple of fours off Southee in the following over, first a cut through the point and the other one was a thick edge past the slip cordon.

The young Gill took a nasty hit on his helmet grill after Jamieson caught him by surprise with a sharp bouncer.

The lanky pacer was the one who provided the much needed breakthrough by having Rohit caught at third slip with Southee taking a terrific catch.

Wagner sent Gill back in his very first over with the one angling away and straight into the hands of B J Watling, who had a brilliant day behind the stumps.