The Indian national football team face Bangladesh in their upcoming 2022 FIFA World Cup qualifier on October 15. Ahead of the clash, during the team's training in Guwahati, head coach Igor Stimac revealed that his players are aware of their next opponents. 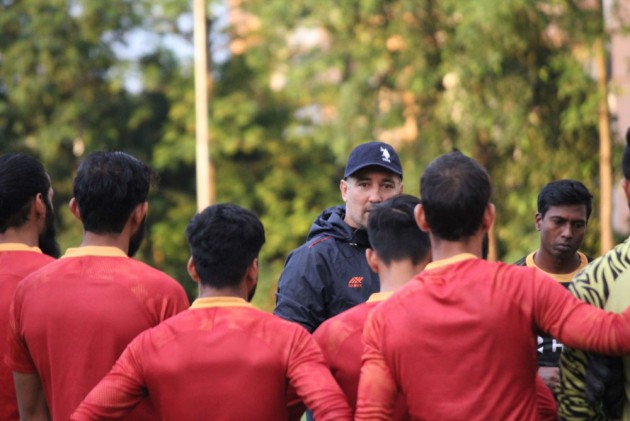 Ahead of the Indian national football team's crucial 2022 FIFA World Cup qualifier clash Vs Bangladesh, head coach Igor Stimac stated that football is a home for players from poor families. Speaking in Guwahati, the Croatian said that India has a great potential in the sport.

“Football is the home for the players from the poor families. All the great players in the world came from poor families. Being poor doesn’t mean that you can’t be successful in football. I think it’s an advantage because when you are hungry…that motivates you. That is the greatest motivational point and factor for being a successful sportsperson,” Stimac said in Guwahati as he gets ready for a training session.

The Indian team is training in Guwahati though they will play the qualifier against Bangladesh in Kolkata on October 15.

“When you are in a well-settled family which has everything, the kids are thinking about educating themselves and going to school which is again important for the footballers. But they are looking for some other things. That’s why I see India as a great country to work. But we need to provide them the facilities – football pitches, balls, and good coaches. That’s not much but we can do that,” he added further.

With him as a coach, India played two World Cup Qualifiers, one against Oman in Guwahati, which they lost in spite of taking a lead, and against Qatar in Doha which was a goalless draw. Stimac received much appreciation for the performance against Qatar. Qatar is a much higher-ranked side that failed to earn a victory at their home.

Stimac, however, doesn’t want to live in the past. He has already started the preparation against Bangladesh.

“You have the full rights to celebrate and keep flying high but I have told my players that we don’t have much time to do that. I have told the boys to forget that match immediately because we have another important match coming up,” said the 52-year-old former center-back.

On their match against Bangladesh which is a must-win game for India, Stimac said that it’s not going to be an easy match. In their last game, Bangladesh beat Bhutan 2-0.

“We respect the opponent a lot. During the last two games, we didn’t get a win. And it’s not an easy game. It’s much more than football. There will be lot of passion involved.

"The players are being concentrated at the danger the Bangladesh team would bring in the pitch. This will be a completely different game than the last two. I suppose this is a game where we need to attack 90 minutes. We need to break the two blocks of defense of Bangladesh who mostly rely on the counter-attack,” Stimac said.

The Blue Tigers will also play a friendly game against NorthEast United FC at Indira Gandhi Athletic Stadium on October 9, which is the home ground of the Bollywood star John Abraham-owned team.