Pandya hit an unbeaten 92 off 76 balls and with Jadeja (66 not out off 50 balls), helped India make a stunning recovery 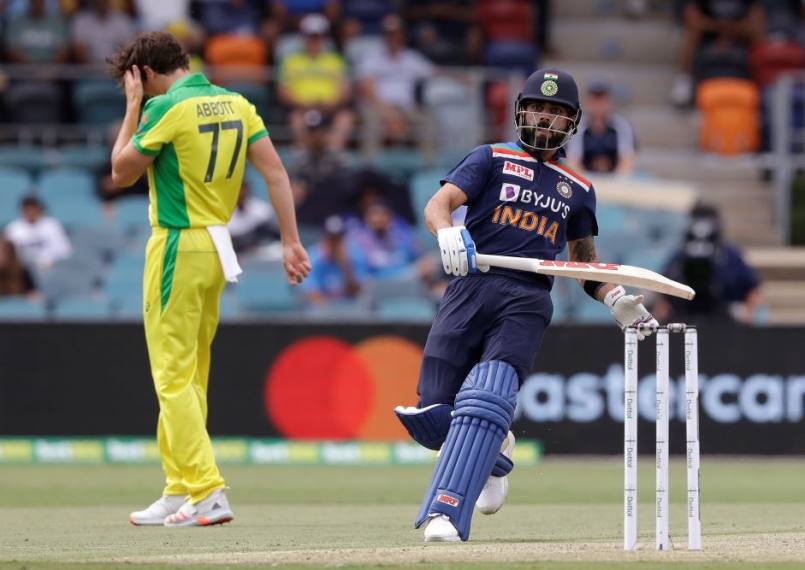 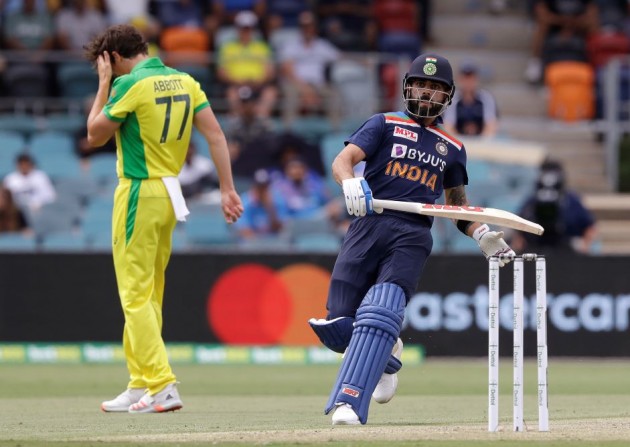 Hardik Pandya played a trademark swashbuckling innings under pressure in the company of Ravindra Jadeja as a late flourish propelled India to 302 for 5 in the third and final ODI against Australia here on Wednesday. Live Updates | Tour Schedule | News

Pandya hit an unbeaten 92 off 76 balls and with Jadeja (66 not out off 50 balls), helped India make a stunning recovery after the team struggled for runs for most part of the innings. Skipper Virat Kohli's fighting half century was another knock of significance in the visiting team's effort.

Coming together in the 32nd over, Pandya and Jadeja stitched 150 runs for the unbroken sixth wicket to change the complexion of the game, which would make no difference to the final score-line as Australia have already sealed it with back-to-back wins in Sydney.

It looked like India would barely reach 250 but Pandya and Jadeja made it a different story. The duo took some time to settle down before opening the floodgates of boundaries. They scored 53 runs from the 46th to 48th over. In all, 76 runs came from the last five overs.

Pandya's innings had seven fours and one six while Jadeja was at his best, hitting five boundaries and three sixes.

Except for Kohli, Pandya and Jadeja, other batsmen struggled on a flat track after India opted to bat.

Senior campaigners like Shikhar Dhawan (16) and KL Rahul (5) perished due to poor shot selection while Shreyas Iyer could contribute only 19 runs at the Manuka Oval, which is known for producing big scores.

Kohli, who became the fastest cricketer to score 12000 ODI runs, showed the gumption to take the fight to the opposition camp with a 78-ball 63 which included five hits to the fence.

For Australia, Ashton Agar was the most successful bowler with figures of 2/44.

India made a relatively quiet start as compared to the earlier two matches with just a boundary coming in the first three overs and the opening duo playing out 12 dot balls during this initial period.

Soon, the visitors suffered a jolt in the fifth over with a soft dismissal of Dhawan who came out of his crease only to hit straight to Ashton Agar.

Kohli and Shubman then put together 56 runs from just under 10 overs before the youngster got out LBW in the 16th over while trying to sweep Agar. His 33 came off 39 balls and had three fours and a six.

After Iyer sliced a delivery to Marnus Labuschagne, KL Rahul made a poor shot selection as he tried a sweep shot off Agar only to perish.

Kohli, who was in great touch, pulling, cutting and driving comfortably, was out in the 32nd over after a half-hearted review for a caught-behind by the Australians.

The Ultra-Edge showed a tiny spike and the umpire had to reverse his decision much to the dismay of the Indians.

It was then left to Pandya and Jadeja to take India past the 300-run mark.