India Vs Australia: David Warner Focussed On Batting, Says 'At 34, My Days Are Numbered'

Warner said at 34, he has become a calculated risk-taker and is focussed on maintaining a strong strike rate. 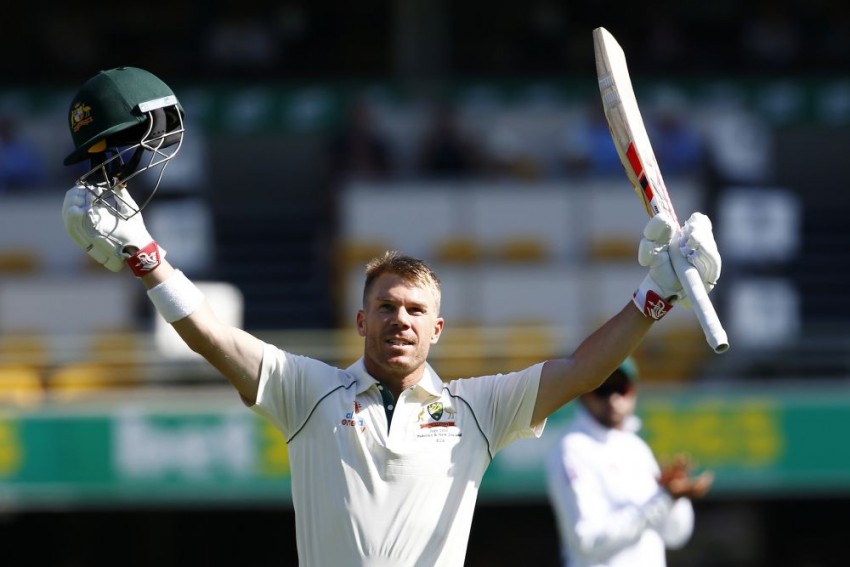 Australia's big-hitting opener David Warner on Monday said his "days are numbered" in international cricket and continuing an approach of keeping his aggression in check, he would rather ignore than engage if Indian players attempt to sledge him during the upcoming series. (More Cricket News)

Warner, in a virtual press conference facilitated by the series' official broadcaster Sony, touched upon his evolution as a batsman in the past couple of years.

"I've just recently turned 34, so my days are numbered, when you're in the 30s. There's obviously a risk element but there's obviously a cricket smarts element to it as well," the explosive opener said ahead of the limited-overs series against India starting with the first ODI on November 27.

Warner, who has had his share of aggressive on-field showdowns, said he would prefer to look the other way if Indians try to get chatty with him.

"I'll always draw from that mate. To try and get engaged, that's the way they like to play as well," he said.

"We're learning over time, trying not to engage in that. Probably try and reversing the effect by trying and ignoring it, trying to take it on board and using it against them by using your bat," he added.

"It's probably something I've learnt over time. And you don't know the effect it can have on your teammates as well. You've got to be a bit more humble in that respect."

Warner said at 34, he has become a calculated risk-taker and is focussed on maintaining a strong strike rate.

"For myself, it's about getting off to a good start and taking calculated risks in that middle-overs period if we're talking about 50-over games," he said.

"For me, it's about making sure that I am batting as much as I can and at a good strike-rate as well. I think last year was probably the most disciplined I've batted in Test match cricket as well.

"I really took pride in the last 12-24 months, to apply that discipline and you keep learning as you get older...You've got to be on top of your game to be able to adapt to that.

A lot of this discipline has come fatherhood, said Warner, crediting his children for the gradually-acquired patience.

"...not get too aggressive or angry when the kids aren't listening. For me, I am getting tested on and off the field. So, it's about being calm and relaxed and trying to sum up the situation you're playing in," he said.

"And making sure, you're taking that right risk at the right time. I think last 12-24 months, I've been doing that quite well," he added.

"Make sure you're not bringing people down with your emotions and keep trying to find ways to get better as a player and as a team player."

Talking about the Indian team, which will not feature in-form opener Rohit Sharma at least in the ODIs and T20Is, Warner said it would a big hole to fill but  Virat Kohli's men do have the wherewithal to manage.

"...obviously he is a big piece of their team, that they are going to be missing, but they have got great in-form guys KL Rahul, Shikhar Dhawan and Mayank (Agarwal), these guys played in the IPL, so you have got guys who are in good touch," he said.

Indian captain Virat Kohli will be flying back to India for the birth of his first child after the first Test, starting December 17 in Adelaide, and Warner lauded the decision.

The batting main-stay also had words of praise for India's Test vice-captain Ajinkya Rahane and said he brings a calm and measured approach.

Asked how different the Test contest would be with Rahane expected to lead after Virat leaves, Warner said, "He's calm and very measured in his approach. He's got a very good cricket brain.

"...it's like chalk and cheese with them two (Kolhi and Rahane) and as a player to try and engage him on the field, as we're talking about engaging, and getting into that contest as players, it's obviously lots to think about how to do that especially with Ajinkya as captain.

"The great thing from India's perspective is that you've got three if not four very good players who could captain the team at any time. With him, he'll bring a calm and measured approach with his nature."

Warner was seen playing aggressively at the back end of the IPL and he stressed that he won't be changing his game.

"Yeah definitely. What do you want to see? 100 of 10 overs or something? (laughs). In the one-day stuff, I'll still come out and play the way I normally do. There's probably going to be no change to that," he said.

"Here in Australia, it's a bit different, in 50-over cricket, you can still play the normal way you do and I think I showed that last year, the way I played against Pakistan and Sri Lanka.

"I played pretty much the same way as I did during the backend of that IPL. I won't be changing my game and will go out and tackle it the way I always do," added Warner, who has 5,303 ODI runs.

The series will be aired on Sony Ten 1, Sony Ten 3 and Sony Six channels from November 27, 8am onwards.