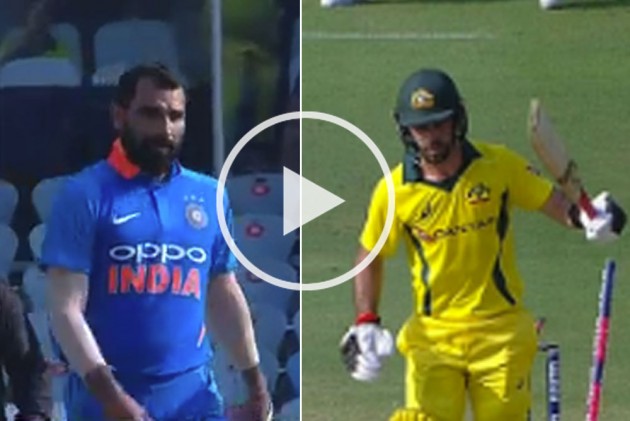 Mohammed Shami played a pivotal role in restricting Australia to a paltry 236/7 in the first ODI match at Hyderabad on Saturday. The right-arm pacer took two wickets for 44 in his spell which also included two maiden overs.

In a space of seven deliveries, Shami produced two brilliant deliveries to clean bowl both Ashton Turner (21 off 23) and dangerous Glenn Maxwell (40 off 51).