Igor Stimac has been keeping a close eye on Indian Arrows and watched the last three home matches of the AIFF's developmental side at the Cooperage Stadium against East Bengal (1-3), Chennai City FC (0-2) and Punjab FC (1-1) 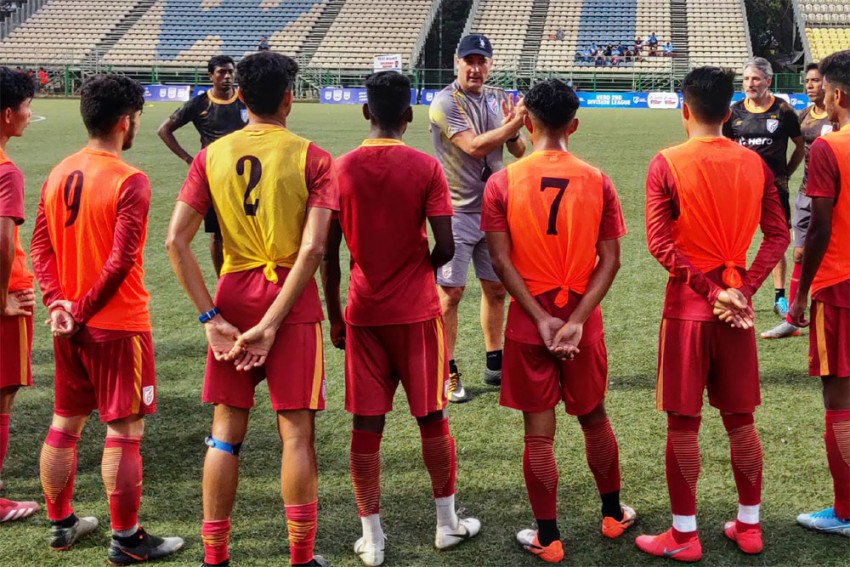 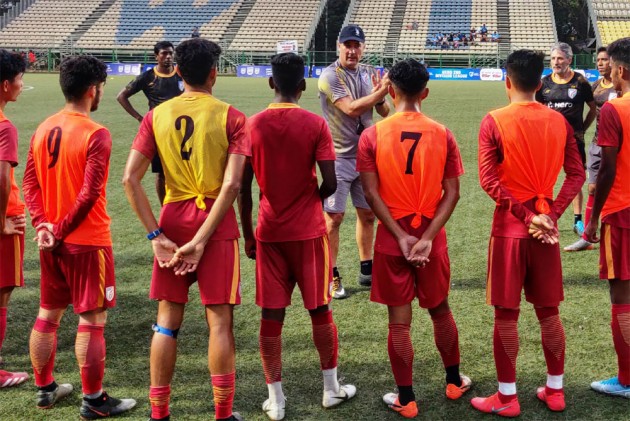 "The boys feel motivated. We had all assembled for a training session, and Igor along with Tomislav (Rogic) and Luka (Radman) took over. They shared their invaluable inputs with the boys," Venkatesh informed. "It was a nice gesture from the National Team Coach which has never happened before. He watched our matches in Mumbai and expressed his desire to attend our training sessions. He himself prepared the training regime and primarily focused on our attacking aspects," Venkatesh added.

Stimac has watched Indian Arrows' last three home matches at the Cooperage Stadium against Quess East Bengal (1-3), Chennai City FC (0-2) and Punjab FC (1-1). Midfielder Ricky Shabong, who played an integral part in India's run to the quarterfinals of AFC U16 Championship Malaysia 2018, mentioned it was a “special day for him.”

"I’m very honoured that Stimac-sir joined us at our training before a crucial away game. It was a great experience. He helped us focus on key areas and game situations,” Shabong explained.

Midfielder Givson Singh, who triggered the last-gasp equaliser against Punjab FC, said: "The movements off the ball, the high-intensity passing and finishing were the areas about which we learnt a lot. The whole team enjoyed the session."

Tomislav Rogic, who was hailed by none other than Gurpreet Singh as "the best coach I have worked with," also conducted an intense session with the goalkeepers. Goalkeeper Samik Mitra felt it's "an honour" for him and other goalkeepers to train under him "who has trained some of the best goalkeepers in the world."

"It’s an absolute honour to train under a coach who has trained some of the best goalkeepers in the world. I am grateful that he helped me improve various techniques,” Mitra mentioned.

Meanwhile, Stimac stressed that "developing their football knowledge" was the priority.

"We are not putting pressure on them with regards to getting results in the Hero I-League. Our focus is on developing their football knowledge and physical capacities for upcoming years,” Stimac explained. "They are a good bunch of promising youngsters. Venky (Venkatesh) has been guiding them very well. It was an effective session today. I wish them all the best for the upcoming matches. I'll look forward to spending some more time with them in the future," Stimac quipped.