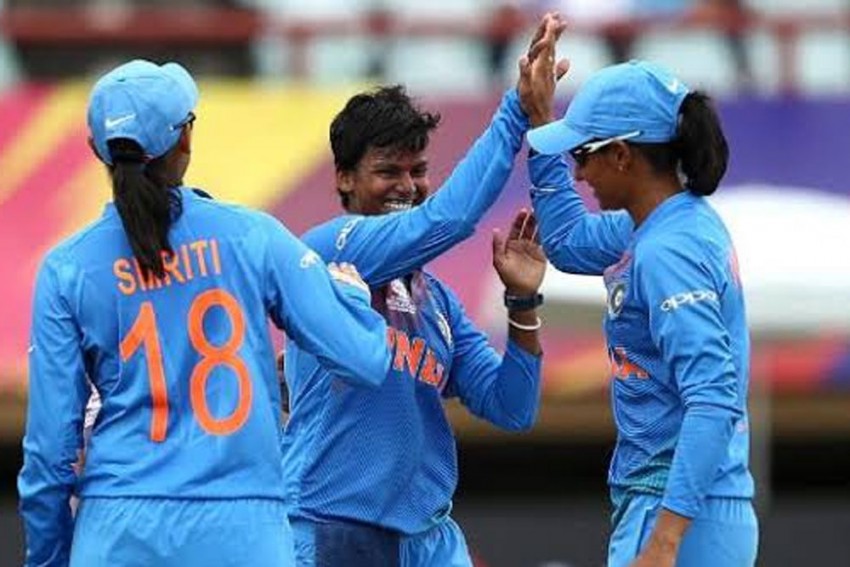 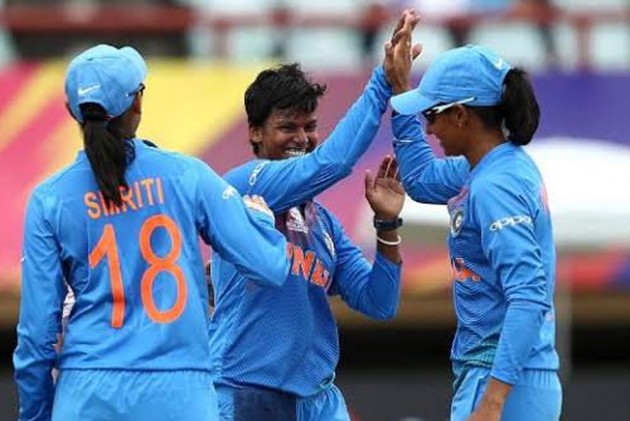 Indian women beat West Indies women by seven wickets in the third T20I at the Providence Stadium in Guyana to take an unassailable 3-0 lead in the ongoing five-match series between the two sides. (More Cricket News)

Batting first, West Indies were restricted to a measly total of 59/9 in their designated 20 overs on Thursday. Jemimah Rodrigues was unbeaten on 40 as India chased down the total in 16.4 overs for the loss of three wickets.

The West Indies' top order once again failed to capitalise on the powerplay overs as two wickets fell. First to go was Hayley Matthews, who fell for 5, giving Anuja Patil an easy catch off her own bowling after dispatching her for a beautiful boundary through point. Shemaine Campbelle's struggle with the bat continued as she managed a 12-ball 5 before she was LBW. Then came Stacy-Ann King's wicket for 7 in the ninth over. The West Indies were tottering on 27/3 in ten overs.

Chedean Nation and Natasha McLean then started a slow but steady rebuild of the hosts' innings. India stared their bowling attack with all spin which pegged the rapid scoring that the West Indies like to do using the pace of the fast bowlers.

The match was paused momentarily as three sets of stadium lights shut off. No overs were lost and it was more of the same on the restart with the West Indies struggling to score against the Indian bowlers.

Nation fell shortly after the match resumed and it was a progressive slide for the hosts who in the end could only muster 59/9 from their 20 overs. Chinelle Henry top scored with 11 off 18 deliveries while Chedean Nation had 11 from 27. Bowling for India, Radha Yadav had 2/6 from four overs, while Deepti Sharma had 2/12 from her spell.

The Indian Women achieved the target easily despite the loss of three wickets. Hayley Matthews accounted for the unstoppable Shafali Verma getting her stumped for a duck.

But it was all too little too late as a little bit of application from Jemimah and Deepti Sharma helped India over the line.

The fourth T20I will be played on November 17 and the fifth is scheduled for November 20. Both matches will take place at Providence.