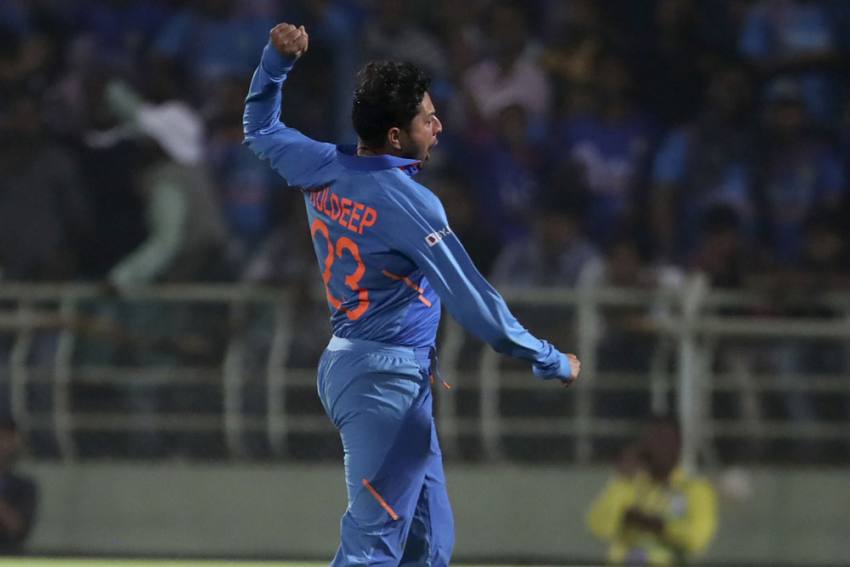 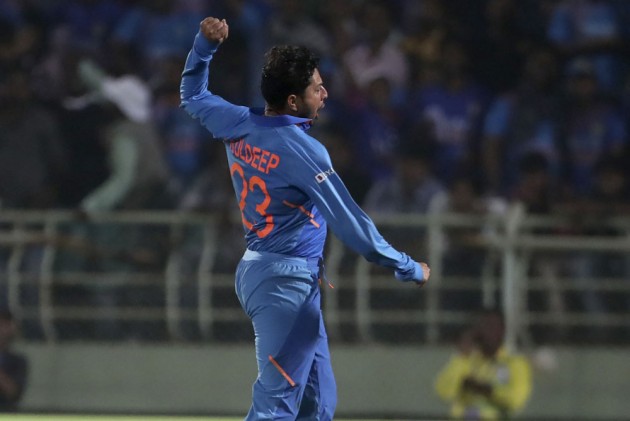 He achieved the feat during the second One-day International against the West Indies at Visakhapatnam.

The 25-year-old from Uttar Pradesh, who had claimed his first ODI hat-trick against Australia in Kolkata in 2017, dismissed Shai Hope, Jason Holder and Alzarri Joseph in the last three deliveries of the 33rd over to achieve the milestone.

"It has been a perfect day for me, taking a second hat-trick in ODIs. Still can't find words to describe the feeling," Kuldeep said.

"It has been tough for me in the last 4-5 months. I have worked hard and been bowling well, it was a very satisfying performance."

Chetan Sharma, Kapil Dev and Mohammed Shami are the other Indians to have claimed a hat-trick in international cricket.

Veteran Sri Lankan pacer Lasith Malinga is the only bowler in the history of the game to take three hat-tricks, including two in the World Cup.

Kuldeep achieved the feat in his eighth over with skipper Virat Kohli starting the proceedings with a stunning catch at deep mid-wicket, which sent opener Hope (78) back to the pavilion.

Holder was next in line as he was deceived in flight and Rishabh Pant whipped off the bails in time.

Alzarri then failed to pick up a wrong'un and was caught by Kedar Jadhav as his teammates celebrated.

Batting first, India scored a massive 387 for 5 and then returned to dismiss the visitors for 280 in 43.3 overs to register a comfortable 107-run win.

Kuldeep said he tried to vary the pace.

"There was not a lot of turn on offer but we had 380 runs and we knew they would come hard. I was just varying my pace," Kuldeep said.

"I was a bit confused as to which one to bowl; whether to bowl the chinaman or wrong 'un, I went for the wrong 'un and put an extra fielder at slip (on the hat-trick ball)."