Even though India lost the match, host commentators Sunil Gavaskar and Harsha Bhogle had a whale of a time together, playing the very popular game show KBC to solve the number four conundrum which has became a bane for the Virat Kohli-led side 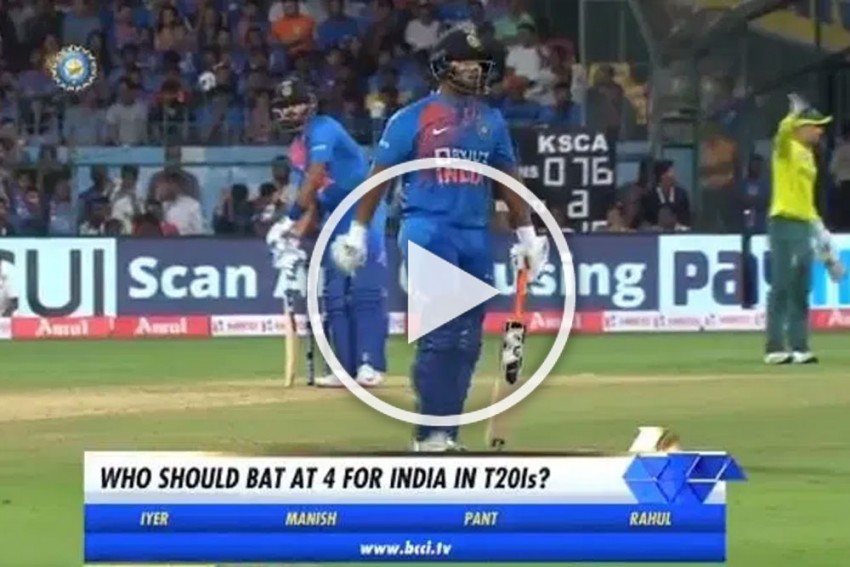 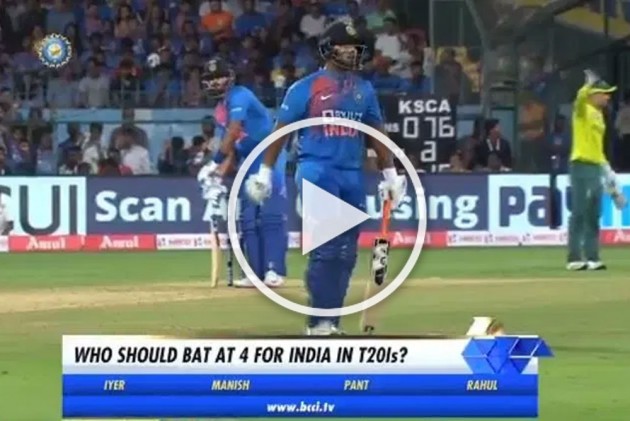 After the fall of Shikhar Dhawan in the eighth over, both Rishabh Pant and Shreyas Iyer were seen heading for the pitch in hilarious confusion. Iyer eventually backed out to allow the wicketkeeper-batsman to take the chance. But Iyer was soon required with skipper Virat Kohli getting out in the next over.

Then, former India captain Gavaskar and Bhogle took the opportunity to discuss the number four conundrum which continues to afflict Indian cricket team. And they came up what many fans believed to be one of the easiest ways to solve the problem, a la KBC-style, wherein the contestants (in this case, the Indian cricket board - the very venerable BCCI) are asked to chose from four options.

Both Pant and Iyer were there as two options, with Manish Pandey and KL Rahul making up the numbers.

This is gold from Sunny G ðÂÂÂðÂÂÂ
How is that for a KBC rendition, Sunny G Style ðÂÂÂðÂÂÂ#INDvSA pic.twitter.com/ha3uBjusUp

Both Pant and Iyer became victims of left-arm spinner Bjorn Fortuin, getting out 19 and five runs respectively as India managed a lowly total of 134 runs.

Proteas skipper Quinton de Kock played an unbeaten majestic knock of 79 off 52 balls to guide the visitors to a comprehensive nine-wicket win and level the three-match series 1-1. India won the second match at Mohali by seven wickets courtesy skipper Virat Kohli's unbeaten 72 off 52 balls, while the first match at Dharamsala was abandoned due to rain.

After the match, Kohli tried to diffuse the confusion, saying "I think there was a miscommunication. That was what I understood afterward.

"The batting coach had a word with both of them. There was a misunderstanding over who has to go at what stage," Kohli said. "It was a little funny as well afterward because they both wanted to walk in. So it would have been very funny if both reached the pitch, you know three batsmen in the field."

Asked who was originally slated to bat at number four, Kohli said they "had plans" according to phases.