During their ICC Cricket World Cup 2019 semi-final match against New Zealand at Old Trafford, Manchester on Tuesday, a tweak in the batting order can be expected from India considering the fragile middle-order and it may result in a shock debut for a talented player 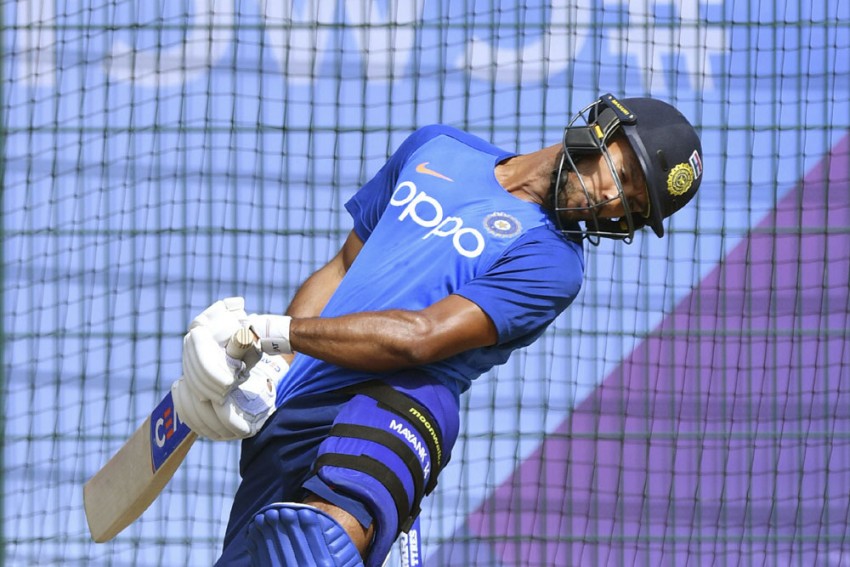 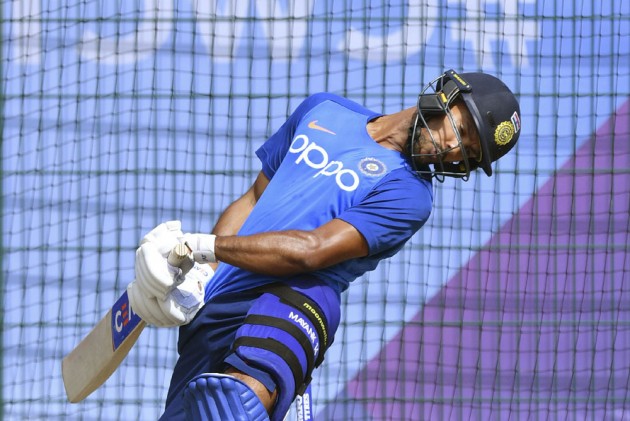 On the eve of India's ICC Cricket World Cup 2019 semi-final match against New Zealand, Mayank Agarwal was seen practicing in the nets which led to fan speculations that the 28-year-old is set for probably the biggest ODI debut for any player.

Agarwal, who replaced Vijay Shankar in the India squad for the remainder of the tournament, shared a picture from India's practice session.

"Doing what I love. Loving what I do," Agarwal tweeted.

Doing what I love. Loving what I do. #PracticeSession #CWC19 pic.twitter.com/hx6b0O6BEg

Presumptuous fans took it for a clue to Agarwal's imminent debut.

A tweak in the batting-order is expected considering the fragile middle-order, with KL Rahul coming down the order, thus leaving a position at the top of the batting order one of the openers' positions vacant for Agarwal.

In such a scenario, veteran Dinesh Karthik is likely to lose his spot in the XI. Can India go for such a dramatic change, as hinted by celebrated commentator Sanjay Manjrekar? If Agarwal goes onto play the match, it will be remembered as one of the biggest ODI debuts for any cricketer.

India have not played NZ before in this WC & this pitch is unlikely to be a used worn out pitch. India must plan for semis without any hangover of last four games.#INDvNZ #ICCWC2019

Here are some fan reactions though.

Be prepare you are in

Bhaiya @mayankcricket
, you are idol of patience...
Now the time is yours,
Just do what is neededðÂÂÂÂÂÂÂÂÂÂÂÂðÂÂÂÂÂÂÂÂÂÂÂÂ.

@imVkohli If we want to get to the final,do consider playing Mayank Agarwal or anybody in openers places,KL is just not cut out for the pace of NZ bowlers as you be already knowing...best wishes though

Also will risk taking #MayankAgarwal as opener & strengthen middle order by keeping #KLRahul at no.4 coz #RPant is a hit & miss batsman at that slot. So if 1,2,3 get out cheaply, team won't get a big score @RaviShastriOfc @imVkohli

I think you are absolutely Right.
And if India really needs to strengthen the middle order, Mayank Agarwal can come in but not in place of Jadeja but Pant /Dhoni

Let the play Kuldip & Jadeja as spinners...and get Mayank Agarwal replace of Pant in playin XI....

If collapse happens he can save Pant Hardik and Dhoni for later part of the innings. I don't trust DK vs quality pacers like Boult Henry and Lockie.

Agarwal, who has played two Tests and is yet to play an ODI, was called in to replace all-rounder Shankar last week. Shankar was ruled out of the tournament after sustaining a toe injury.