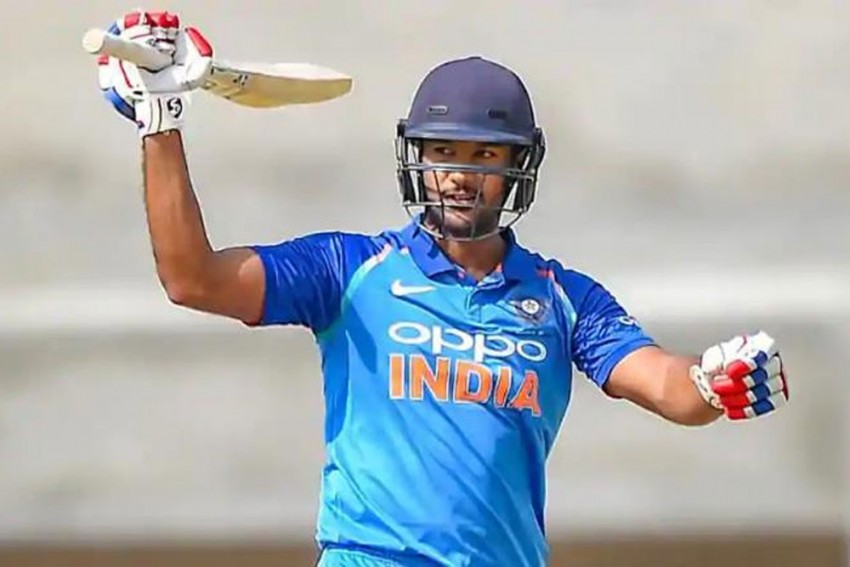 It's claimed that Karnataka opener Mayank Agarwal's performance in England during the last ‘A’ series has been factored in while deciding his name.
AP Photo
Outlook Web Bureau July 01, 2019 00:00 IST Cricket World Cup 2019: ICC Approves Mayank Agarwal As Replacement For Injured Vijay Shankar 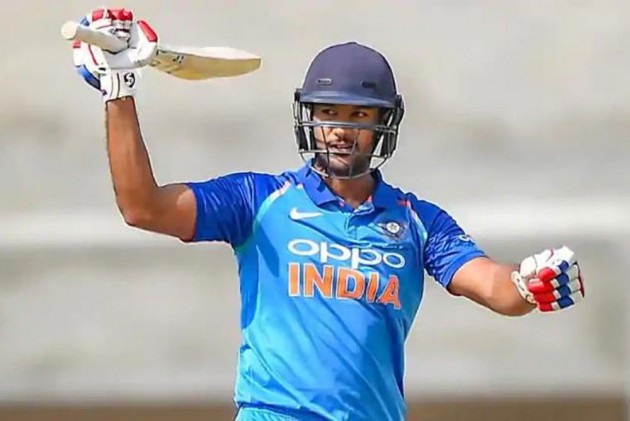 The International Cricket Council (ICC) on Monday confirmed that the Event Technical Committee of the ICC Men’s Cricket World Cup 2019 has approved Mayank Agarwal as a replacement player for injured Vijay Shankar in the Indian squad for the remainder of the tournament.

All-rounder Shankar has been ruled out of further participation in the World Cup due to a toe injury sustained during a training session. He was hit on the toe by a Jasprit Bumrah yorker. Agarwal, a 28-year-old top-order batsman, has played two Tests, but is yet to play an ODI. He has been a prolific scorer in the Indian domestic tournaments.

Shankar is the second Indian player to be ruled out of the tournament, after senior opener Shikhar Dhawan exited due to a thumb fracture, sustained in the game against Australia. Rishabh Pant had replaced him.

"Vijay Shankar sustained a non-displaced fracture of the left big toe, which will require a minimum of three weeks to heal. The injury rules him out of the ongoing World Cup. The Indian team management has requested the ICC to consider Mayank Agarwal as his replacement," the BCCI said in a statement.

It has been learnt that Karnataka opener Agarwal’s performance in England during the last ‘A’ series under Rahul Dravid's coaching has been factored in while deciding his name. India A won the ODI tri-series involving England Lions and West Indies A with Mayank and Prithvi Shaw topping the batting charts.

"The Indian team management has asked for Mayank Agarwal as a replacement since he is an opener and also it might give KL Rahul a chance to get back to the No.4 position in case Rishabh Pant fails in the next two games," a source told PTI.

Rohit Sharma had talked about Shankar's injury on Sunday but it was presumed to be an old hit that he took to Southampton. It now seems that Shankar's toe injury has aggravated after playing against Afghanistan and West Indies. "There is no uncertainty with regard to the number four position. Vijay Shankar was supposed to play but before the game he got hit on the toe by Jasprit and he wasn't fit. Every team will have these one or two changes happening every now and then," he said after India lost to England.

Shankar scored 29 against Afghanistan and 16 against West Indies before getting out. He also got a couple of important wickets against Pakistan.