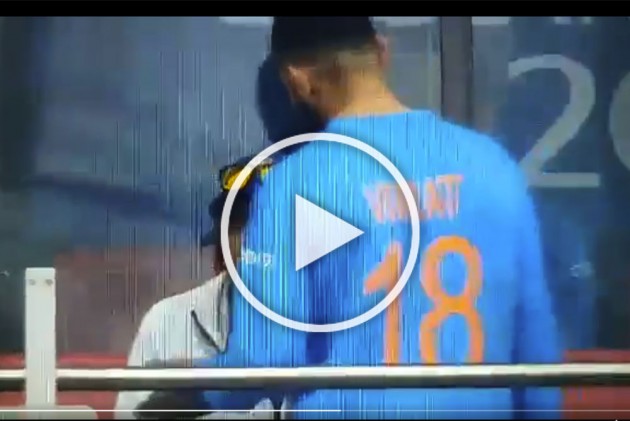 India's dreams of winning a third Cricket World Cup title ended on Wednesday, losing to New Zealand by 18 runs in their semi-final match of the 2019 edition at Old Trafford, Manchester.

Chasing New Zealand's 239/8, India got off to a disastrous start. By the fourth over, India were 5/3 with the top-three -- Rohit Sharma, Virat Kohli and KL Rahul -- gone.

Rishabh Pant, who was promoted ahead of the likes of experienced batsmen liked Dinesh Karthik and MS Dhoni, needed to bat cautiously. That he showed for a while, by facing 55 balls for 32 runs. Then a sudden rush of blood ended his knock.

He played wild heave off the fifth ball of the 23rd over, bowled by Mitchell Santner, and ended up offering an easy catch to Colin de Grandhomme to leave India at 71/5.

Just after the dismissal, a visibly furious Kohli came out of the dressing room and went straight to Ravi Shastri, who was seated at the balcony and fired some words at the head coach.

A 116-run stand between MS Dhoni and Ravindra Jadeja did revive the innings, but once they are out, it became one-way traffic for the 2015 finalists.