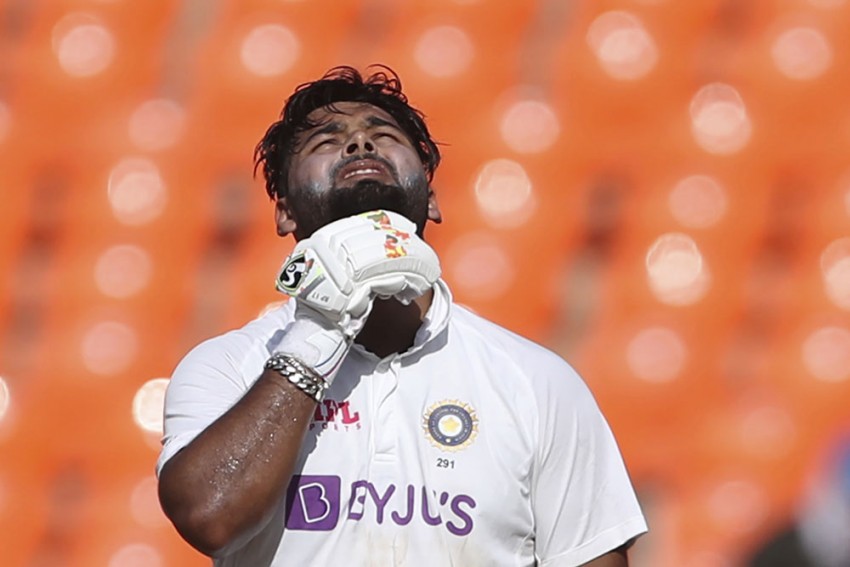 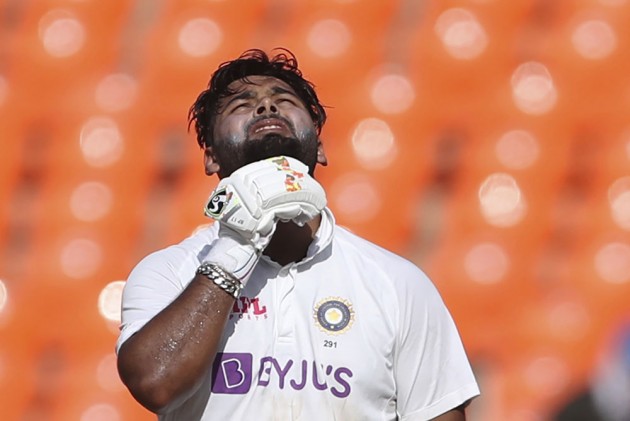 Rishabh Pant once again proved his worth by playing a potential match-winning knock on Day 2 of the fourth and final Test against England at the Narendra Modi Stadium, Ahmedabad Friday.

The wicket-keeper batsman hit his maiden Test century at home as India fought back from 121/5. Pant and Washington Sundar stitched the biggest stand of the match. They added 113 runs in 158 balls as India reached 259/7 in 84.1 overs.

Pant, in the process, joined Wriddhiman Saha as the Indian wicketkeeper with second-most centuries. Saha also has three tons in 50 innings, as against Pant's three in 33 knocks. Legendary MS Dhoni leads the chart with six centuries in 144 innings.

His two previous centuries have come against England (114) at The Oval in 2018 and an unbeaten 159 against Australia at the Sydney Cricket Ground in 2019. And he has four nineties, including three in India.

His stand with Washington helped India take lead on a deteriorating Motera pitch with more than three days' play left in the match. India need at least a draw to qualify for the ICC World Test Championship final against New Zealand.

And now, Pant has emerged as the player who will definitely India's charge as they eye Lord's showdown.

Until recently, despite his many crucial knocks, was labeled as a liability due to his not so nuanced wicketkeeping skills. But that aspect of his game has also earned plaudits in this series, thanks to some brilliant work behind the wicket.

After missing the series opener and scoring 29 in Melbourne Down Under against Australia, Pant has scored runs effortlessly in 2021.

He is currently India's highest Test scorer in 2021.