Rishabh Pant hit 101, while Washington Sundar was unbeaten on 60 as India finished the day on 294/7. Catch the highlights of IND vs ENG match Day 2 from Narendra Modi Stadium, Motera, here 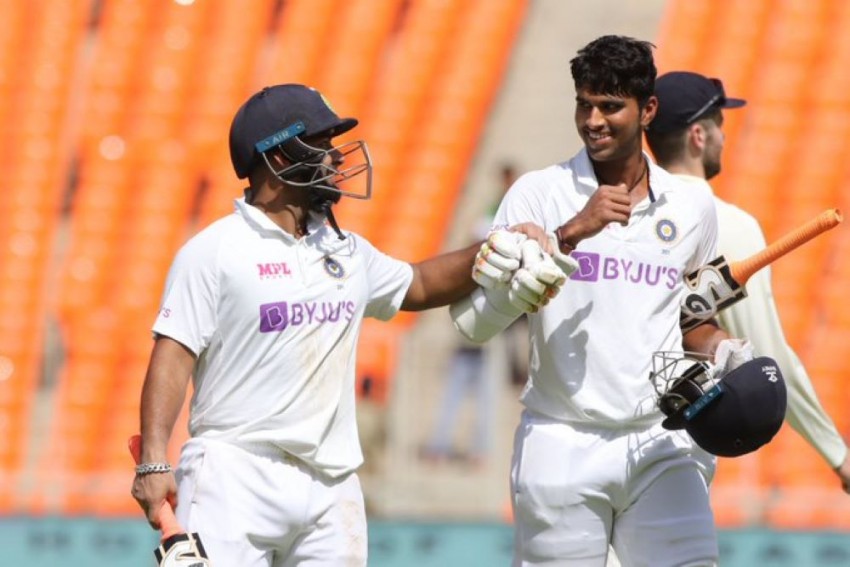 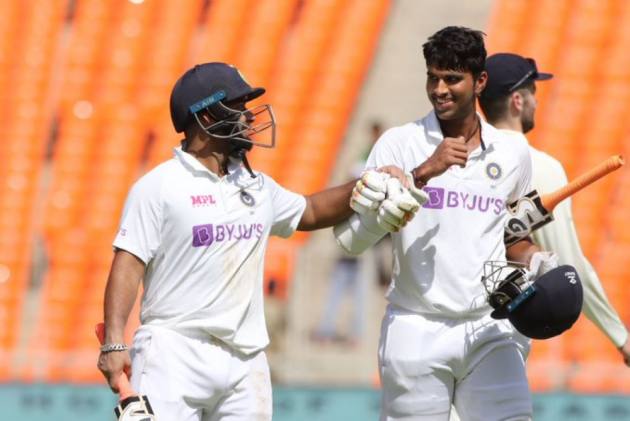 Wicket-keeper batsman Rishabh Pant scored a well-compiled century, while Washington Sundar hit an unbeaten fifty as India reached 294 for seven at stumps on day two of the fourth and final Test against England at Narendra Modi Stadium, Motera in Ahmedabad on Friday. Pant cracked a 118-ball 101 studded with 13 hits to the fence and two sixes to anchor India's innings after a 144-ball 49 by opener Rohit Sharma at the top. Washington Sundar also scored a crucial 60 and was at the crease alongwith Axar Patel (11) at the draw of stumps here. India now lead by 89 runs with three wickets in hand. For England, veteran pacer James Anderson (3/40) was the best bowler as he scalped three wickets, while Ben Stokes (2/73) and Jack Leach (2/66) also accounted for two wickets apiece. India are leading the series 2-1 and need just a draw to qualify for the World Test Championship final against New Zealand to be held in June.  Brief Score: England 1st Innings: 205 all out in 75.5 overs (Ben Stokes 55, Dan Lawrence 46; Axar Patel 4/68, Ravichandran Ashwin 2/47, Mohammed Siraj 2/45); India 1st Innings: 294 for 7 in 94 overs. (Rishabh Pant 101, Wasington Sundar 60, Rohit Sharma 49, James Anderson 3/40).

9:00 AM IST: Welcome to the Day 2 of the India-England 4th Test match live from Narendra Modi Stadium, Motera in Ahmedabad.