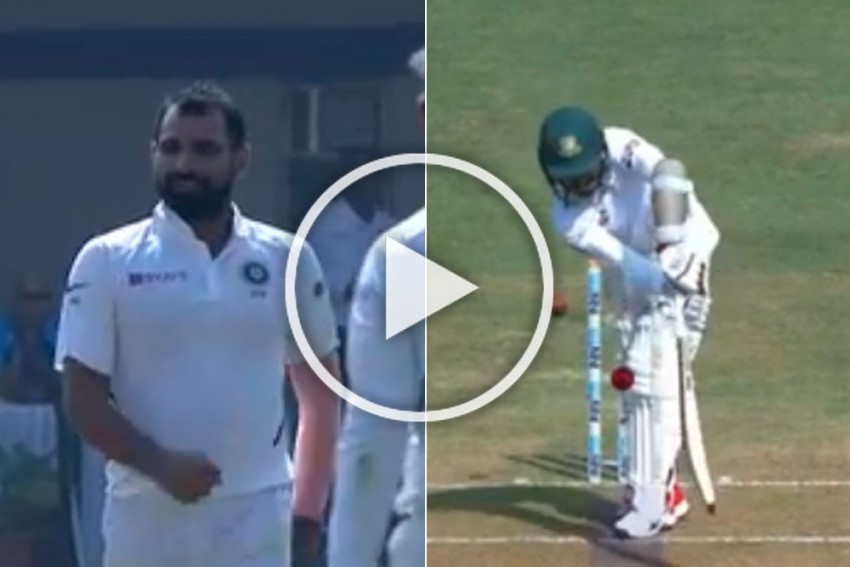 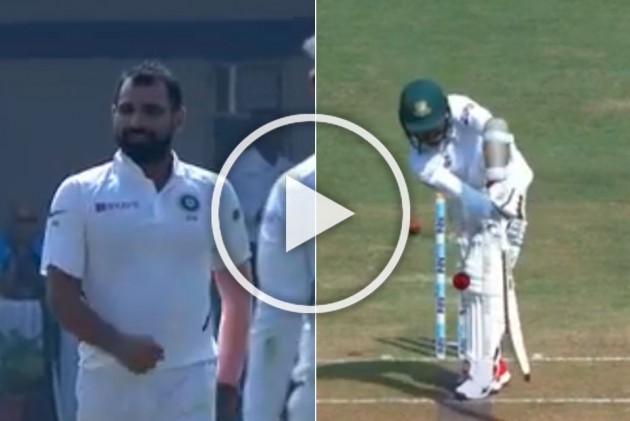 Proving why he is considered as one of the world's best fast bowlers, Indian pacer Mohammed Shami produced an unplayable delivery on Day 1 of the first Test against Bangladesh at Indore on Thursday.

After Umesh Yadav and Ishant Sharma got the wickets of openers Imrul Kayes and Shadman Islam respectively early in the morning, Shami trapped Mohammad Mithun in front to reduce Bangladesh to 31/3 at the end of 18th over.

Mithun came forward to defend the last ball of the over, but he was undone by the lateral movement of the ball and got hit on the pad, in front of middle and leg. No hesitation from the umpire to raise the finger.

There was a muted chat between the two Bangladeshi batsmen in the centre, but skipper Mominul Haque abandoned Mithun.

Earlier, Haque won the toss and opted to bat in the opening Test of the two-match series at the Holkar Cricket Stadium.