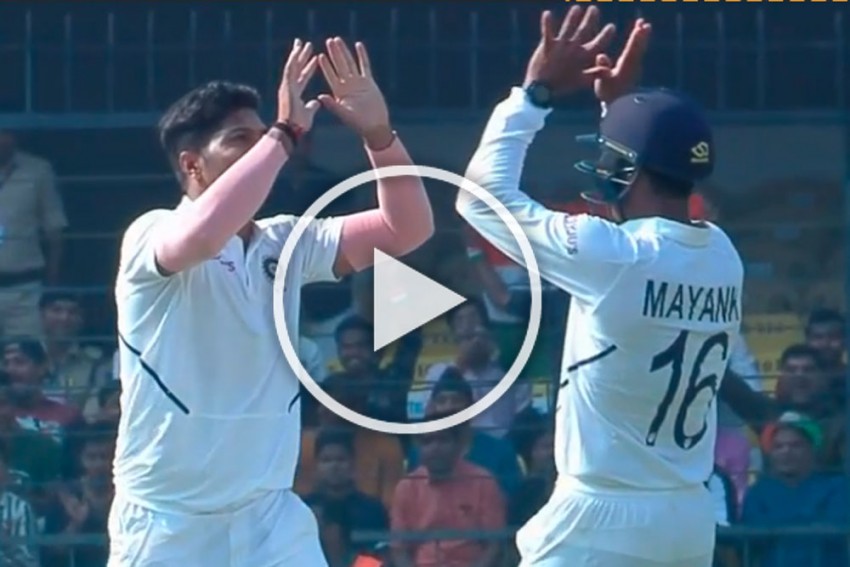 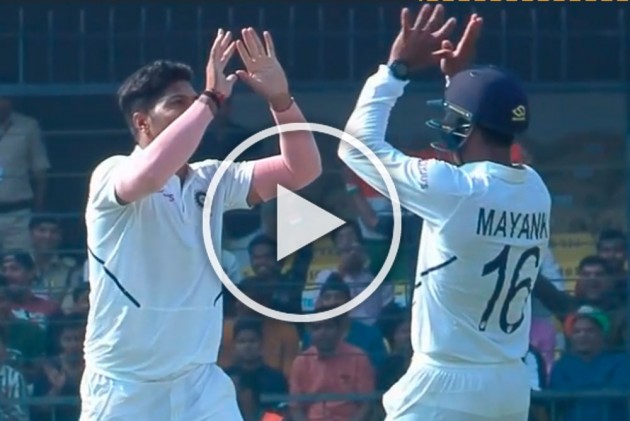 Pacers Umesh Yadav and Ishant Sharma gave India a dream start in the first Test match against Bangladesh at Indore on Thursday.

Bangladesh skipper Mominul Haque won the toss and opted to bat in the opening Test of the two-match series at the Holkar Cricket Stadium.

But the visitors lost both the openers inside the seventh over on Day 1 with Yadav and Sharma getting the wickets of Imrul Kayes (6 off 18) and Shadman Islam (6 off 24) respectively.

Yadav, after beating the batsmen on numerous occasions, squared up Kayes and managed to extract an edge with the last ball of the sixth over. Ajinkya Rahane completed the rite at gully with a relatively easy catch.

In the very next over, six balls later to be precise, Sharma had Islam caught behind with a fuller delivery which kept climbing even after getting an outside edge. Then, Bangladesh were 12/2.

Watch both the dismissals here.

Sharma returned to the playing XI as India once again go with three pacers, Mohammed Shami being the third. Shami also joined the fun with the wicket of Mohammad Mithun, trapped in front for an LBW with the last ball of the 18th over. The trio will have the support of imperious spin twins -- Ravichandran Ashwin and Ravindra Jadeja.