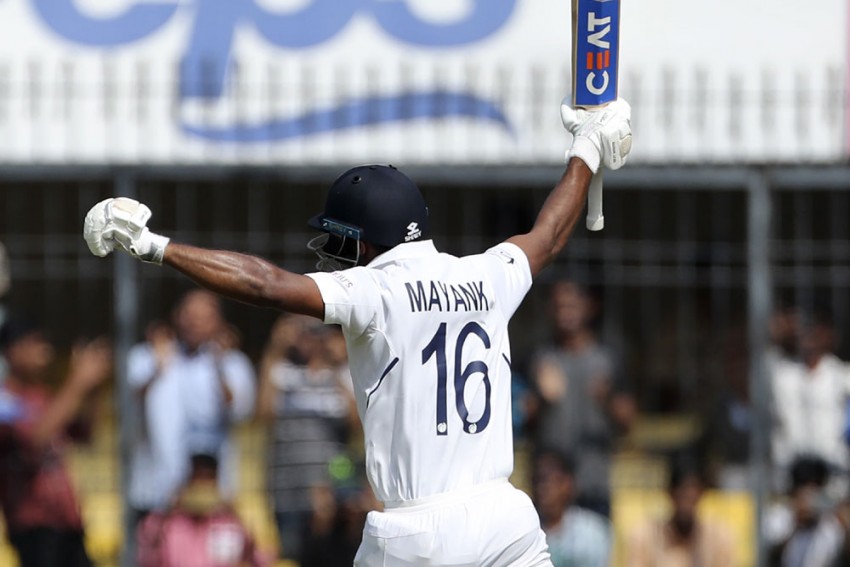 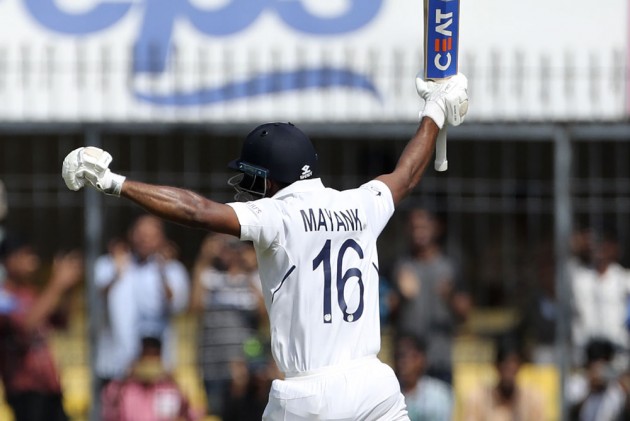 Mayank Agarwal scored his third century as India continued to dominate Bangladesh for the second consecutive day in the first Test at Indore Friday.

Agarwal brought up his hundred with a double off the third ball of the 60th over, bowled by Ebadat Hossain. In the process, the 28-year-old joined Aussie Steve Smith and team-mate Rohit Sharma as the batsman with most hundreds in the ICC Test Championship. All three have three centuries each.

Since the start of the ICC Test Championship, all three have hit two hundreds and a double hundred each.

Smith, who dominated the Ashes series in England hit back-to-back tons (144 and 142) in Birmingham then compiled 211 at Manchester.

Rohit, who was elevated to open the innings during the South Africa series, also hit back-to-back tons (176 and 127) at Visakhapatnam, then another 212 at Ranchi.

Before today, Agarwal had hit 215 at Visakhapatnam and 108 at Pune against South Africa.

Euro 2020 Qualifier: Germany To Flirt With 'Sexy Football' Against Belarus