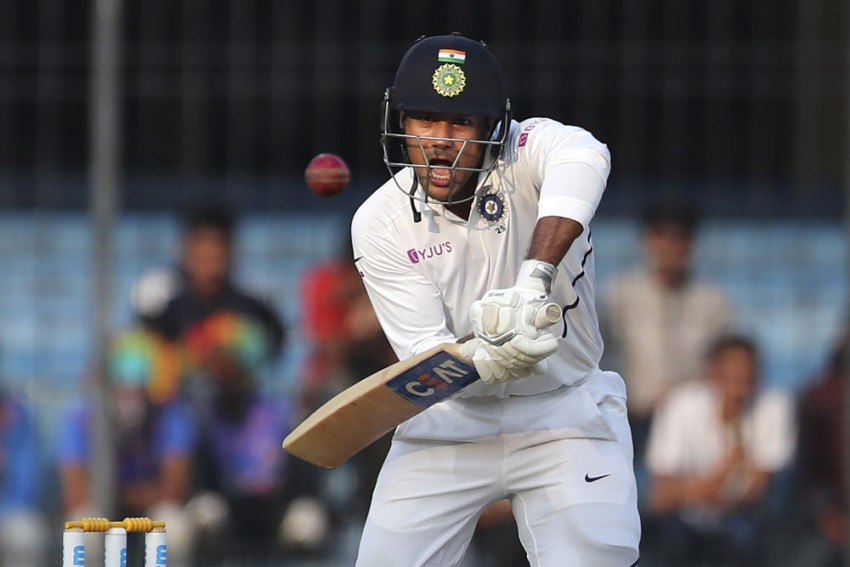 After the failure in the Ranchi against South Africa, Mayank Agarwal hit his fourth fifty on Day 2 of the first Test against Bangladesh as the opener continued to establish himself as one of the most valuable members in Virat Kohli's all-conquering team.

Agarwal, who hit back-to-back fifties (76 and 77) against Australia at Melbourne and Sydney in his debut series, has now registered half-centuries against every opponent faced so far - vs Australia, West Indies, South Africa and now Bangladesh.

And all eyes will be on the 28-year-old as India look to consolidate their position Indore, especially after the fall of Cheteshwar Pujara and Virat Kohli in quick succession.

On Day 1, Indian pacers toyed with Bangladesh batsmen to restrict the visitors for a lowly 150, then an unheralded Abu Jayed responded in style claiming all three Indian wickets so far.

But the presence of Agarwal in the centre, who has a penchant for scoring big hundreds, will allow India to dictate the terms.

The right-handed batsman reached his fifty with a classy four, hit over mid-wicket with absolute control, off the fourth ball of the 31st over, bowled by Ebadat Hossain.

For the record, Agarwal has scored four fifties and two hundreds in 12 innings (eight matches). He now has 61+ batting average.

By the way, in the Ranchi Test, he managed just 10 runs, which is his second-lowest score, after five against the West Indies at North Sound.